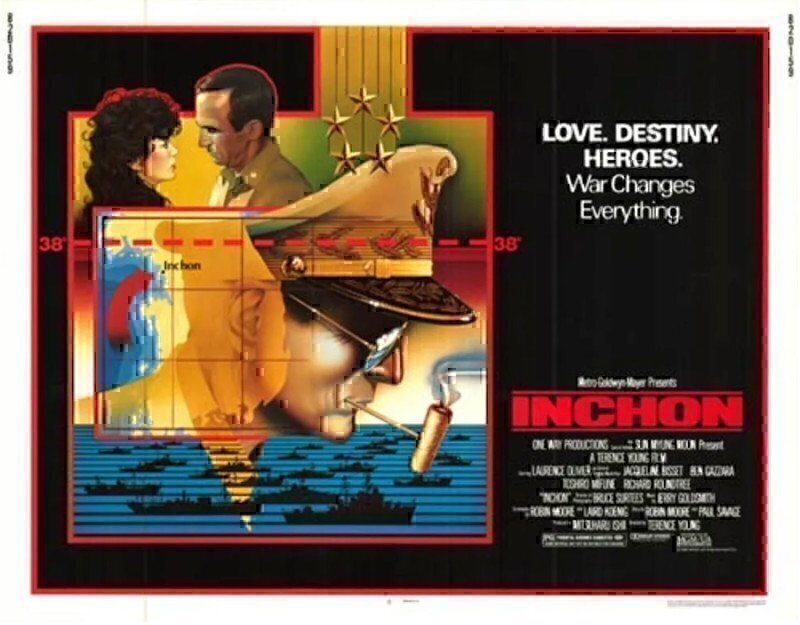 And the movie poster looks like a bad Choose Your Own Adventure book or a good Atari game.

There’s no movie magic like a Korean War epic funded by a cult. The film’s star told the world he did it for the money, the actress portraying the love interest decided to quit being a movie star after shooting wrapped, and the movie’s Washington, D.C. premiere was picketed by anti-cult activists.

“Inchon” was never released on video or DVD. When Ronald Reagan screened it at the White House, all he could say was “For once we’re the good guys and the Communists are the villains.” It’s the little things.