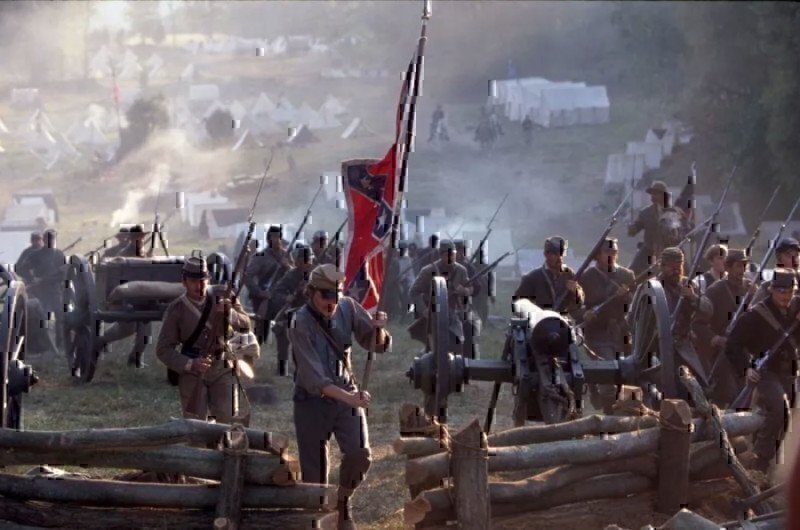 These are actually Civil War reenactors… and probably the only people who paid to see the movie. (Photo: Warner Bros.)

Roger Ebert called “Gods and Generals” a film “Trent Lott would enjoy,” referring to the Senator’s praise of segregationist Strom Thurmond. Noted author Jeff Shaara, whose Civil War-based books are highly praised and widely read, said the movie is nothing like his book and he has no idea how he could “let them butcher the book like that.” (But that didn’t keep him from holding onto the money he was paid for the film rights to the book).

Article Name
Bombs Away! Here are the 13 Worst Military Movies in Hollywood History
Description
Here are 13 military movies Hollywood probably wishes it could take back in order of the least to the worst offenders.
Author
Blake Stilwell
Publisher Name
G.I. Jobs
Publisher Logo