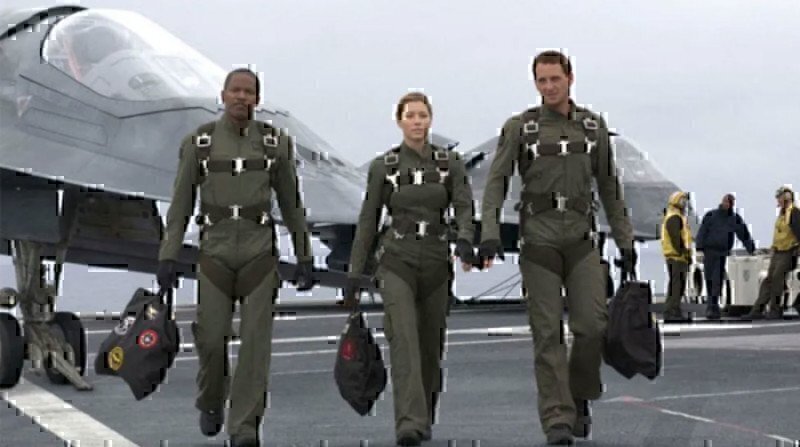 “Just walk away and pretend it didn’t happen.” (Photo: Sony)

A robot plane (stop laughing) is based in downtown Rangoon (which hasn’t been called that since 1989). After it’s hit by lightning, it becomes more alive (stop laughing, this is serious) and one of the pilots trying to stop it gets shot down over North Korea. Some more stuff happens, and then they discover the plane has feelings.