How one veteran-owned business is cashing in on the need for secure transport and distribution of marijuana in California. Are successful entrepreneurs born or made? Army veteran Todd Kleperis might be proof they are both. Kleperis is co-founder and chief executive officer of Hardcar, a leader in the legal cannabis distribution, secured storage, transport and banking space. But his first entrepreneurial foray was building loft beds for dormmates at Babson College, where he was studying entrepreneurship while serving in the Army Reserve.

“In college, I was an entrepreneur because I had to make money,” says Kleperis, who nearly 30 years later has not forgotten his $24,763 annual tuition bill. “A couple of girls saw me build a loft. I ended up building them one and then all the girls in their row asked me if I could build the same thing. That turned into a business I made quite a bit of profit on.” 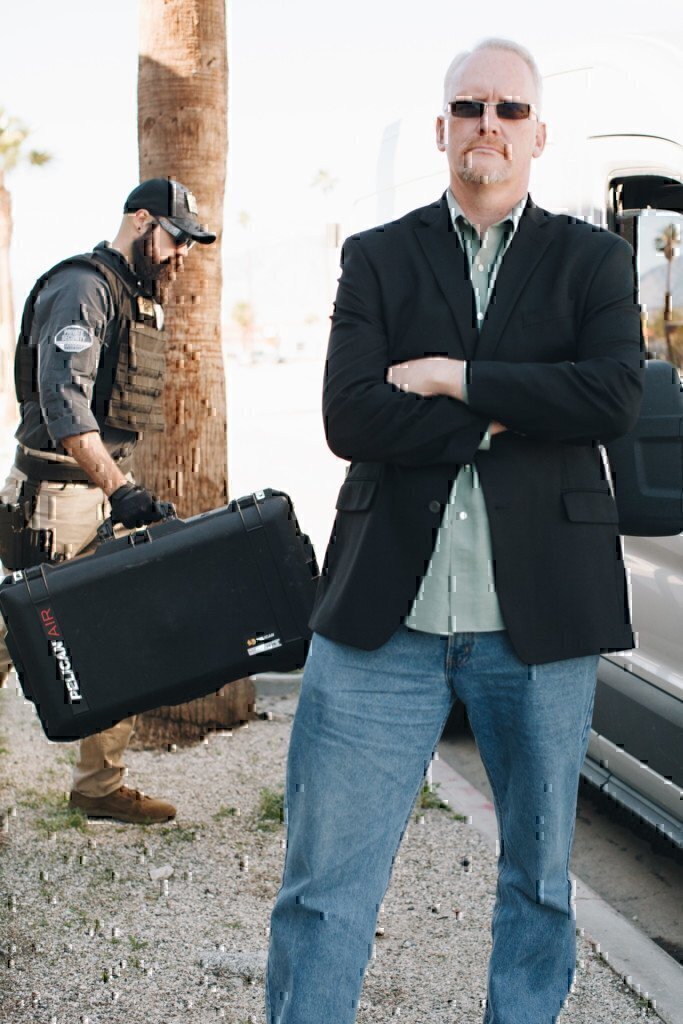 His loft-building business provided as valuable a lesson in entrepreneurship as those found in his college textbooks. Namely, that successful entrepreneurs solve problems people may not know they need solved. “I was maximizing the square footage in that college dorm room,” Kleperis recalls. “All the sudden, I had created an industry. It was kind of like Uber. Uber solved a problem people didn’t even see.”

When Kleperis co-founded California-based Hardcar in 2016, he again put his problem-solving skills to the test. Though California would not legalize recreational marijuana use until two years later, medicinal marijuana growers, manufacturers, testing labs and dispensaries were navigating a trip mine of compliance and security issues when transporting products and cash. Legalization of recreational marijuana would create a booming cannabis industry with nightmarish logistical and security problems.

Kleperis and co-founder Jeff Breier were convinced cutting-edge technology combined with military know-how could provide the answer to how hundreds of thousands of dollars’ worth of cash and product could legally and securely be transported between businesses across the state. “Who better to do that than the military,” Kleperis said. “It was all rather fortuitous. Jeff came to me and I had been friends with him for a long time. We didn’t have to go back and forth and figure out if we were the right guys to work together.” Today, 85 percent of Hardcar’s employees are military veterans, most with combat training and boots-on-the-ground experience. Kleperis says veterans bring skills not routinely found in the civilian workforce. 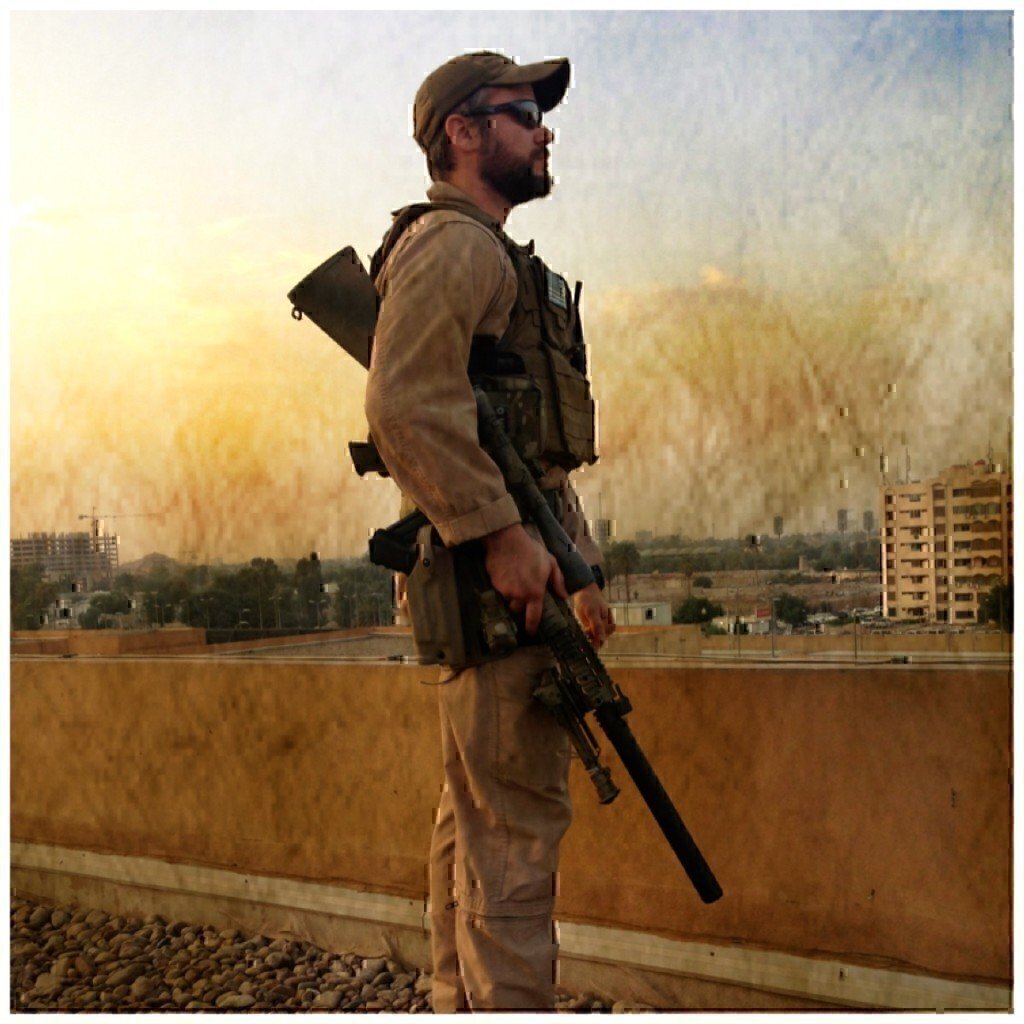 Matt Orth, 35, joined Hardcar with a resume that included six years as a Marine Corps scout sniper as well as time as a private security officer and a State Department security contractor in Iraq with SOC. When he met with Kleperis, he suggested the standard operating procedures followed when protecting cannabis and cash should not be much different than those used to protect State Department officials on the move in a war zone. He got the job and was assigned to help open Hardcar’s Florida operations.

“I go to conferences and I’m dealing with chemical engineers,” he says. “I’ve dealt with an aerospace engineer, people from MIT and Harvard. A gentleman I talked to built the plasma bulbs on the Space Station. It’s not your typical ’70s burnout you are dealing with in this industry now. It’s a professional industry.” Hardcar is the largest armored distribution company in the cannabis industry, and the only California company licensed to carry both cash and product at the same time. Its fleet of hi-tech armored vehicles boast industry-leading firsts such as refrigerated trucks that deliver frozen cannabis directly to extractors. The company grew 798% in 2017, Kleperis says. But its path to success has not been straight forward.

“If you get into this space, expect a lot of change,” Kleperis says. “I mean massive change. Prepare to be able to pivot and change your entire business model, which we’ve done twice already. We started off as a transportation company just moving cannabis and then I saw a big play in the banking environment, so I went toward banking but kept the distribution going. We also started a security company to do installations … That’s now in our rearview mirror because that portion of the business was not profitable enough.” 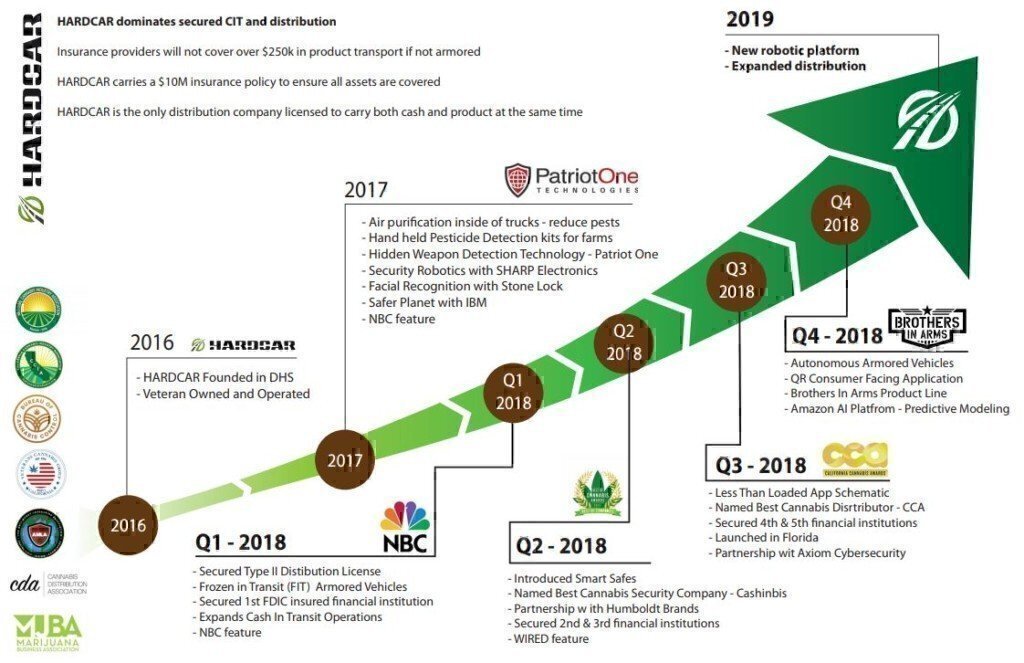 Kleperis spearheaded one of the industry’s biggest breakthroughs last year when he gained access to the Federal Reserve banking system in California for some of Hardcar’s biggest clients, a first for the all-cash industry that effectively had been barred from using traditional banks. Because marijuana remains a Schedule 1 controlled substance under federal law, most federally regulated banks and credit unions will not accept cash generated by businesses in the marijuana space. The end result is the cannabis industry has a cash problem that puts businesses in danger and raises transaction costs.

For now, Kleperis is focusing his attention on California, home to the world’s largest legal cannabis market. But Hardcar is prepping for future expansion to Florida and other states where recreational marijuana use soon may be legalized. Kleperis’ ultimate goal is to “facilitate the employment of hundreds, if not thousands, of veterans, support some great programs to bring education to people who may need it and support our industry. Grow out the cannabis space so we are the dominate force in the United States in what we do.”

Meanwhile, the company continues to innovate, launching a proof-of-concept autonomous armored vehicle in California, with an eye toward the state removing regulatory barriers for the use of self-driving vehicles. “Keep in the lead,” Kleperis advises. “Keep doing things other would not do – that do not put your company at critical risk to fail unless you have the burn in your belly and you know it’s right. If you know the direction is right and you leap, you will not fail. Your passion will drive it forward.” But, he adds, “New and better is not always the win. Solving the problem with new is.” Bringing a problem-solving idea to fruition takes money, which means entrepreneurs face a money challenge.

“It always takes money, a lot of money,” says Kleperis, noting he and Breier “leveraged everything we had” to get Hardcar off the ground. He says most entrepreneurs must look for funding from all possible sources, from friends and family to crowdfunding and small business grants and loans. “There are not many businesses you can start for free, so you must look for resources upfront,” he states. “I would not start a business without enough backup.” 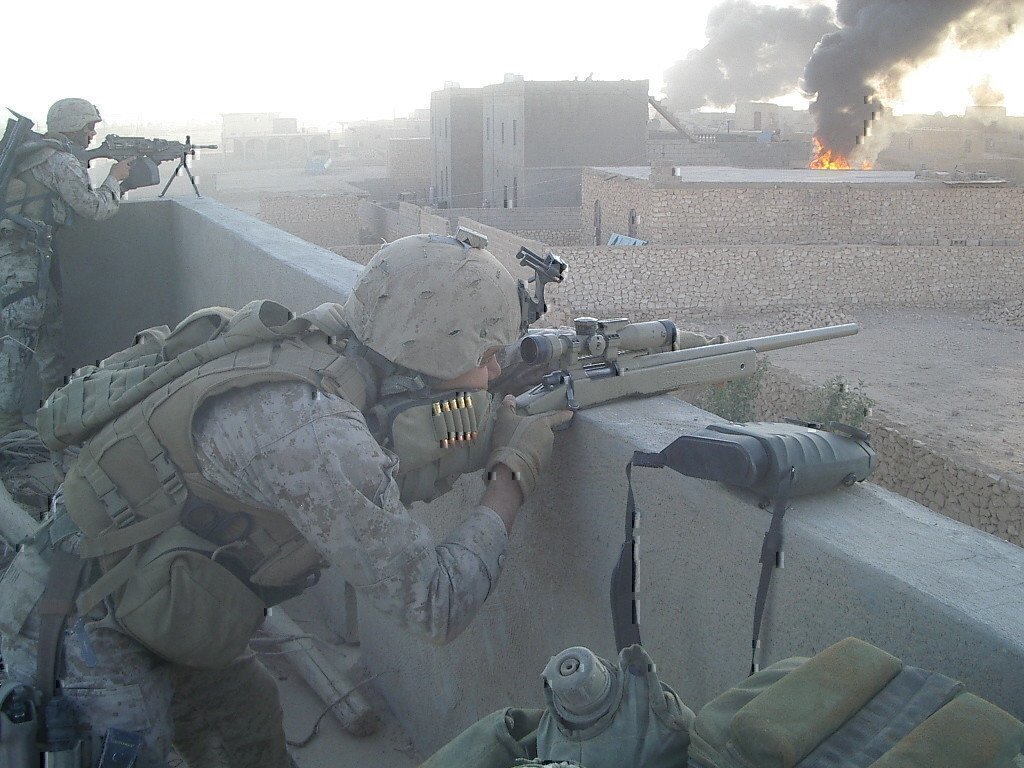 A serial entrepreneur, Kleperis’ name is attached to four U.S. patents for smart tracking devices. In 2008, he founded iContain, a startup that offered smart devices that enabled companies to turn off, lock down or locate their goods. But before launching his own company, he honed his technology development skills in Asia in a series of executive-level sales positions. Kleperis considers sales experience a “must have” for any would-be entrepreneur.

“Sales is a part of every CEO’s role,” he points out. “Finance is also very important. So, a combination can be really powerful. You need to know numbers and how to sell your vision. Solve the problem and win the game.” Kleperis’ goals for Hardcar extend beyond development of the company’s core business. He believes Hardcar can play an important role in helping veterans overcome some of the challenges they face in transitioning to the civilian world. In addition to providing veterans with jobs and a background in entrepreneurship, Kleperis wants to educate them about the role medicinal marijuana can play in easing symptoms of PTSD, traumatic brain injuries and other medical issues.

“Preconceived notions about what the cannabis industry is has precluded people from getting into this space and kept veterans and a lot of really good people from trying the medicine that cannabis really is,” Kleperis maintains. “I was unaware of it. I was adamantly against it. I was in the military and told, ‘Nope. Bad, bad, bad.’ Now I realize how badly I’ve been snowed and how good it is for people.” 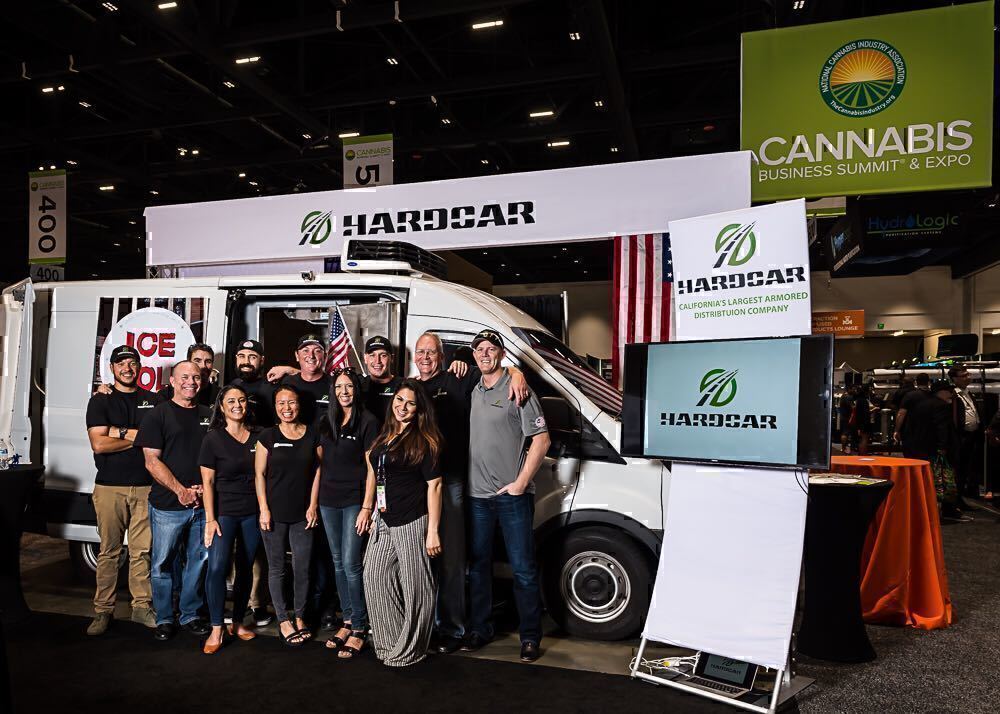 Kleperis spent six years in the Army Reserve, overlapping college with service as an enlisted administrative specialist. He minimizes his military experiences while routinely praising the heroism and sacrifices of the veterans on his Hardcar team. He argues today’s post-9/11 veterans have “not been treated well” by a Veteran’s Affairs lacking the resources to provide the necessary help or a medical system that spits out the “VA cocktail” of opioids and other drugs rather than turn to cannabis that can help PTSD, anxiety and chronic pain.

“If we can be the change or we can help two guys, three guys, give guys off the ledge or to start their own business, I would be eternally grateful, because the VA is trying, but they don’t have enough resources and aren’t doing a good enough job in my opinion to support the guys who really support this country,” says Kleperis, who has added a veteran advocate position within Hardcar.

Orth believes the military camaraderie that exists at Hardcar has helped turn around the lives of many Hardcar employees by replicating the bonds they experienced while on active duty. “Once they get back in the brotherhood and realize they have found a family again, they fill that void,” he said. “They get more productive. They become happy again.” For many veterans, Hardcar provides the building blocks to future entrepreneurship as well a paycheck.

“We’ve had people come work at Hardcar for a while and then say, ‘I really want to learn to grow,’” Orth explains. “It’s about the veteran, so we introduce them to the major farmers and growers we know in the industry. Go work for them or go start growing on your own. Todd preaches Hardcar is an education as well as your job.” 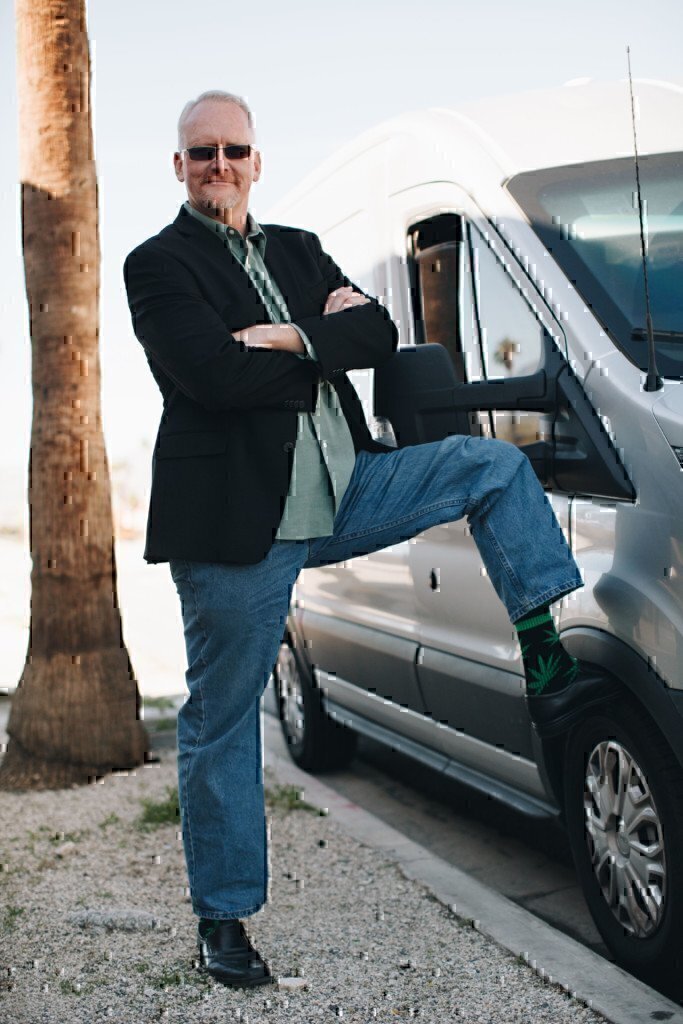 What is Next for Entrepreneurs?

While the Post-9/11 GI Bill is a valuable asset for transitioning veterans, Kleperis believes a college degree alone is not the secret to entrepreneurial success. “Entrepreneurship is very minimal book knowledge and a lot of actual action,” he states. “A guy coming out of the military with a desire and a passion and a focus on solving that ‘problem,’ he will be able to create a business. I don’t care if it is a landscaping business or a clone business in the cannabis space. Most passionate entrepreneurs, everyone from Jeff Bezos of Amazon to Bill Gates, started in their garage.”

Sergio Buenrostro, who served six years as a Marine Embassy Security Guard and five years as a State Department contractor, today is director of security for Hardcar’s Southern California operations. He is confident he has found a long-term career at Hardcar, but he says too many service members leave the military without a transition plan.