They say you can’t go home again, but former Navy culinary specialist Chad White would beg to differ. The Bravo TV “Top Chef” contestant and award-winning chef is finding a new round of success in his hometown after spending a decade honing his craft and racking up accolades in San Diego.

White, 36, joined the military on Sept. 11, 2001. Hours after watching the airliners strike the Twin Towers in New York City, White walked into a military recruiting office in Spokane, Wash., and joined the Navy because “the line was shorter.” 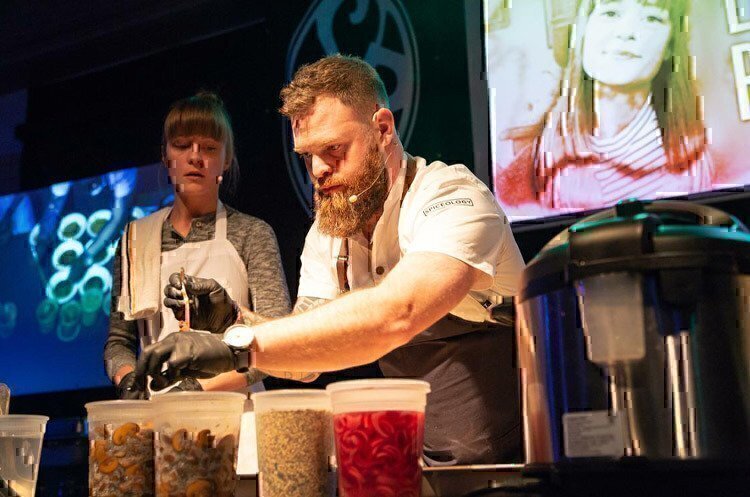 “The Marine line was around the block,” recalls White, who had planned to launch an art career. “I knew if I had to stand in the Marine line, I never was going to join. I’d talk myself out of it.”

He says his ASVAB score qualified him for only one job—Navy mess specialist.

White has catapulted that low score into culinary success. He spent four years in the Navy, serving aboard the USS John C. Stennis and USS Ronald Reagan in San Diego. While stationed at NAS Coronado, he landed a military externship at the historic Hotel del Coronado, an opportunity that led to a job offer. 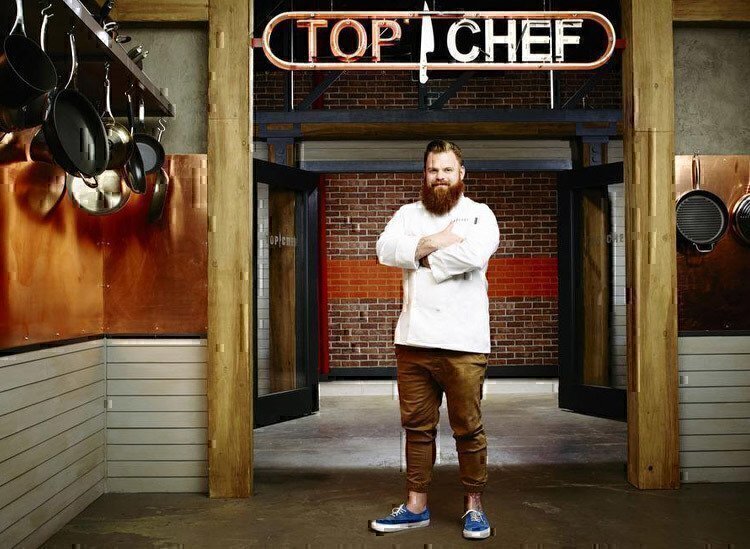 “I had a decision to make. Do I continue to stay in the Navy and serve my country or do I get out and further my career? At that point, I had fallen in love with cooking. It wasn’t a job any more. It was a passion.”

“It doesn’t matter if you are in the military or a line cook in a civilian job,” White says. “You might not be on an aircraft carrier, but you will get treated similar. You will have to earn your chops. That’s all part of the growth. This is not easy. Only 10 percent of chefs go out and make it because only 10 percent of chefs are putting in the work to get them where they want to go.” 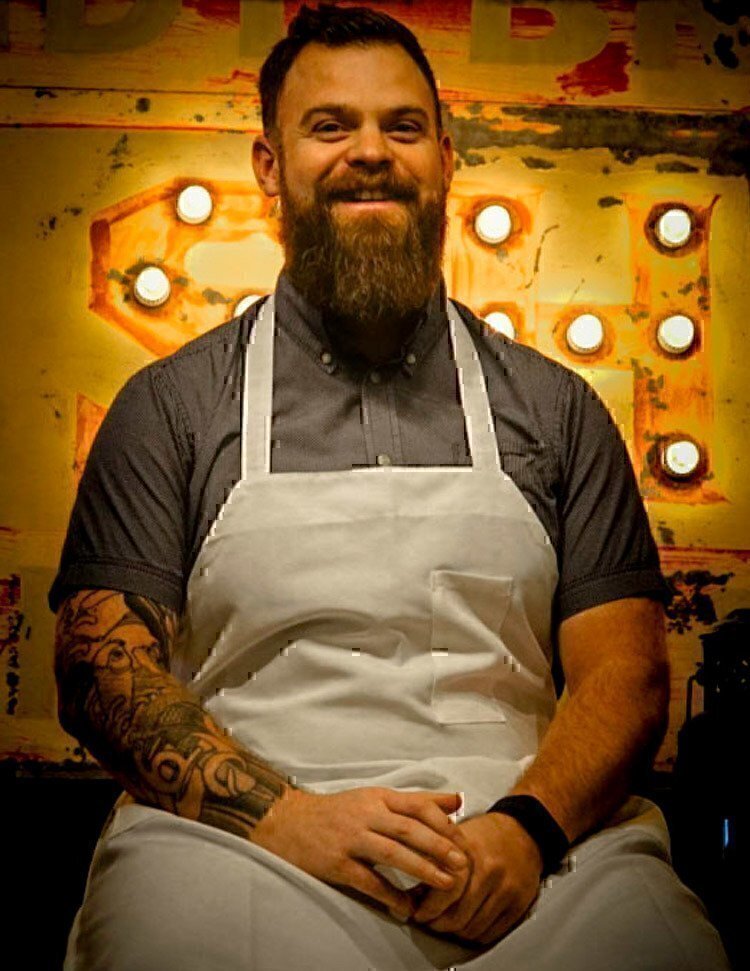 White made his mark in San Diego, where his post-military career included a string of successful restaurants and a reputation as an inventive Baja-inspired chef. In 2008, he became executive chef/part-owner of Sea Rocket Bistro. After selling that restaurant, he opened Craft Pizza Co. in La Jolla and then Gaberdine in San Diego and La Justina in Tijuana, Mexico. In 2014, White was named Eater San Diego Chef of the Year while racking up other restaurant critic awards. But his business partners’ decision to close his most ambitious San Diego restaurant, Comun Kitchen & Tavern, weeks after he returned from filming “Top Chef” was a massive blow.

“I was devastated,” White admits. “This was the biggest restaurant I had ever built. I wasn’t just an up-and-coming chef. I was one of the top 10 chefs in the city at that time.”

White made his TV debut on “Bizarre Foods” and joined the cast of “Top Chef” Season 13. He finished ninth, surviving culinary challenges that included creating a gourmet meal off the back of a golf cart in 90-degree temperatures in Palm Springs. Despite the show’s high-pressure environment and penchant for tossing chefs into makeshift kitchens in bizarre locations, White is grateful for the experience.

“It literally changed my life,” he says. “It has given me an opportunity to provide more jobs for people and the opportunity to provide experiences for my children I may not have otherwise been able to provide. It has given me experiences—traveling, cooking on other TV shows, cooking with ingredients I never would have and, of course, a salary I never would have had.” 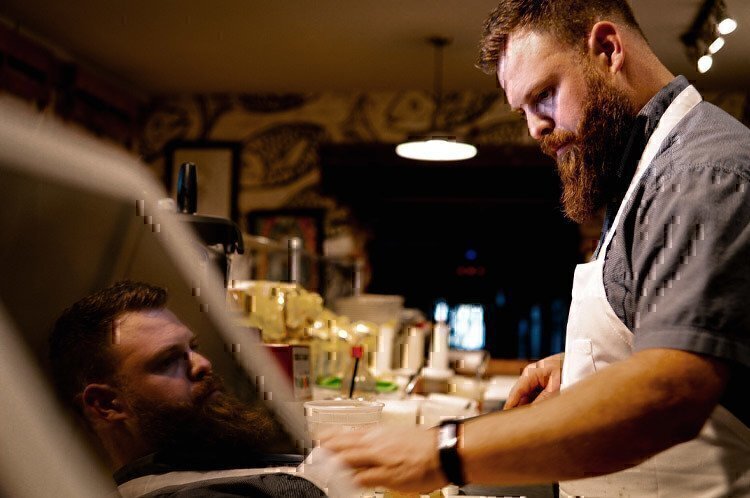 White credits hard work and a bit of luck for much of his success.

“There were opportunities to be in the right place at the right time,” he explains. “I had mentors I worked with—chefs I looked up to—and I worked very hard for them. When they received an opportunity they weren’t really interested in, they would be like ‘Hey, Chad. I’ve turned this down, but I think it’s a good opportunity. Is this something you may want to do?’” 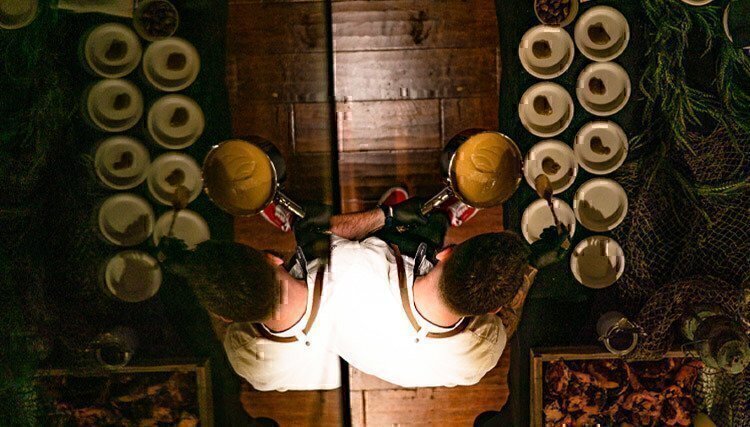 White’s advice to would-be restauranteurs is to understand that “when opening a restaurant there is never enough money.” 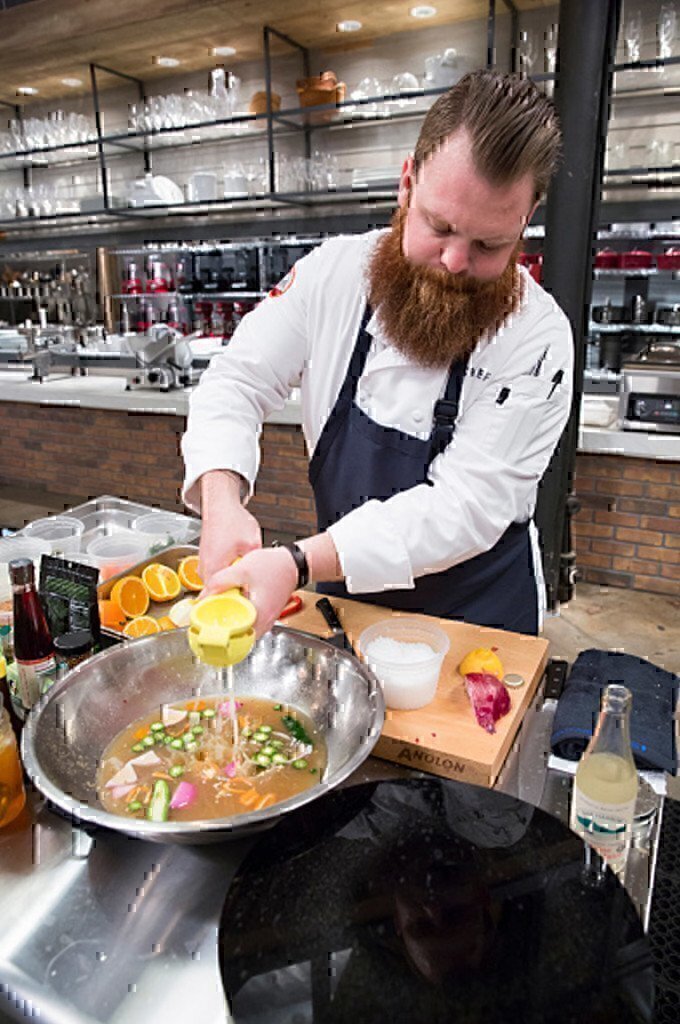 Veterans, however, have a built-in advantage in the restaurant industry.

“A military member going to a job in a kitchen will get in the trenches and bleed for me,” he says. “They will work hard because they’ve already worked hard. No. 2, I know they have discipline. Not everybody is going to make it, but I do believe a military individual has a higher chance for success in an environment like a kitchen that is quite cutthroat.”

Check out this story and much more for FREE in the digital July 2019 issue of G.I. Jobs magazine!