Robert became somewhat of a legend in the north. Not only did he deliver artillery, intel and a Confederate codebook, but the Planter itself was viewed as a prize for the Union and was recommissioned as a US Navy vessel. As a reward, Robert was given $1,500 and was designated as the ship’s pilot. On Dec. 3, 1863, the USS Planter was caught in the middle of a battle between the Union and Confederacy. The ship’s commander at the time, Capt. Nickerson, ordered Robert to surrender, but Robert refused, citing that the black crew members would likely be killed, including Robert himself, on whom the Confederacy had placed a $4,000 bounty. Nickerson was so scared that he hid under the deck of the ship as the battle continued. Robert stepped up and took command of the ship, piloting it out of harm’s way. For his bravery, Robert was appointed as commander of the USS Planter, becoming the first Black man to command a United States ship. Robert commanded the USS Planter until 1866 when the United States Army sold the ship.

After the Civil War ended, Robert took the $1,500 he was given and purchased the home where he was born and enslaved as a child. He even allowed the remaining McKee family members to stay on the property. As Reconstruction ramped up, Robert was commissioned as a brigadier general in the South Carolina militia. He also opened a general store, a newspaper, and a school for Black children. Many believe he was the first to organize comprehensive and compulsive public education for Black children in the United States. 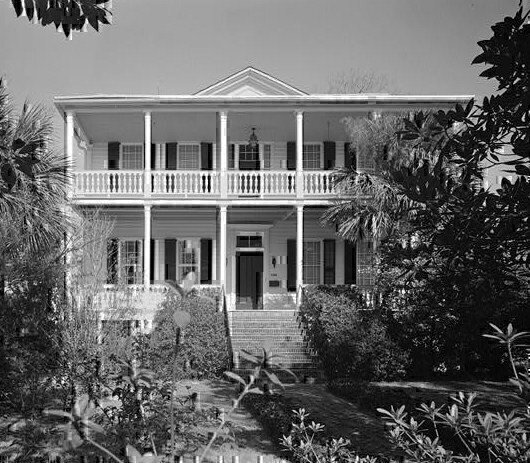 He eventually made his way into politics and served as a delegate to South Carolina’s Constitutional Convention. He was later elected to serve in both houses of the South Carolina legislature. Seeing bigger opportunities on the horizon, Robert was elected in 1874 to the U.S. House of Representatives. Partisan politics came into play during his tenure in Congress and Robert was accused of accepting a $5,000 bribe from his time as a South Carolina senator, for which he was convicted and jailed in 1877 for a three-year sentence. While historians do not believe that Robert took the bribe, there is no documented evidence that shows whether he did or not. Robert was later pardoned by the governor, which angered Robert because he wanted to clear his name in court.

After the legal matter, Robert ran for Congress again, but lost the election. Robert appealed the results of the election, citing rampant voter fraud, which led to a Congressional investigation. During this time, Black voters were often intimidated into not voting. Some were even killed as an example to others. The investigation proved Robert’s claim and the election decision was reversed, placing Robert back into his Congressional seat.

After Hannah’s death in 1883, Robert remarried in 1890 and served as a United States Customs Collector in Beaufort from 1889-1911. After a long and prolific life in service to the United States, Robert died in 1915 at the age of 75, but the story of this American legend lives on.

All photos in the article are unlicensed and free to use.