This former slave seized a Confederate ship and sailed into history.

History is full of people who have done extraordinary things for the greater good. Sometimes, these stories are not as well-known as they should be. I recently heard the tale of one of these unsung heroes for the first time and figured this would be a good forum to share his story. So, here’s a brief retelling of the story of Robert Smalls. I credit the Hysteria 51 Podcast as my source of information.

Robert Smalls was born on April 5, 1839, in Beaufort, S.C., to a house slave named Lydia Polite. History is not certain about who his father was, but some say that it was his owner, John McKee, or McKee’s son, Henry. Other people think that the plantation manager, Patrick Smalls, was Robert’s father. One thing that was for sure is that Robert was shown more favor than other slaves his age, so much that Lydia worried he would grow up thinking slavery was not a bad thing. She planned for Robert to be sent to the fields and the “whipping post,” where he saw the terrible treatment most slaves experienced. Lydia even had Robert witness a slave auction so he could get the full scope of what the slave trade was about. As a result, Robert became very defiant as an adolescent and often ended up in the town jail. Fearing for Robert’s safety, Lydia requested that McKee send Robert to Charleston to be rented out for labor, a practice that many slave owners exercised if they had more slaves than work available. By the time Robert was 19, he was working in a job and allowed to keep $1 of his earnings a week, while his owner kept the rest. What was more invaluable for Robert was the lessons he learned on the water. It was believed that he knew Charleston harbor better than most people in the area at the time. This knowledge would become very important for Robert later.

Robert eventually ended up working on the CSS Planter, a small ship that was commissioned by the Confederacy for tasks related to the war effort, including transporting weapons and placing underwater mines around Charleston. It was here where Robert honed his naval skills and met his wife, Hannah, who was a slave owned by the Kingman family and worked at a local hotel. With their owners’ permission, Robert and Hannah were allowed to move into an apartment in Charleston and had two children: Elizabeth and Robert Jr. Robert was worried that this arrangement wouldn’t be permanent and asked Kingman to purchase Hannah and the kids. Kingman agreed, but the price was set at $800, a cost that Robert couldn’t afford to pay. While he continued to work for only $1 per week, Robert also waited for the opportunity to free himself and his family from the clutches of slavery. Robert knew the opportunity would present itself at some point, and told Hannah to be ready when the time came. 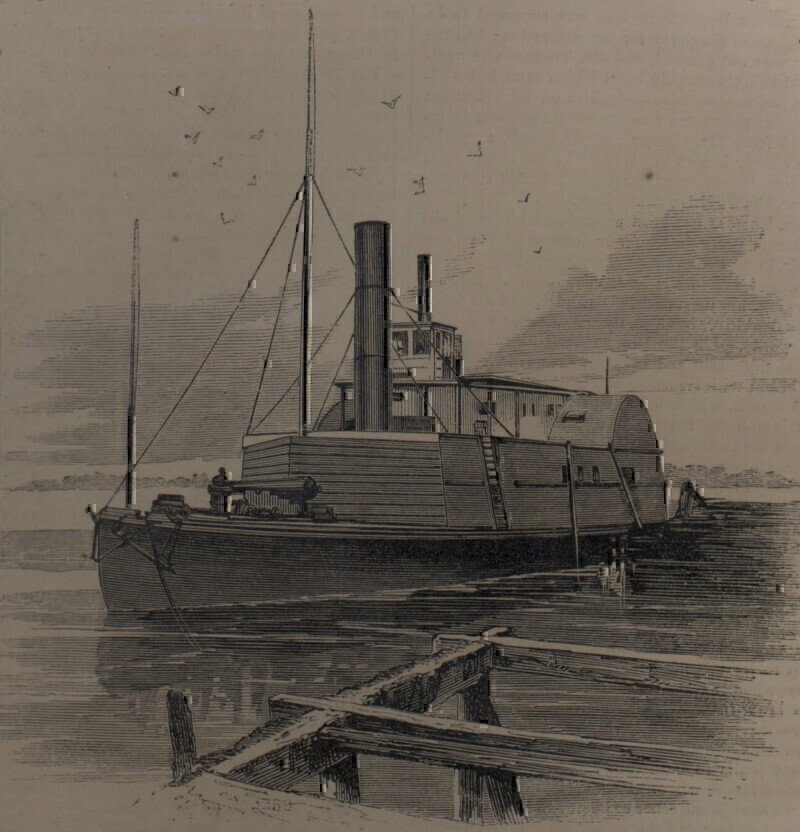