Influencer of the Month – Combat Combover… Pomade with a KICK!

Today, G.I. Jobs recognizes veterans who are having a huge impact in the veteran space: The Veteran Influencer of the Month.

Combat Combover is July Influencer of the Month, run by power couple Daniel and Kimberly Mora who are both serving in the military. Together, they started this pomade brand to benefit their newborn son (the one with crazy hair!) and create a product for children. This idea further developed into creating pomade and designing a brand that is geared toward the military community. This plan to take over the industry of “cool” pomade brands was to stand out with a carefree attitude both in product and service. The “we don’t give a f***” attitude can be seen with the bold display of products such as “Awol” and “Cocaine and Hookers” as a few their most popular scents!

Fortunately for the couple, they are able to take the business a step further than many entrepreneurs are capable due to the militaries support system. Dan works full time as an AGR recruiter in the National Guard, and Kimberly started as an MP and now works in Finance.  Despite the challenges they faced together, the military provided health care and a paycheck along the way to invest time and resources into creating each product. Dan started a venture in a car dealership after deployment, but soon found the challenges of that industry very quickly. Success was not on the horizon, but the lessons he took away he applies today in Combat Combover. “As long as you are taking steps forward, you never know what crossroads lie ahead. You have to keep moving,” Dan stated when talking about the process of developing his pomade. “At attempt number 17 I said screw this I am hiring a chemist to make it. But I told myself I have to keep going, that it HAS to be done. It took me 23 attempts to make the right product until I could finally test it out on some privates.” 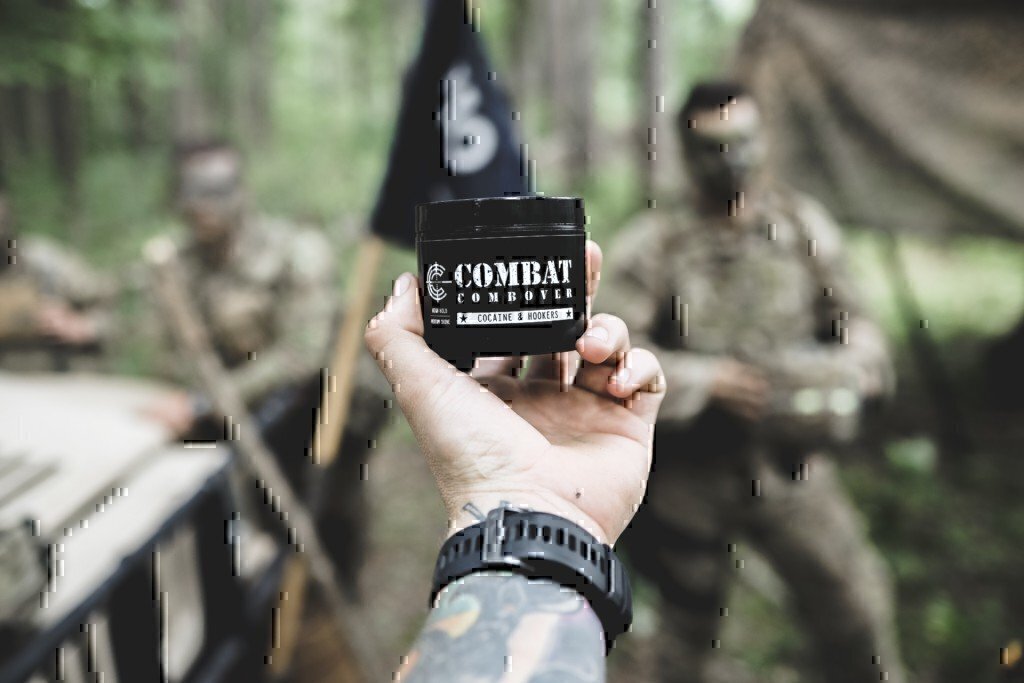 Combat Combover helps the local community for veterans with giveaways and even haircuts. Dan donates his efforts to get involved in the workforce for transition veterans by paying for their haircuts and making them look sharp for job interviews in his local town. “A lot of people come off of active duty and they are broke, which is weird, but they are. Spending doesn’t always go toward veterans in preparation so I said I would pay for haircuts for the guys that need it.” The brand also plans to move forward with smaller novelty scents for the holidays. These scents include a female pomade line as well for women in uniform! “One thing I like about our brand Combat Combover is that our brand is about not-giving-a-f***”

Keep a lookout for this brand moving forward and check them out on Facebook, Instagram and of course shop Combat Combover and get your products TODAY! 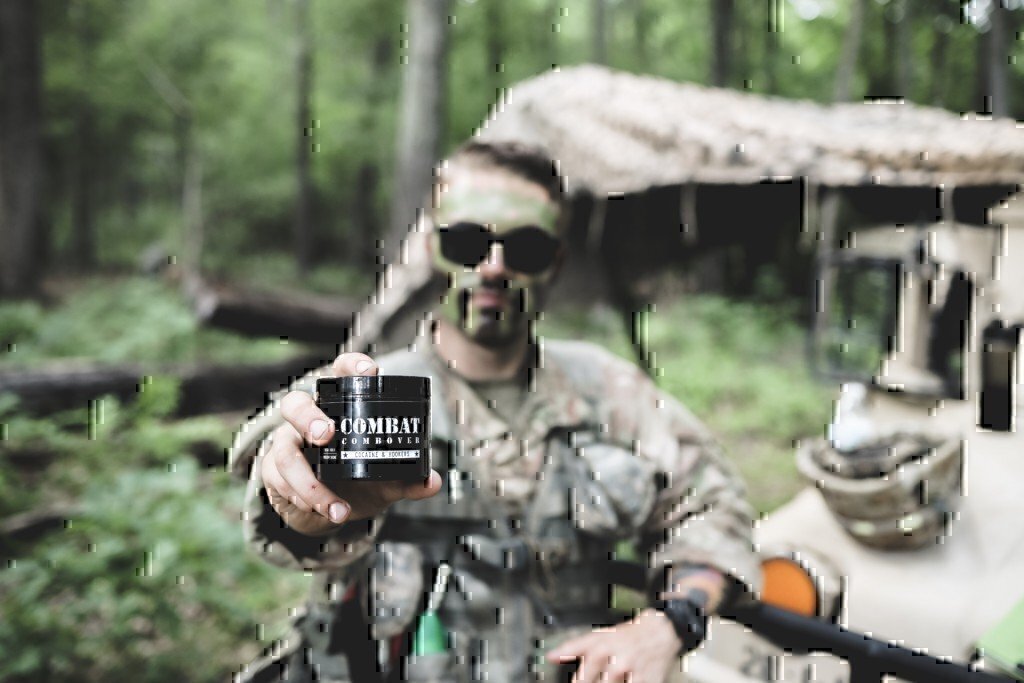