The events of September 11th, 2001, have shaped history in ways few could have imagined. Almost twenty years later, America is still grappling with the aftermath of that day’s attacks. And nearly two decades into the Global War on Terrorism, our military is still deeply immersed in operations around the world as the fight rages on. That’s why we’ve put together a list of books every post-9/11 vet should take the time to read and reflect upon.

This wide-ranging war has spiraled out in unpredictable ways, but clearly most operations were related to Afghanistan and Iraq. Because of this, our list leans pretty heavily into accounts of those conflicts, starting with… 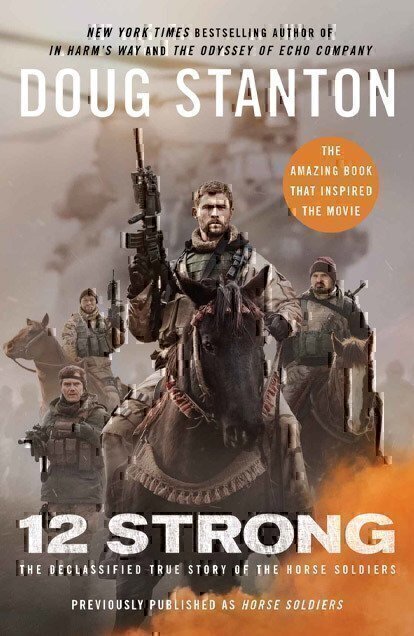 Doug Stanton’s Horse Soldiers was popular enough to inspire a movie called 12 Strong, which in turn caused the novel to be re-published under the title 12 Strong: The Declassified True Story of the Horse Soldiers.

Mere weeks after 9/11, a small group of Special Forces (ODA 595) were deployed into Afghanistan to do the impossible—capture a mountainous Taliban stronghold… on horseback! Against the odds, these soldiers managed to take Mazar-i-Sharif and capture six hundred Taliban prisoners. Hailed by the locals as liberators, victory turned into a life and death battle when the enemy POWs revolted.

The tale of the “12 Strong” Horse Soldiers relates how they managed to mix cavalry warfare and modern aerial bombardment to win against overwhelming forces, while also seeking to win over the hearts and minds of those they were there to empower. A true page turner! 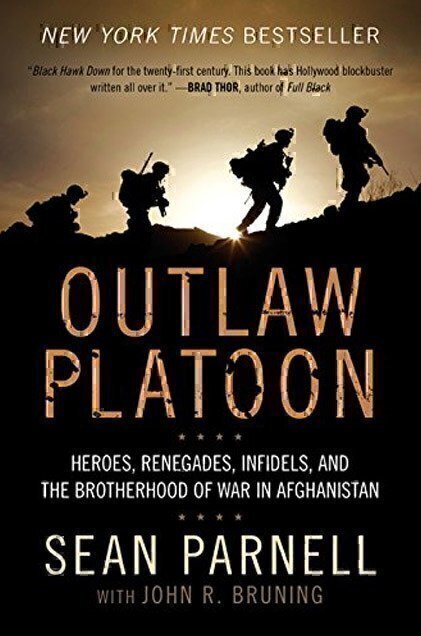 2.) Outlaw Platoon: Heroes, Renegades, Infidels, and the Brotherhood of War in Afghanistan By Sean Parnell

Outlaw Platoon is the NY Times Bestseller about Army Ranger Lieutenant Sean Parnell’s account of the 10th Mountain Division’s engagement with hostile forces in the Hindu Kush mountains. Parnell and the forty-man platoon he led were ambushed there in May 2006, leading to sixteen months of combat against an enemy far better trained than anyone expected.

Called “vivid, poignant, and honest,” Outlaw Platoon serves up plenty of first-person recollections of heroism and bravery while offering readers a glimpse into one of the most important periods of the war effort in Afghanistan. 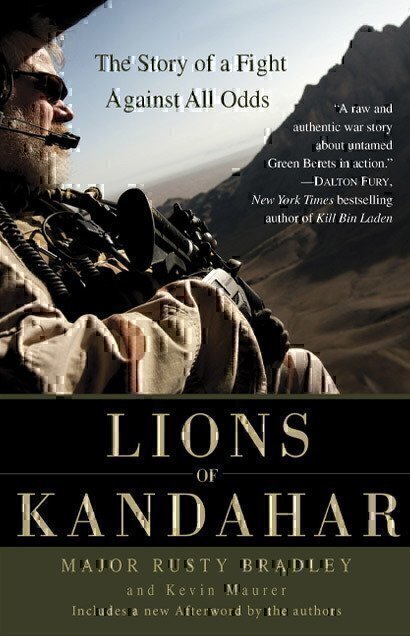 3.) Lions of Kandahar: The Story of a Fight Against All Odds By Rusty Bradley

Also covering the year 2006, Lions of Kandahar is the story of Captain Rusty Bradley’s third tour in Afghanistan. The Taliban was set to retake their old capital of Kandahar Province, so NATO decided to fight back via Operation Medusa.

Bradley was dispatched to the Panjwayi Valley, along with his Army Special Forces A-team and others as a “diversionary force,” to fight alongside local military troops. But in order to call in much-needed air strikes, they’d have to secure a hill protected by almost 1,000 hostiles. This harrowing account tells how they pulled it off! 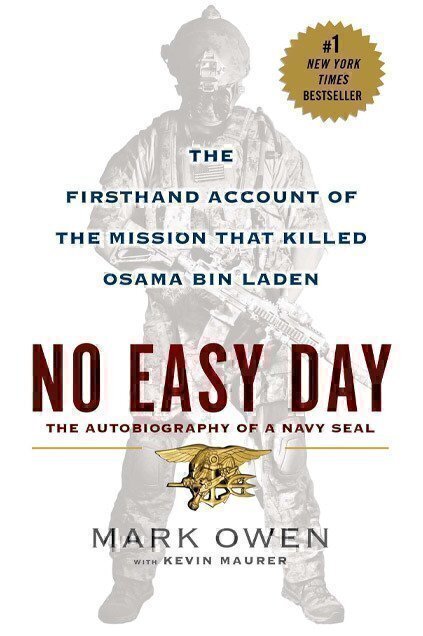 4.) No Easy Day: The Firsthand Account of the Mission That Killed Osama Bin Laden By Mark Owen

No Easy Day is the understated title of Navy SEAL Mark Bissonnette’s (pseudonym “Mark Owen”) story about his team’s dangerous mission to track down the most highly sought after terrorist in modern history. Despite rigorous training to prepare for the 2011 assault, things went south quickly when one of their Black Hawk’s ran into a hazardous air flow and ended up in a soft crash landing. From there, things got pretty hairy fast!

Still controversial, the high-octane book’s details conflict with some other popular accounts. But it also strives to be more than just another war memoir, to serve double duty as an insightful commentary on modern combat and the challenging lives of America’s brave SEAL Team members. 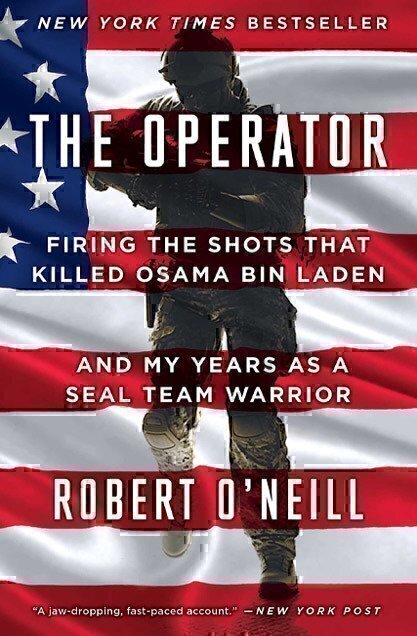 5.) The Operator: Firing the Shots that Killed Osama bin Laden and My Years as a SEAL Team Warrior By Robert O’Neil

Robert O’Neil’s The Operator covers not only the raid on Bin Laden’s compound, but also touches on the SEAL’s hundreds of other critical missions… including the rescue attempts of Petty Officer Marcus Luttrell (severely wounded during Operation Red Wings) and merchant mariner Captain Phillips, whose vessel was hijacked by Somalia pirates.

But certainly it was O’Neils involvement in Operation Neptune Spear which makes for the book’s most scintillating story. Referenced only as the “Point Man” in No Easy Day, O’Neil confirms himself as the man ultimately responsible for shooting and killing Osama bin Laden. This revelation didn’t come without controversy of its own, in particular criticism by other SEALs for disclosing such information. Nonetheless, the story’s out there and deserves a read! 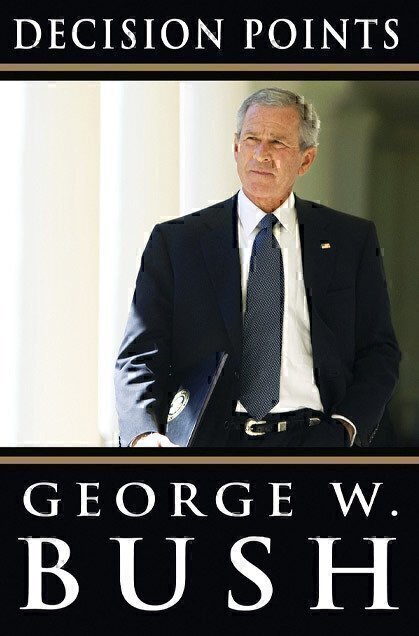 Stepping away from “boots on the ground” war stories, Decision Points dives into the behind-the-scenes of policy and strategy, at the level of the Commander-in-Chief himself. Here President George W. Bush talks candidly about his terms in office during one of the most tumultuous times in our modern history, and how the calls he made from the Oval Office, Air Force One and the Situation Room led to ripple effects felt around the globe.

Mr. Bush also opens up frankly about his struggles with alcohol, his reaffirmation to his faith and his process for selecting those key officials who would go on to help shape his presidency. A remarkable read and broad overview of one of this century’s most influential leaders, Decision Points is a must-read for anyone interested in hearing first-hand what factors played into Bush’s decision to go into Iraq. 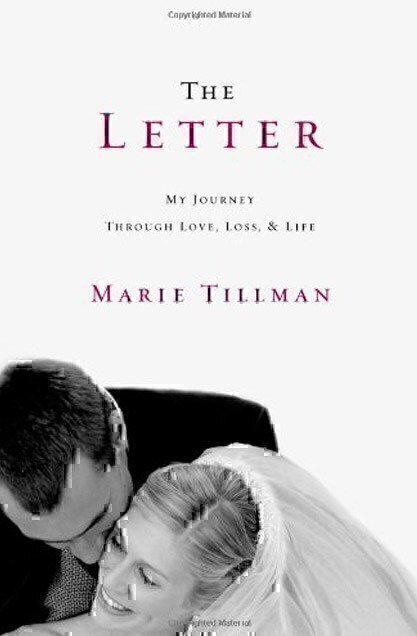 7.) The Letter: My Journey Through Love, Loss, and Life By Marie Tillman

Rounding out of list is a book written not by a combat veteran or world leader, but by a military spouse who lost her loved one in battle. We all remember the story of Pat Tillman, the famed football player who left behind a lucrative NFL contract in order to enlist in the Army in 2002 so he could fight terror… only to be killed in a friendly fire incident in Afghanistan. Sadly, the truth of the incident was covered up by the government for weeks.

In The Letter, Marie Tillman finally tells about her own story of how the tragic demise of her hero husband impacted her life, causing her to turn inward to avoid the painful spotlight… a light which grew ever brighter as details emerged about the actual cause of Pat’s death. She also reveals the “just in case” letter he’d left on their dresser, and how his words of love and affection served to encourage her through those dark days after she learned he was gone forever.

Too often forgotten, the families of fallen veterans often don’t get the type of emotional support the need during their lengthy grieving and healing process. Tillman’s heart-wrenching memoir is an important reminder of these unsung heroes and the effects of war on them, too.