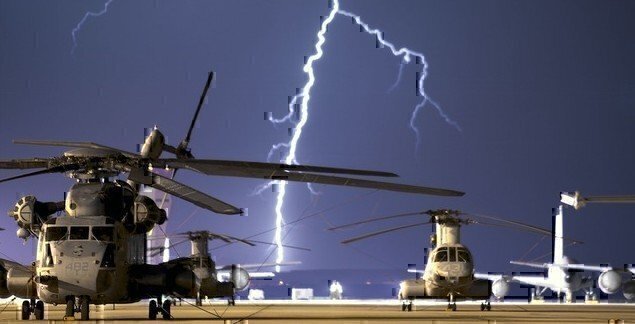 There is still an option to be part of the team that supports the U.S. Military

Getting out of the military can be a tough choice.

Sometimes you’re ready to leave behind the oppressive facial hair guidelines and the rest of the UCMJ, but you still want to feel like you’re part of the team.

Defense contracting jobs allow military veterans to keep a toe in the world of the military while giving the freedom and new challenge of a civilian career. Of course, there are just so many to choose from. A dizzying number of jobs found in the military and in the regular civilian world can be found in the defense industry.

*Side note: check out the G.I. Jobs Board to look for contractors who partner with us specifically to hire Vets or scan through these Employer Profiles*

Here is a list of 10 popular high paying contracting jobs that Veterans should know about:

These days, everyone needs a computer. From the systems that design new jet engine intakes to the office machine used to order pizza for staff meetings, there is no shortage of computers that need fixing.

There is, however, a shortage of skilled people to fix them. Just make sure your IT skills are up to date because, unlike your military unit, these guys probably aren’t running Windows 95.

It’s amazing to think that some of the massive ships of the U.S. Navy are built bulkhead by bulkhead, day by day, with nothing more than the sweat of industrious workers.

OK, they have a little bit of help from gigantic construction equipment and advanced schematics, but it’s still the people that get the job done. There are literally hundreds of jobs that can go into building these ships, many of which are high-paying skilled labor positions.

And just maybe when you’re done, you can take her out for a quick spin before the Navy notices.

Long gone are the days when weapons development was limited to “find a longer stick than the other guy.” Modern weapons systems have huge development trails and require smart, highly educated people to make sure the development proceeds smoothly.

If pushing the envelopes of military hardware sounds interesting, R&D might be for you. You’d be amazed at how long some of the sticks are that they’re making these days.

The intelligence field is always looking for people with good analytical skills and the ability to pass an extremely thorough detailed background check.

If you received a clearance in the military, you’ve got a leg up since most companies are more likely to hire candidates that don’t require the slow and expensive process of requesting a new clearance.

The most important thing is to keep your skills up and your nose clean. If you’ve been running a counterfeit Pokémon ring out of your basement, the investigators will find out, and they will not be pleased.

Like shipbuilding, there is a great demand for skilled and talented workers to build the multi-million dollar birds that the Air Force needs to keep flying.

Many of these jobs require an education, but all of them require strong attention to detail. These expensive, intricate machines simply do not react well when a spaced-out assembler accidentally uses the inches side of the measuring tape when installing a new engine nacelle. 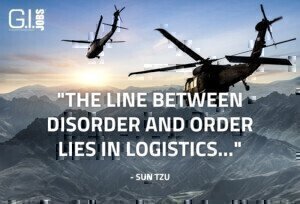 Napoleon Bonaparte famously claimed that “an army marches on its stomach.” That’s as true today as it’s ever been.

With all the material-hungry machines in the modern arsenal, the ability to deliver large volumes of cargo to the fight is an absolutely critical requirement for any military. Much of that requirement is served by civilians on the ground, in the air, and by sea.

It’s not enough to just have civilian defense job requirements. Someone has to actually fill them. In the modern economy, where job turnover can be high and requirements change by the day, an overseas contract jobs recruiter serves the important role of getting the right people into the right places.

Chances are, even if you don’t want to be a recruiter, you’ll probably deal with one. Make sure you are nice to these people. Your employment depends on them. 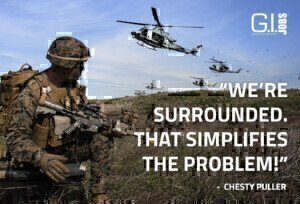 Not every installation related to the military is patrolled by uniformed service members.

From critical defense plants to active-duty military bases, civilian security personnel provide eyes on the horizon in case of danger. At any moment of the day, an enemy spy might try to get on base for a look at some of that high-end military hardware, or a sneaky civilian might try to gain unlawful entry to the price-controlled beer in a package store.

These brave personnel are truly defending our most valuable assets.

Civilians have always been a key component of military space requirements, going back to the early days of space exploration in the 1950s. But in recent years, the growing number of private companies getting into the space launch business has opened up even more opportunities.

For people interested in sending highly sensitive hardware into orbit, getting into defense space systems can bring together the desire for a solid career with the overwhelming desire to watch things get blasted into space at extremely high speeds.

When a new tank comes off the line, it’s important to know that the 60-ton, multi-million dollar vehicle actually works. Some poor soul has the unenviable task of driving that sucker at full-throttle through mud puddles and getting air over hill crests.

The need for adequate quality control for such expensive and potentially dangerous military hardware is obvious, though it’s likely that they probably actually take their time to check and recheck every critical system, rather than reenacting a monster truck rally with an Abrams tank, like they do in my dreams.

If after reading this you’re ready to go out and start looking for a contracting job in defense, check out our job board. You’re bound to find something there!