You’ve worked harder than you ever have in your life. Left your comfort zone in the rearview mirror. Pushed yourself to limits you didn’t think you could reach, and then kept going.

And then, one day…you were done.

You met every challenge and conquered it. You tackled every obstacle and left it in the dust. Now, with all your goals accomplished–it’s time to graduate!

But wait, what are we talking about? Graduate what exactly?

The above scenario actually could apply to both military graduations and to college ones. Or both! It all depends on you. The only limits are those you place upon yourself. 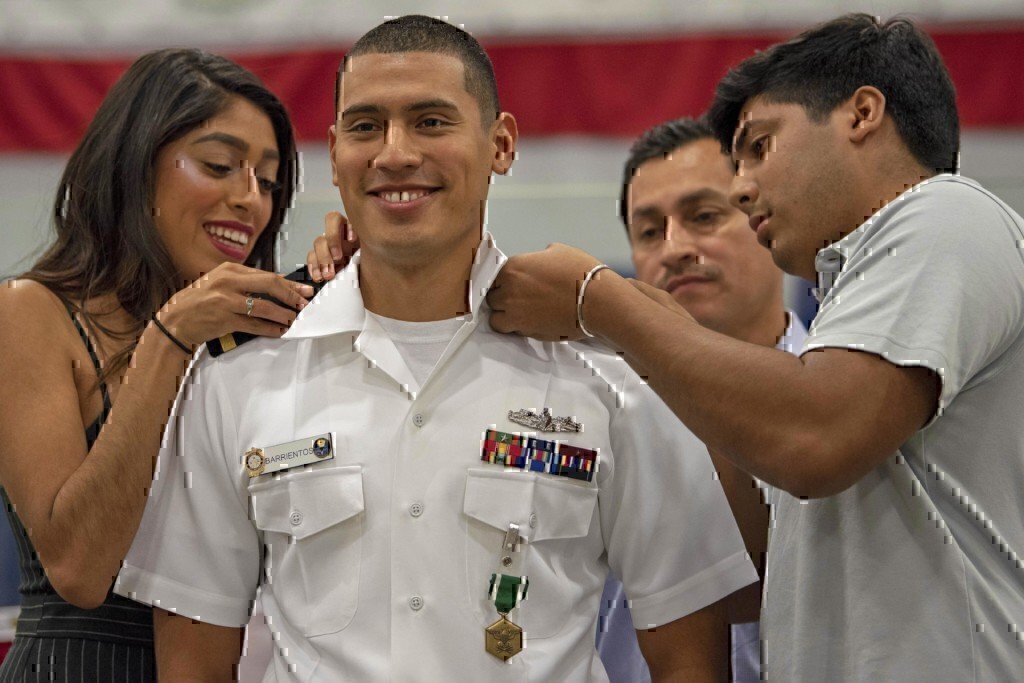 Every branch of service has its own version of an enlisted boot camp or basic training. A basic training environment designed specifically to run recruits through a gauntlet of training situations. The purpose is twofold: 1) prepare troops for the rigors of life on active duty; 2) weed out recruits who don’t have the right stuff or who change their minds and request to leave.

The duration and requirements for these training sessions depend entirely upon the branch. For the Army’s Basic Combat Training, it’s 10 weeks. The Marine Corps’ Boot Camp beefs it up to 12, and throws in some tougher physical demands at no extra charge. But between the Corps’ 54-hour “Crucible” exercise and the Army’s 96-hour “Forge,” neither is exactly a cake walk.

The Air Force’s 7.5 weeks-long Basic Military Training. Navy’s 7 to 9 week Boot Camp. And the Coast Guard’s 8 weeks Basic Training all have less stringent demands, but they are still nothing to sneeze at! These branches are just able to get recruits up to the speed they need in a faster time frame.

But every enlisted boot camp is intense in its own way, and every successful completion means another proud group of Americans is about to enter into service of the U.S. Armed Forces. 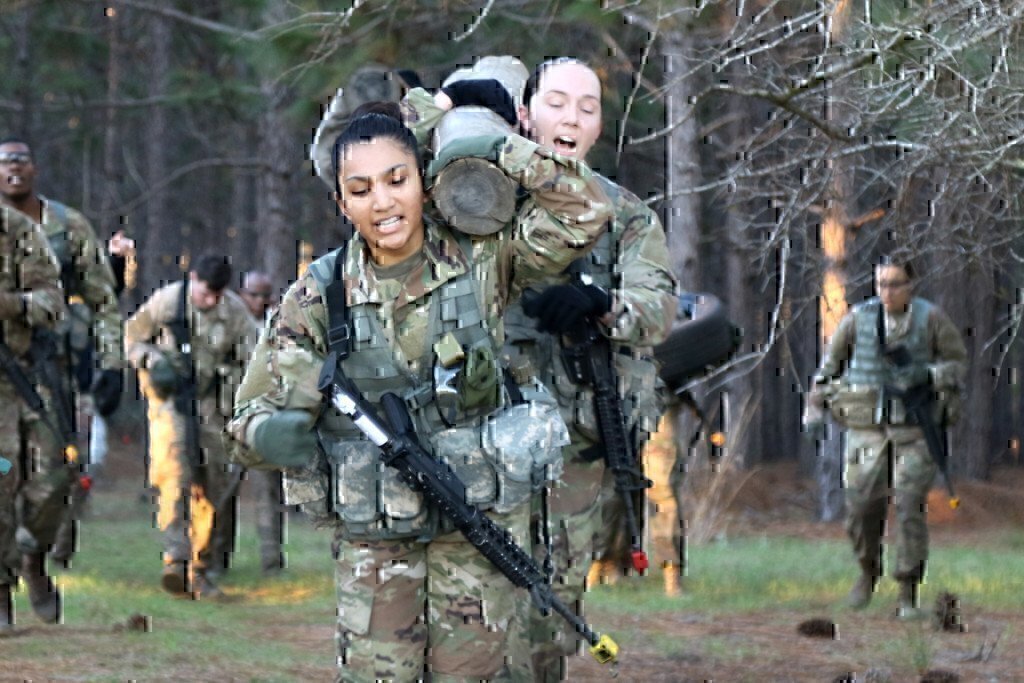 Graduation is a big deal, a ceremonial event to recognize the accomplishments of the former recruits (and future veterans!) as they prepare to start their new lives, dedicated to supporting and defending our Constitution against all enemies, foreign and domestic.

Friends and family are highly encouraged to attend these time-honored ceremonies and watch from the bleachers. From traditional parades to troop formation reviews, fresh graduates and hard-nosed instructors alike spend countless hours in preparation for these events. After, there is ample free time for families to visit with the graduates. However, it is incumbent upon the servicemembers to comply with all instructions related to how and where they can spend their free time, and which activities they are allowed to participate in.

The graduation ceremony doesn’t mean everyone is now released to do “whatever they want.” Au contraire, there are still things to finish up during this final phase of training, so the absolute last thing to do is violate any policies at this point!

(It may be an urban legend, but we’ve all heard of the recent graduate who decided to flip off his drill instructor as he was on the bus and leaving the base. Unfortunately for the wanna-be rebel, he was at that point a servicemember, not a training recruit…and as such, was subject to punishment under the Uniform Code of Military Justice. Oops!) 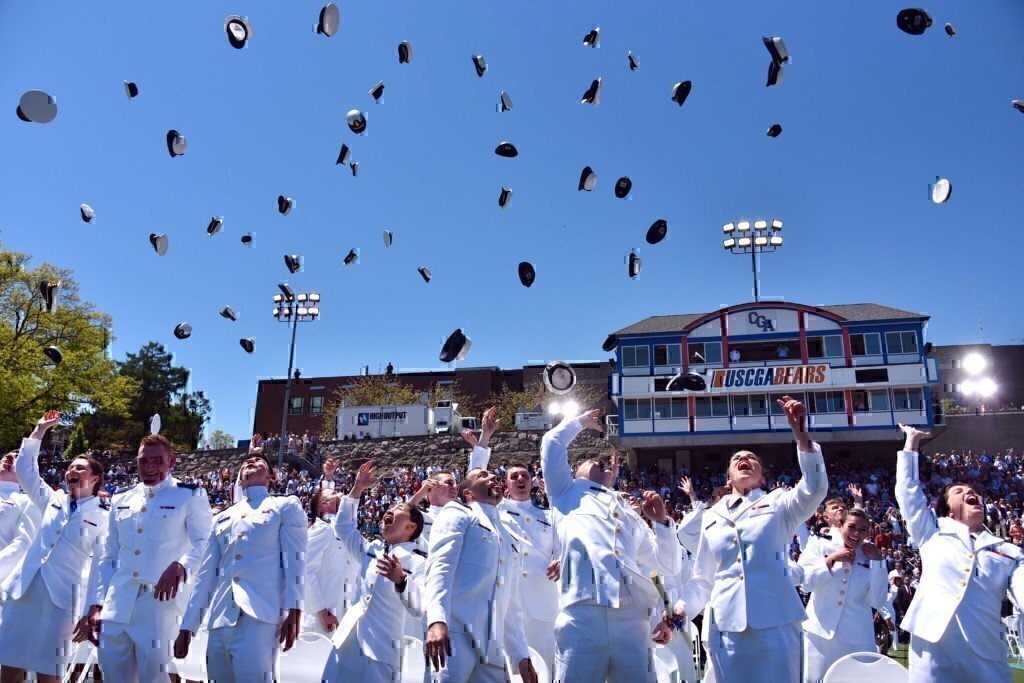 Graduating from an academic institution is a feat unto itself, with a totally different set of challenges. For starters, it’s longer. A lot longer.

Most graduates spend a grueling four years or more to obtain their bachelor’s degree, unless they were able to complete some course requirements during high school. These days it is not uncommon for students enrolled in certain difficult majors, such as engineering or other STEM fields, to spent a fifth year finishing up all of their needed credits.

To the uninitiated–while sitting in classrooms isn’t as tough as marching for miles with the equivalent of a bag of cement jammed in your rucksack, make no mistake! Classes are hard, and the demands are physical as well as mental.

Many campuses are huge, and students walk (or skateboard) the equivalent of miles each day to hustle from one class to another, lugging along textbooks while juggling their homework and study schedules. The average full-time student also has bills to pay and ends to meet, and if they aren’t on scholarship, they’re either amassing debt…or, more likely, working a minimum wage job at night. For four years!

So while there is a good deal of socializing and engaging in fun activities, the life of a college student is not like the movies. It’s a slog, and graduating is the goal which motivates many to get through each passing day.

While there’s no parade, there is always a ceremony, involving caps and gowns…otherwise known as academic regalia. These traditional garments date back to the colonial days of our history, and indeed harken back even further to the dress of the European institutions of learning which inspired them. The primary differences are aesthetic, but the significance is the same…to indicate accomplishments via colors, patterns, cords, and other adornments.

Ceremonies are largely somber affairs featuring distinguished guest speakers. The degree candidates will have their degrees conferred by the presiding officer or designee. This is typically done on a stage, with the names of graduating students called so that they may come forth (usually proceeding in a line) to accept their diploma swiftly and move on. Due to the often large number of degrees to give out, there may not be much time for individual recognition, other than for those graduating for honors or significant achievement.

But like military graduations, the ceremony signifies a rite of passage, to be witnessed and enjoyed by loved ones. It is a significant milestone in one’s life, and a memory to look back on fondly. 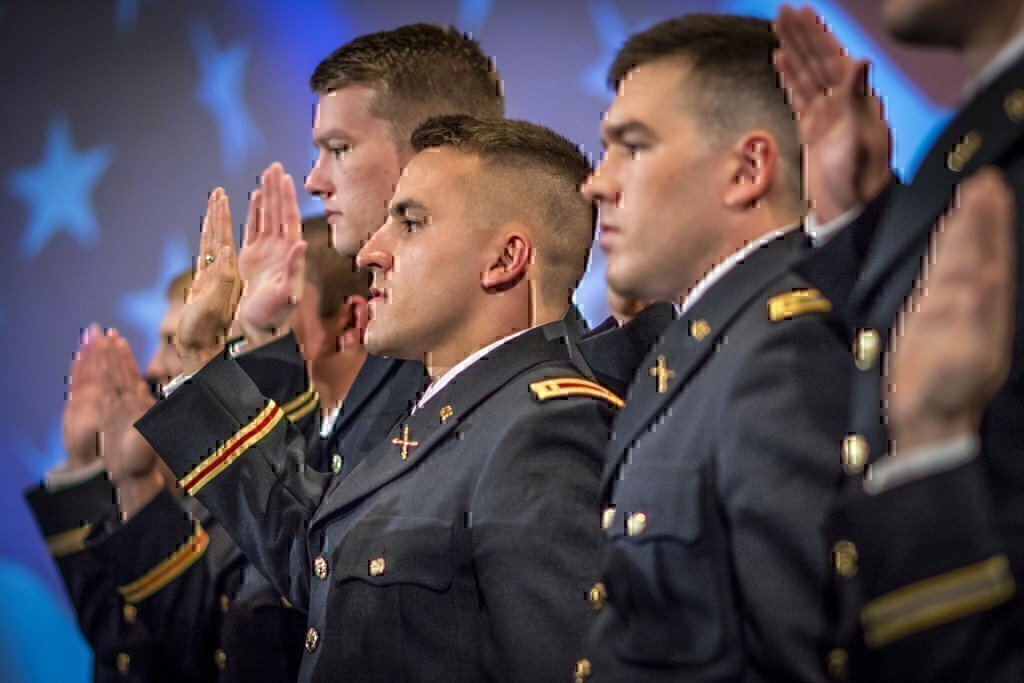 There is one type of graduation which, in a way, combines both elements. And that is receiving a commission as an officer in the military. To be appointed as an officer, one must hold at least a bachelor’s degree. Some people do the degree first, then seek a commission via an abbreviated commissioning program later. However, the standard route remains the longest one. Which is to attend either military academies or participate in a Reserve Officer Training Corps program.

These ROTC programs are hosted on universities across the country. Student/cadets complete a typical four-year program which combines rigorous military training with routine academic study.

ROTC requires students to obtain a minor in studies related to the specific branch of service. That said, academic majors can play a large part in which career field the future officer is entering. If you want to work in cyber, for instance, it’ll help to have a computer science degree. 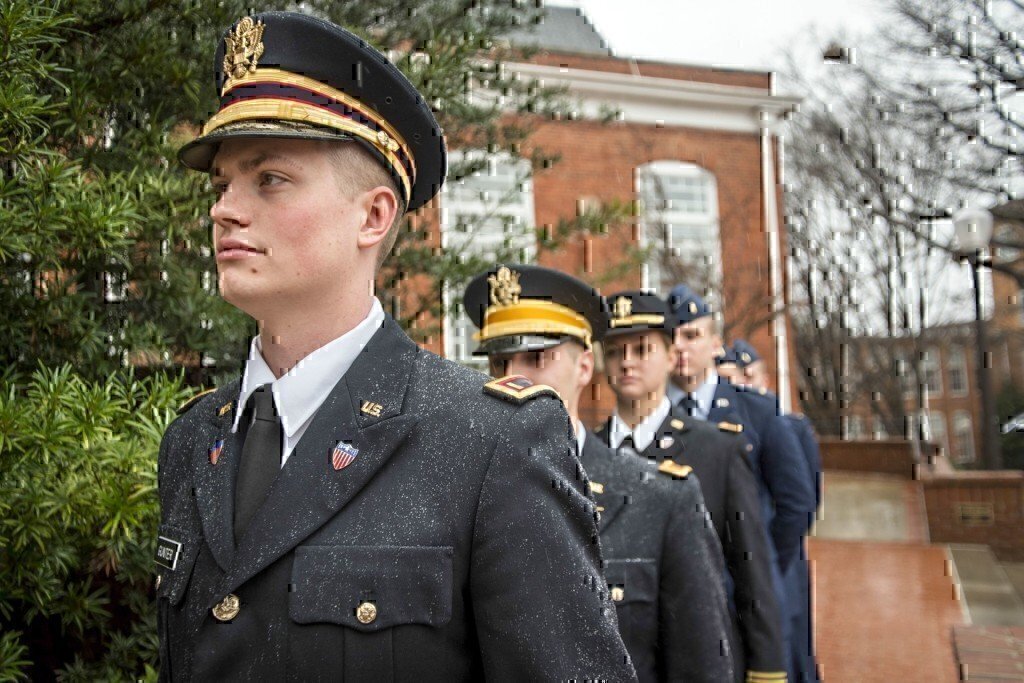 Getting ready for commissioning

After the completion of all coursework and the receipt of final grades, cadets are ready to commission. At ROTC detachments, this may occur just prior to the university’s graduation ceremony, so long as the registrar is able to certify that all academic degree requirements have been met.

Thus, cadets might hold their commissioning ceremony within an auditorium on campus. Many of their classmates and relatives can attend and watch them receive their first salutes. They may then proceed the next day to their much larger graduation ceremony. So it’s a hectic and thrilling time. Finishing college to begin an exciting new career as an officer in the military is life changing.

Of course, there may be a delay between the time an officer swears in and when they report to work or to further job training. In other words, after the thrill is over, graduates may have to find temporary employment. This employment is only available until they are called to begin their service commitment. But in the end, it’s worth it, and the majority of ROTC cadets are able to have their tuition funded by a military scholarship, meaning they’ll graduate without crushing debt!

No matter which route you take, graduating any program is a laudable feat, and one to be proud of. Graduation is also the crossing of a threshold. As one exits the rehearsal phase to enter onto the stage, at last ready to play their part and show off their talents!