The Life of Bear

Barrett McCulloch is February’s Influencer of the Month and we had the opportunity to hear about Barrett’s Air Force career and how building an apparel brand propelled him into an entrepreneurial lifestyle. Barrett was raised in a military environment; his parents were both Army and met during their time in service. His mother left the Army to take on a full-time parenting role while his father continued a 24-year career with the 160th SOAR as a helicopter pilot. Influenced by a close-knit community, Barrett knew he wanted to serve in a Special Operations role from an early age. Upon graduating high school at the age of 17 with hopes to join the Army to become a Green Beret, his father pushed him to speak with the Air Force recruiter before he signed off on an age waiver. “That’s when I was first informed about the elite career field and their role within Special Operations.” 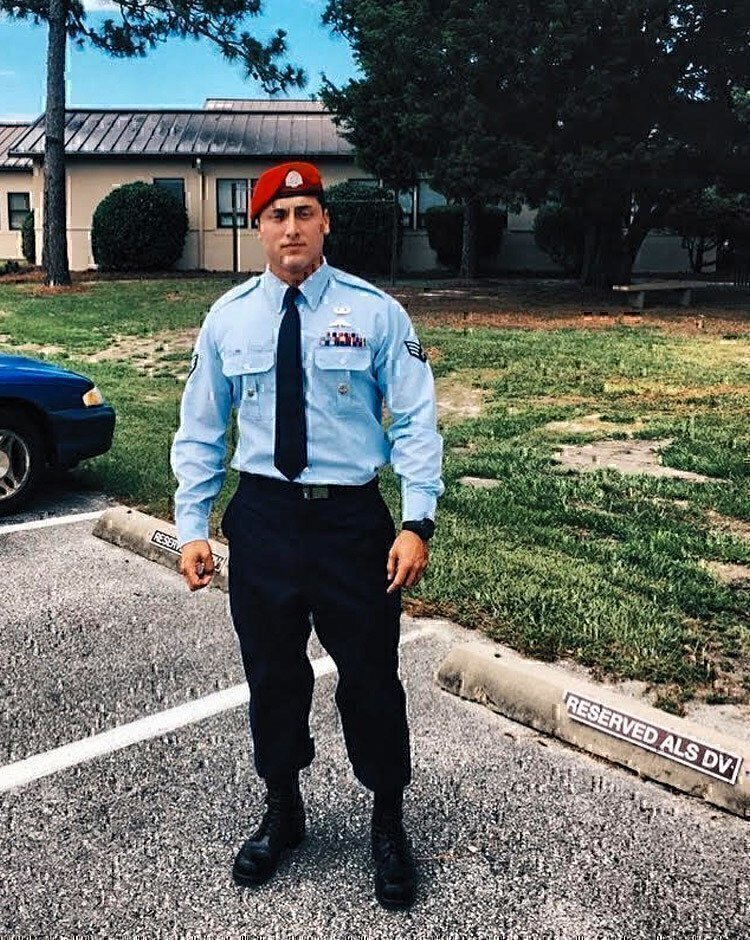 Barrett faced a problem with his vision during his medical clearance that required a waiver to be cleared for training. He signed an open general contract with the assumption that he would get the option to select a new career field once he was in Basic Military Training. As we all know, the military fills out its needs based on mission effectiveness, which doesn’t always line up with personal desires. Barrett found himself assigned as a dental technician in the Air Force.

“I didn’t know how to feel about it at first, I wanted to become a combat controller.”

Barrett was assigned to Kadena Air Base, Okinawa, Japan, for his first duty station, and from that point on his life would start changing.

“I was inspired about hearing his day to day, from military freefall operations one week and scuba diving the next,” Barrett said. He began training with Ty Barnes with the hope of retraining into the career field. After a two-year assignment in Japan, the duo received orders to separate duty stations back in the states. Soon after PCSing, Ty was killed in a motorcycle accident that left a tremendous impact on Barrett forever. “That incident forced the realization of how fleeting life can be. If you have the thought of pursuing something—and you have the opportunity—you should try it. If you fail, you fail. But if you make it, your life could be everything you’ve imagined.” 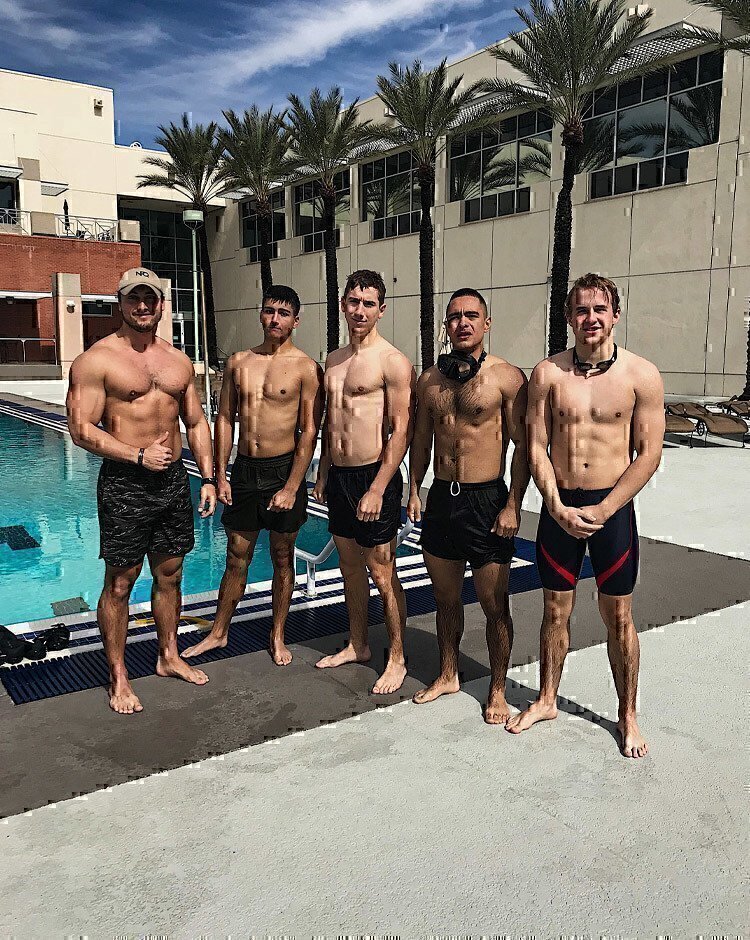 Barrett began pursuing the retraining option despite many roadblocks, including orders to separate from the military due to an overmanned career field and a quickly approaching date of separation. In June 2013, he was given an opportunity to attend the five-day retrainee assessment in Hurlburt Field, Fla., where he was selected to enter the combat control training pipeline. During his training, he experienced a vehicle accident that crushed 11 bones in his left foot. He was two weeks away from attending the final qualifying course to earn the scarlet beret.

“I had finished selection, air traffic control school, SERE and basic airborne clean through with no setbacks. This was quite the setback.”

After an eight-month recovery, he graduated combat control school where he was granted the opportunity to continue attending schools such as combat dive, military freefall and many other courses under an extended contract before separating after eight years of active duty.

While attending advanced skills training, Barrett and his former business partner started a brand called NFQ, an acronym that stands for Never Quit accompanied by an explicit, that began gaining traction rather quickly due to its focus on positivity and the importance of mental fortitude.

“I had been notified of my orders to be assigned to a global access team and was at the end of my enlistment extensions. I had to make a choice to either sign another four-year contract and continue down a path I wasn’t fully content with, serving in a non-kinetic role, or I could create something that impacts people positively from a larger platform.”

After speaking with instructors, each one had a common theme to their responses: Do whatever grows you the best as an individual. The military will always be here, opportunity may not. Barrett made his choice to separate from active duty and pursue an unorthodox way of living. 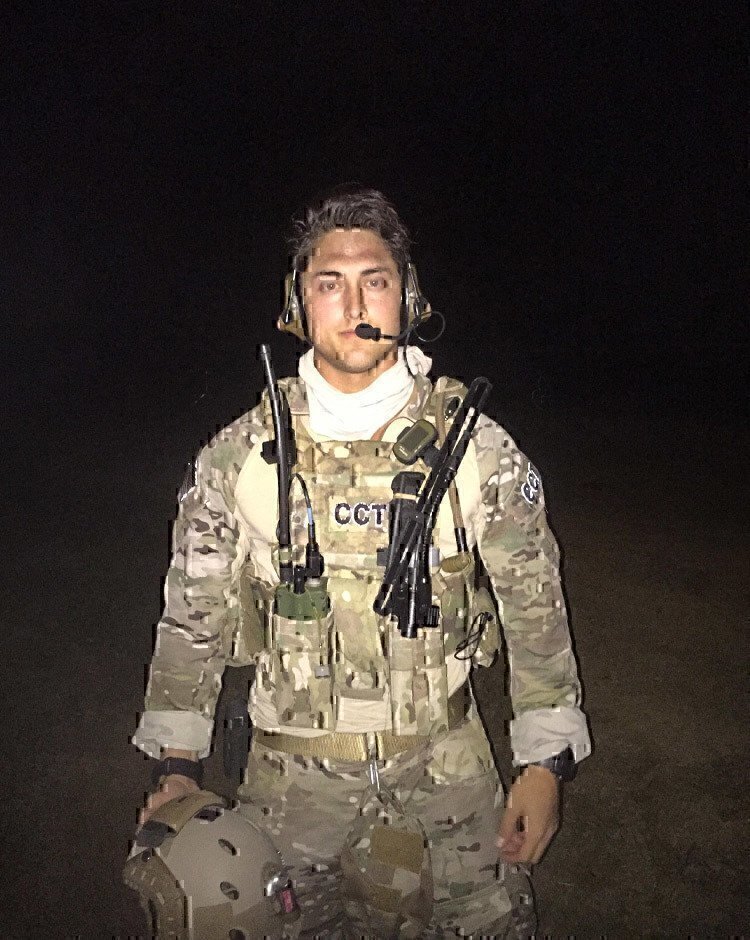 Although Barrett loved his brief role in Special Operations Forces, he felt the need to explore other ventures that wouldn’t be as limiting. With endless room for growth, he pursues many endeavors that all coincide with the idea of having a positive lifestyle. “I teach water confidence clinics around the country and provide preparation guides for people interested in SOF career fields. Helping others achieve their goals has been extremely rewarding for me.” Through his experience of brand building, he has maintained a strong social media presence and has used his expertise in developing photo/video content for various veteran-owned brands. “I have found that networking is one of the main keys for success. I never thought I would be making a living doing the things I do now, but here I am. I am thankful for the opportunities I have.”

You can keep up with Barrett on Instagram @__bearit and find his training programs along with apparel for his new brand @bearsdenathletics at bearsdencollective.com.