Thinking Through Transition: Leaving the Military After 10 Years 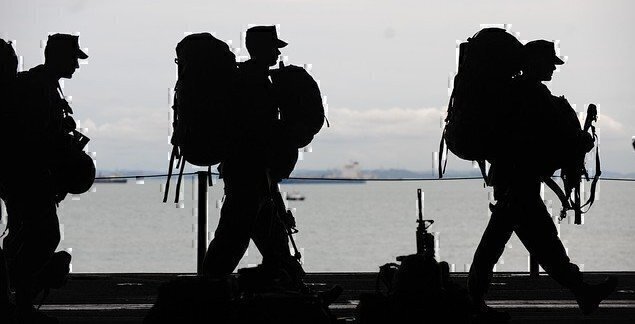 Many people say that being in the Army is a pretty easy job. One of my supervisor’s once told me, “Be where you’re supposed to be, be there in the right uniform and be on time, and you’re sure to be successful.” I followed his advice early on in my career. I showed up right where they told me to be. I got there 15 minutes early and I made sure I had the right uniform on. I even kept spare uniforms in my car in case I accidentally missed step three. Actually, all of the uniforms said ARMY, so it really wasn’t too tough to get step three right most of the time.

Let’s face it, some people are just not cut out for military life. But I was. I’ve never been one to toot my own horn, but I really loved it. I LOVED going to the field. I LOVED being in the motorpool. And I LOVED being a soldier. At my first duty station my supervisor told me to learn the Creed of the Non-commissioned Officer. So I did. I didn’t understand why, but when I competed in Soldier of the Month boards and said that creed as a private, people were impressed.

I competed at the unit, battalion, brigade and soon found myself competing for Installation Soldier of the Quarter. I knew I was going to be good at this Army thing, and my supervisors knew it too. I got promoted fast from private first class to specialist and then to sergeant.

Leaving the Military After 10 Years?

My early success in the military naturally meant I was going to be a career soldier. I did everything I could to stay in the Army. I reenlisted while deployed to Iraq and did multiple deployments and tours to various places. I was great at my job and it felt great because I was the person that everyone relied on.

I was always the first one in and usually the last one out. “I will always place the mission first,” I would repeat to myself as I drove home dreary-eyed. Eventually it took a toll on me and my family. I considered getting out around eight years, but everyone said, “You’re almost halfway done, can’t stop now.” At 10 years, the unwritten rule kicks in that says you’ve got to make it to retirement. But I was burning the candle at both ends and it was really wearing on me.

After 11 years, Army life had taken its toll on me. Physically, I was hurting. Mentally, I was broken down. And after going through a divorce, emotionally, I felt like I had lost my reason for being in the Army in the first place. I knew I needed to do some soul searching to reconnect to what was important to me and my family. I had spent my entire career taking care of soldiers and finally decided I needed to take care of myself for a change. Faced with the decision to separate after my current enlistment or reenlist and make it a career, I decided to separate.

I can say it was one of the toughest decisions I’ve ever had to make, but I thought very carefully about it. For me it had to be a decision based on health, family and, ultimately, happiness. Regardless of how much time you spend in the military, the ultimate goal should be to spend your time doing something you love doing around people you enjoy doing it with. For me, the choice was transition. It was a personal choice, but it was one that was right for me.

Jamaal Wheaton is a transitioning Army Veteran with over 12 years of Active Duty service. He is Founder and Owner of The Wheaton Group, a Public Relations firm that specializes in being a voice for Veteran and Military related issues. Jamaal shares his personal experience of transition with the hopes of helping others navigate the through their own transition.

Need Help navigating through transition? Check out “8 Things I Learned as a Transitioning Veteran”.  If you are transitioning out of the military and want to learn what it takes to land a successful career, download the guide below.