15 Things Troops Should Understand When Transitioning to Civilian Life 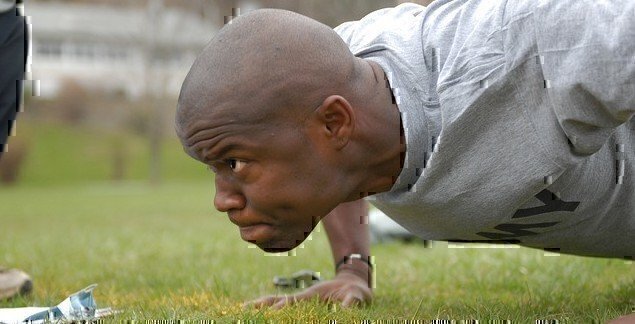 Transitioning from the military is hard. Habits and disciplines established over years of service are supposed to fall away as you drive off base. Here are the biggest things you’ll have to deal with when becoming a civilian. If you are looking for a job read our interviewing advice for military veterans article.

Literally none. Everyone just expects you to remember to not drink and drive, to use protection while doin’ it, and to practice weapons safety. To help ease the transition, record your last safety brief from your unit commander and set it as an alarm on your phone. Set the alarm for every Friday at 1700.

Most civilians will aim to be “on time,” which is anything up to the scheduled meeting time.

Speaking of 1700, after you leave the military you will notice that 1700 hours isn’t a thing. It’s called “5 p.m.” This is completely separate from 0500 which is called “5 a.m.” If you find yourself having trouble, check out this helpful book. Books are like field manuals but there are more types. They’re also similar to magazines (the paper kind).

Yes, “magazines” can also refer to devices that store “rounds” for your “weapons.” Your new civilian friends will call these things “clips,” “bullets,” and “guns.” They don’t care what you call them. In the civilian world, military vocabulary falls under the category of “trivia.”

In the civilian world, you will most likely run on your own without supervision or a cadence caller. You can choose to wear headphones to keep your motivation and pace up, but remember that no one will be stopping cars at intersections for you. The trick is to identify the sidewalks and run on them when possible. When you must cross a street, look left, right, and then left again. Only cross if no vehicles are approaching your route.

6. Avoiding danger without a reflective belt

Compounding this problem will be the fact that you won’t be wearing a reflective belt. In theory, you should still be fully visible, but it turns out that civilian drivers are about as stupid as military drivers. Stick to the “left, right, and then left again” thing described above. Or you could just start moving through the world in human hamster balls.

You will not have a records brief listing all your rewards and accolades, and you will have to determine your personal value without these aids.

If you find yourself unable to decide if you’re a good person without this help, go ahead and assume you’re not. Then, start putting any awards or certificates you earn, along with any really good drawings you do, up on your parents’ fridge. The fridge can serve as a pseudo-records brief.

8. Trading badges, ribbons, and medals for a single lapel pin

Not only will you not have a piece of paper stating your accomplishments, you won’t be able to wear them on your shirts anymore either. This is especially tough for soldiers who are used to wearing their badges and patches year round.

You can wear a lapel pin, but that’s only good for bragging about one thing at a time. If you need to brag about graduating basic while also making sure people know you were a marksman, you’ll have to put stickers on your car.

9. Figuring out who you can yell at when no one wears ranks

Like the sudden absence of awards, there will be no ranks in the civilian world. But, if you work in a company, some people are still more powerful than you.

What can you do? If just treating everyone with respect is out of the question, grab a copy of your company’s personnel list and make flash cards for yourself. The CEO is like a general, your district manager equals a battalion commander, and the head custodian is essentially your squad sergeant. You can only yell at people who don’t outrank you.

10. Choosing your own outfits

Notice how all those people who aren’t wearing ranks are wearing different clothes from each other? Don’t worry! You don’t have to match any of their outfits, and no platoon sergeant is about to yell at everyone.

See, in the civilian world there are no uniforms, so you pick your own clothes to wear. Cargo pants and shirts are a good starting point when you first get out. You’ll get these at stores rather than exchanges. If the first store doesn’t have anything you like, don’t worry. Where bases only have a couple of different stores with the same tired inventory, civilians live in cities with tons of different shops all selling different merchandise.

FYSA, the DoD isn’t the only AO where acronyms are prevalent, but civilians still think you’re weird when you string together a sentence of alphabet soup. Go ahead and plan on stating entire words when speaking to civilians.

If you need to, use lozenges and honey to soothe your throat during the transition.

Even more important than not using acronyms is not cussing. Most people find it harsh in the civilian world, especially if you’re around children at all. Avoid other colorful language as well, such as “BLOOD! BLOOD! BLOOD MAKES THE GREEN GRASS GROW!” and “KILL!” Click here for a more complete list.

Knife hands have been disappearing from the armed forces and even the Marine Corps seems to be cutting back. If that bothers you, hold on to your butts. Civilians don’t even know what the knife hand is! And using it would be a major mistake.

When you want to knife hand to point out an object, civilians use a finger instead or even a verbal description of where someone should look. Where a knife hand would be used to emphasize a point or establish displeasure, civilians rely on tone of voice or a sternly worded note.

That’s right, instead of ranks or last names, civilians use first names. You’ll be expected to as well unless you’re a doctor.

But we both know you’re not.

In the military, you could throw on a gas mask and some armor for a 10-mile run when you were over-moto, but in the civilian world that ends with you dodging Taser shots from nervous cops. You can still go running or head to the range, but you’ll probably just deaden the moto with reality T.V. like everyone else.

If you are transitioning from the Military, take our TRQ quiz!