Only a few hours after the tragic news broke of famed basketball player Kobe Bryant’s helicopter crashing, killing all nine passengers (including Bryant’s 13-year-old daughter, Gianna), the social media debates started: Why are we so sad about a celebrity dying but when our service members are killed in the line of duty seemingly no one notices?

An article from 2005 began circulating again, reminding us all of another helicopter tragedy: the horrible Al-Anbar CH-53E crash that killed all 31 troops when it went down outside Ar-Rutbah in Iraq this same weekend, 15 years ago.

Veterans everywhere concur: you can, and should, be sad about both.

We’re all allowed to feel empathy at a wife losing her husband and daughter and three girls losing their dad and sister, not to mention the other families on board. You’re allowed to grieve someone who inspired thousands and thousands of kids and adults alike to pursue their dreams. At the same exact time, as Americans, we all should know the names of our service members dying for us every day.

And: That’s not why anyone signs up to serve.

Veterans took to the internet to express their sympathy as well as their own experiences with Kobe and his support for our military community. 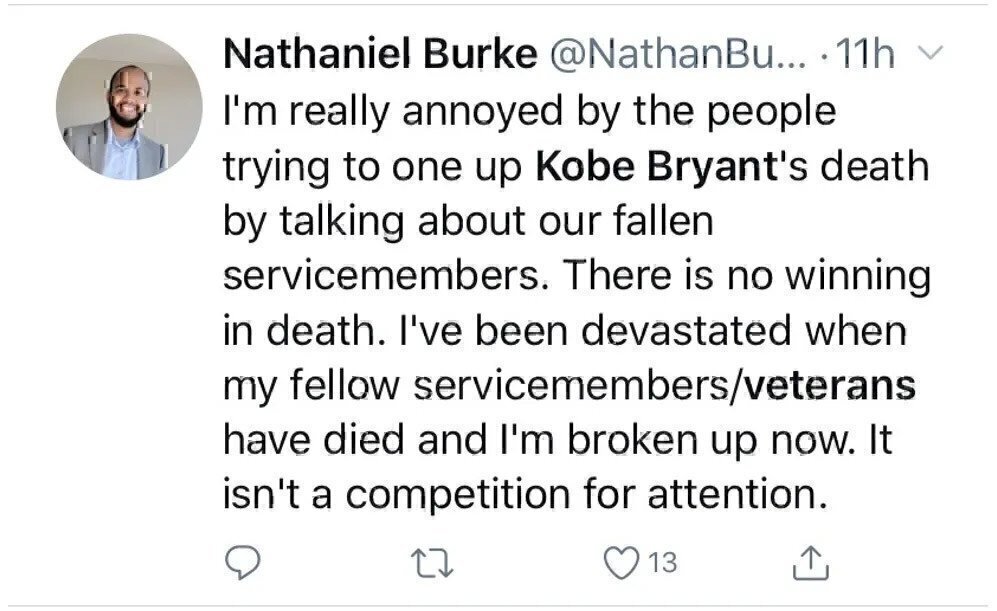 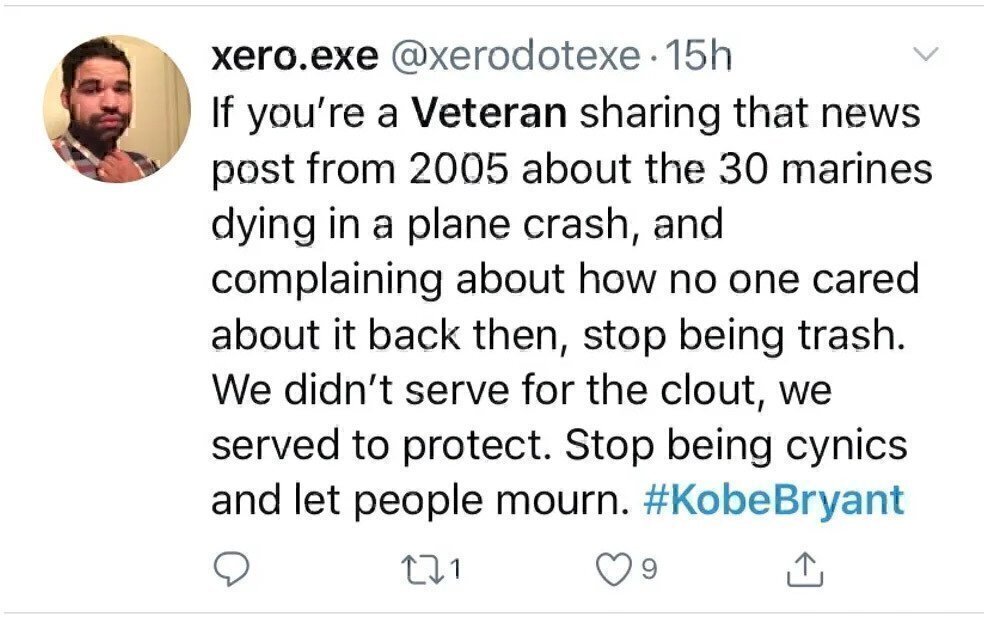 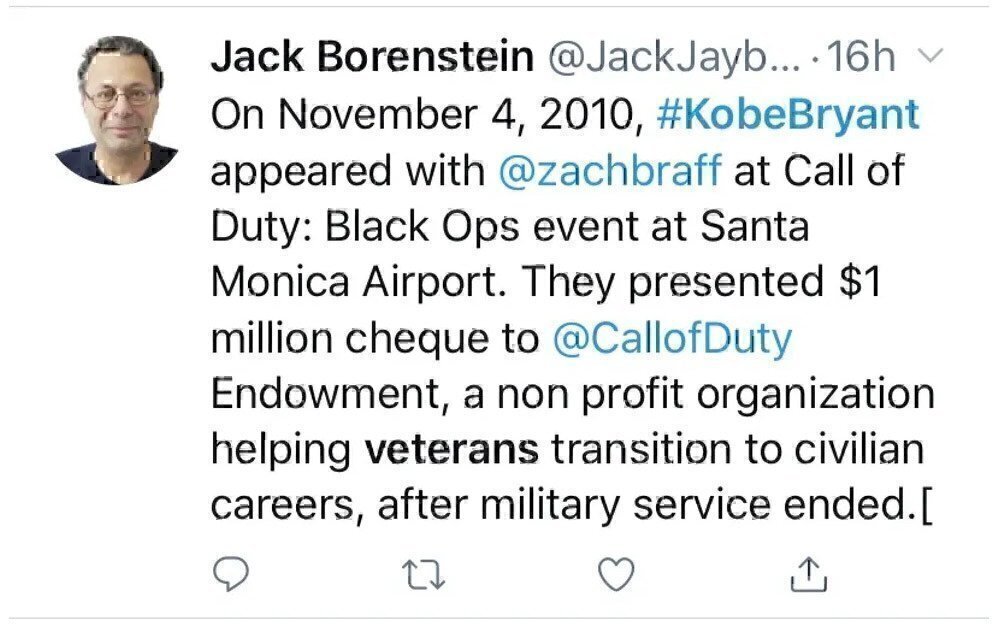 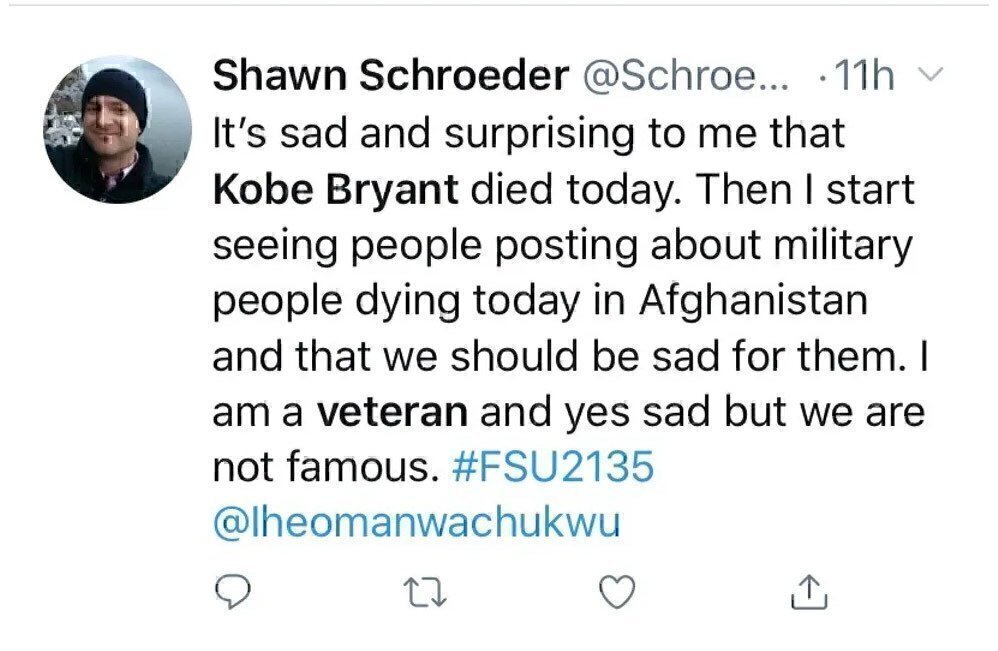 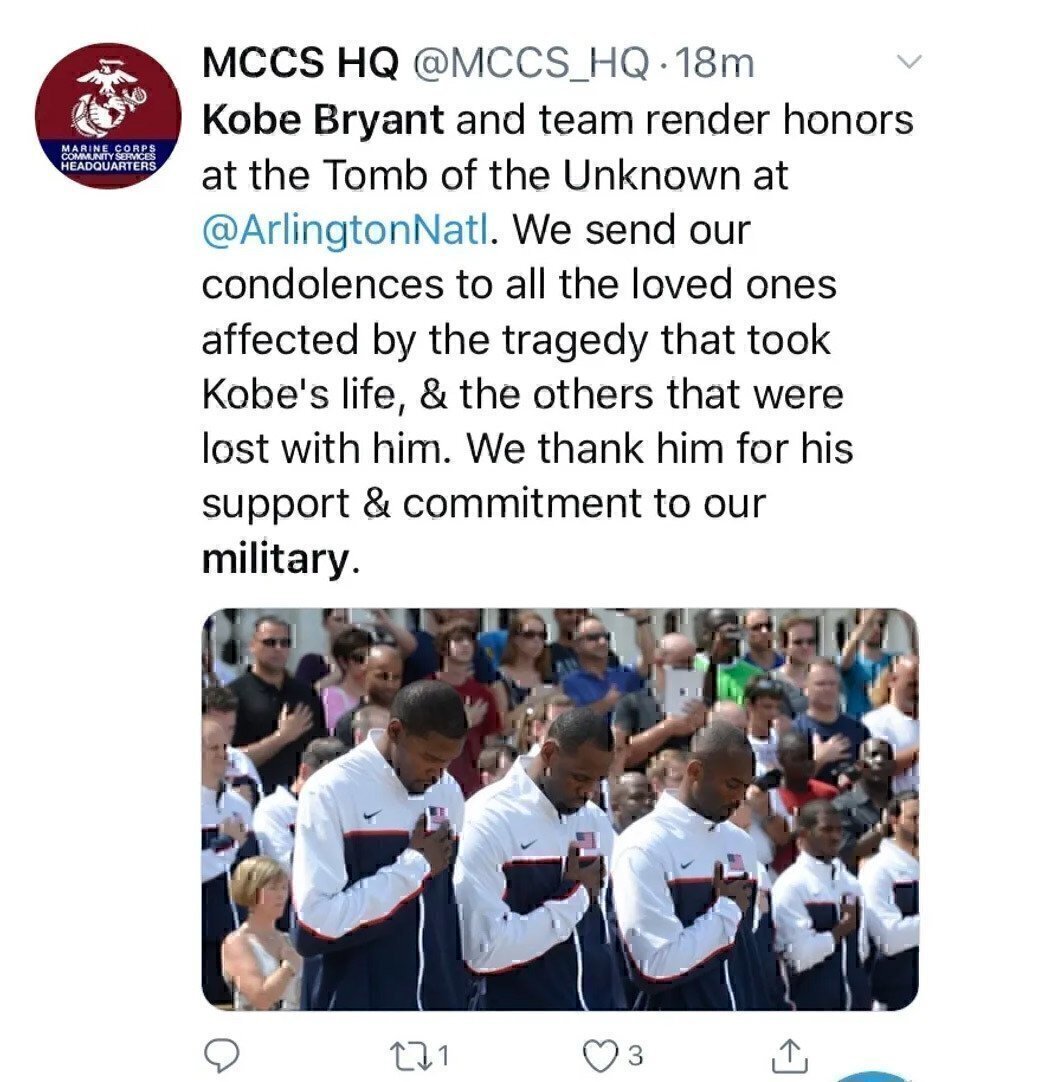 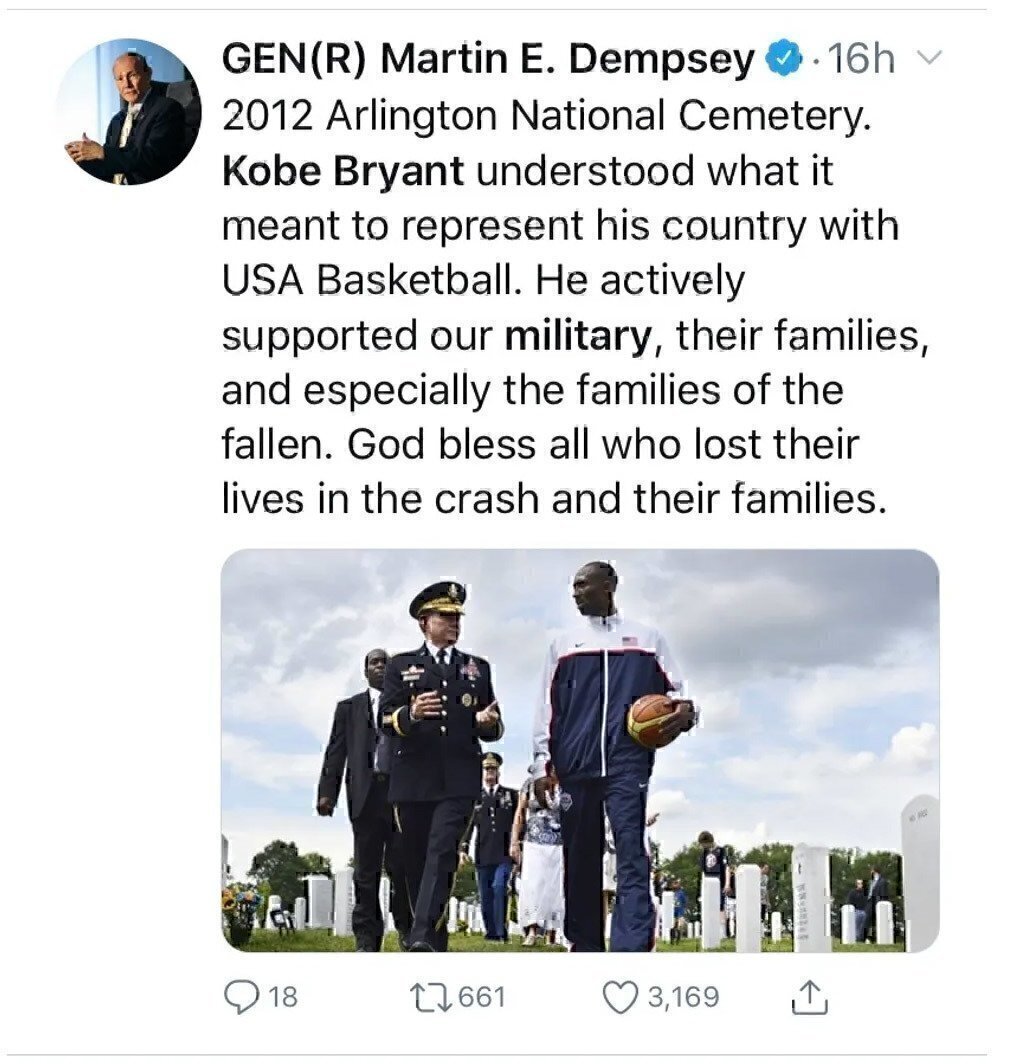 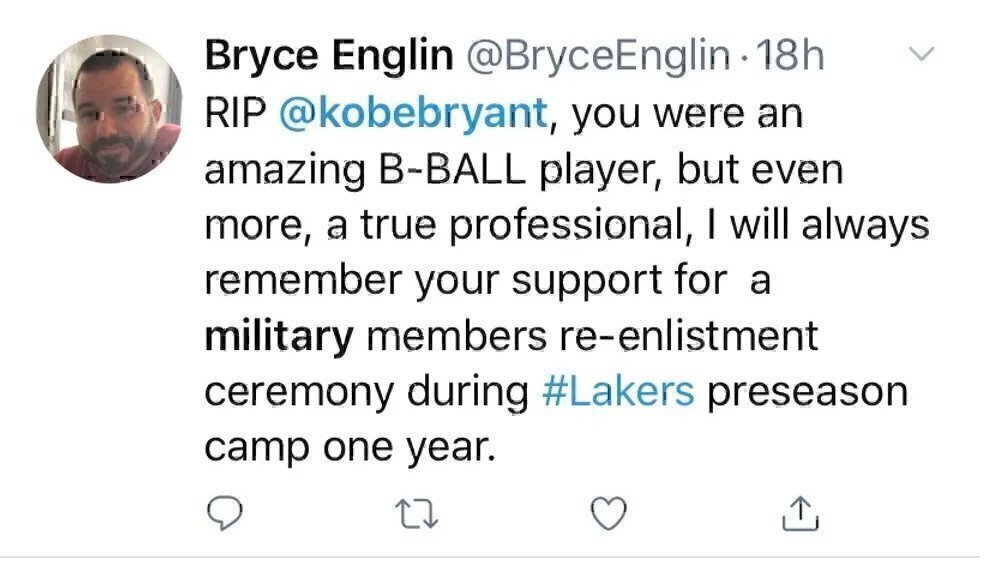 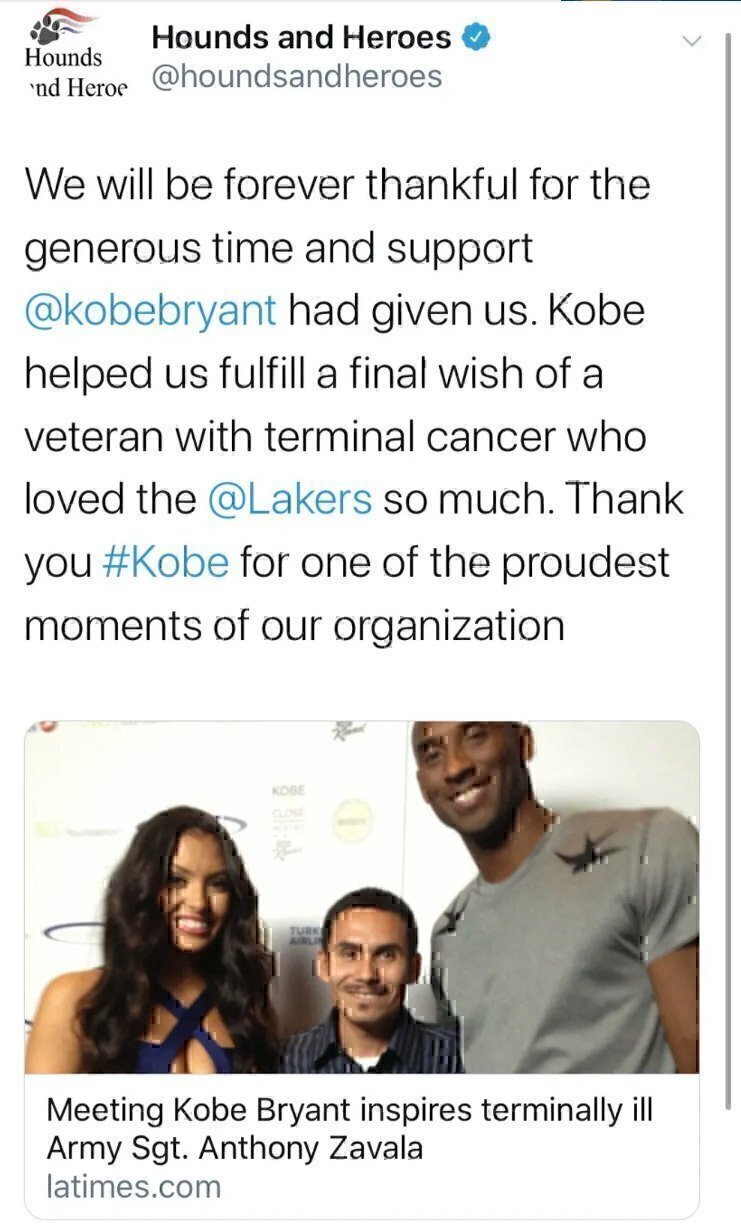