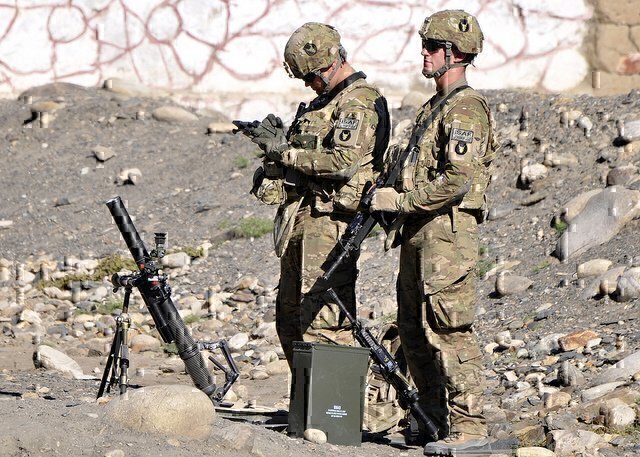 GRAFENWOEHR, Germany — The Army in Europe relies on five Force Protection Condition (FPCON) levels — Normal, A, B, C and D — or as the Army says, Normal, Alpha, Bravo, Charlie and Delta. The levels increase from lowest condition at Normal to the highest and most protective at Delta.

The U.S. Army Europe commander delegates responsibility to general officers for force protection, known as the GOFPs. The commander of 7th Army Training Command headquartered out of Grafenwoehr is the GOFP for USAG Bavaria and USAG Ansbach.

The GOFP is the lowest level of command within U.S. Army Europe authorized to change local FPCONs. Garrison commanders immediately begin implementing FPCON changes upon receipt of notification to change.

The Force Protection Condition, or FPCON, does two things to counter terrorists or other hostile adversaries:

(1) It sets the FPCON level at Normal, Alpha, Bravo, Charlie or Delta.

– Normal: Occurs when a general global threat of possible terrorist activity is possible. The minimum FPCON for U.S. Army commands is normal.

– Alpha: Occurs when there is an increased general threat of possible terrorist activity against personnel or facilities, the nature and extent of the threat are unpredictable.

– Bravo: Applies when an increased or more predictable threat of terrorist activity exists.

– Charlie: Applies when an incident occurs or intelligence is received indicating some form of terrorist action or targeting against personnel or facilities is likely. 100% ID card check required.

– Delta: Applies in the immediate area where a terrorist attack has occurred or when intelligence has been received that terrorist action against a specific location or person is imminent. 100% ID card check required.

(2) When an FPCON level is set, certain force protection measures are implemented. For example, if an Army garrison elevates to FPCON Charlie, you might see increased security measures at the gates, or even gate closures and the presence of additional security forces.

WHEN ARE FPCON LEVELS RAISED?

The FPCON levels are raised as a threat increases or if an attack has occurred.

HOW DO I KNOW THE FPCON?

The Force Protection Condition level is posted at each gate entrance and all entrances to garrison facilities. It is also located on the homepage at bavaria.army.mil.

HOW WILL I KNOW WHAT MEASURES ARE IMPLEMENTED AS THE FPCON INCREASES OR DECREASES?

While specific FPCON measures are not releasable in the interest of security, there are some key tips to keep in mind:

– The FPCON level has been set at Bravo or higher since 2001.

– FPCON Delta, the highest and most protective level, limits installation access to mission-essential personnel and other personnel as determined by the commander.

– What if you need to get on-post during FPCON Charlie or Delta? If you’re off-post and you live on-post, have children at school or need to get to the clinic, for example, and the Force Protection Condition has elevated to Charlie or Delta, stand by for further directions. Contact your supervisor or unit leadership for guidance. Connect to the USAG Bavaria Facebook page at www.facebook.com/USAGBavaria and ensure you’re registered in AtHoc — the Army’s mass-warning notification system.

– No matter what the FPCON is, always carry two forms of photo ID when entering U.S. military installations, according to the Army in Europe regulation on installation access control.

This article originally appeared on Army.mil