This is How Dog Tags Got Their Name

Troops carry with them the reminder of their death on the battlefield. Nearly every military since has a variation of identification tags, but it’s American troops who truly intertwine them within their culture.

To the American war fighter, it is as much of a badge of honor as everything else carried with them. The tags give the survivors of the conflict all of the necessary information about the fallen warrior. When they go to meet their maker on the battlefield, one is collected for immediately for notification and the other is used in case cannot be immediately recovered.

Carrying around some sort of identification for a warrior’s remains is a time honored tradition. Going as far back as the ancient Spartans, the phrase “Come back with your shield or on it” had a deeper meaning.

Of course, it’s a cold way for a wife to tell her husband to win the fight or die with honor. But the intricate and deeply personal designs of the Spartan shield meant that the wife could have closure if he fell in battle. Even the Roman Legionaries carried lead disks in a pouch around their neck called “signaculum.” 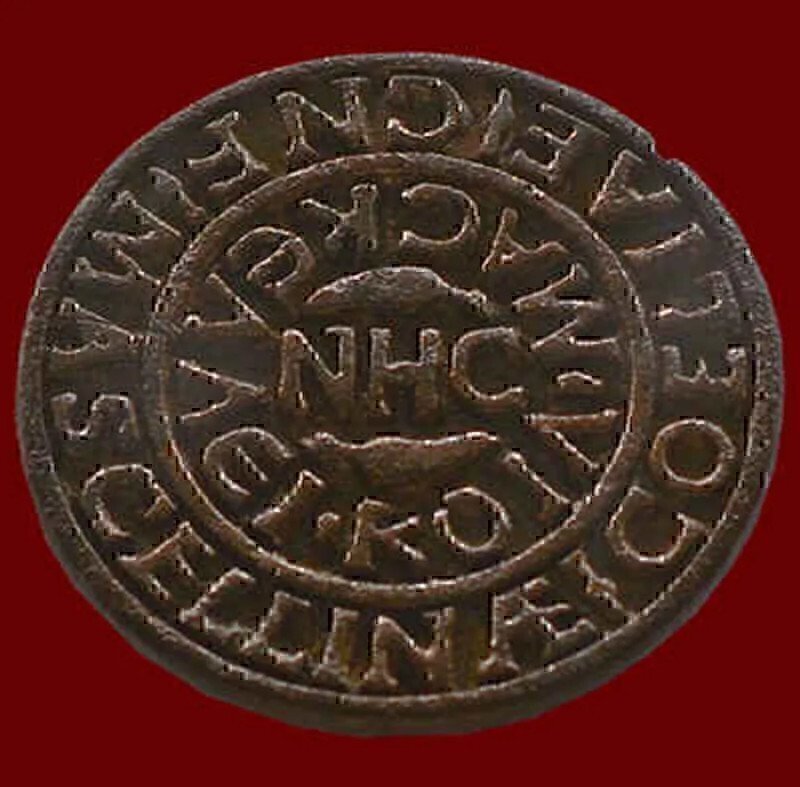 Roman Signaculum, one of the first identification tags. (Image via Rome Across Europe)

The first time American troops would use tags to identify their bodies was with Gen. George Meade having his men write their name and unit designation on a piece of paper. In 1906, aluminum tags were introduced and by 1913, it became mandatory to wear.

Through out the years, what was written on the tags has changed, and each branch of the current U.S. armed forces has different information written on them, but what remains constant is the troop’s name, religion, and usually the blood type.

The term “dog tags” actually can’t be found in U.S. military regulations, where instead they’re called “identification tags.” The military always has ridiculous names for everything, right? A shovel is an “entrenching tool,” a bed is a “rack,” the bumbling idiot who just graduated college is “sir.” The list goes on. 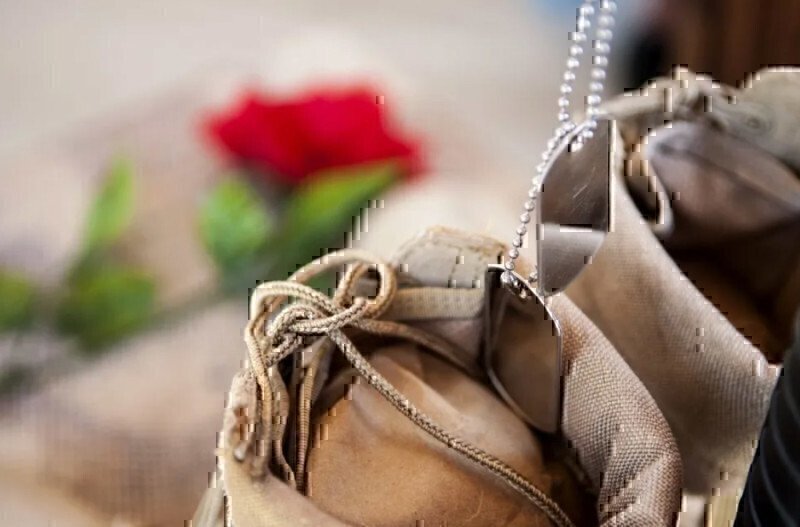 A pair of blank dog tags hang from a battlefield cross on display during a Memorial Day ceremony, May 25, 2015, in Goldsboro, N.C. The battlefield cross presentation is a tradition that began during the Civil War and continues today to show respect for fallen service members. (U.S. Air Force photo by Airman Shawna L. Keyes)

Among the first instances of the identification tags being called “dog tags” comes from the Prussian Army in 1870. It comes from the term “hundemarken” which was similar to what each dog in the then Prussian capital of Berlin required. The American adaptation of the name dates to just before WWII.

During the Great Depression, President Franklin D. Roosevelt instituted the Social Security Act. Through enumeration, the idea was to give a social security number to all employees across America. Troops would be an easy group to convince to adopt this change. We already had identification tags and incorporating a social security number into it for further identification was a smooth transition.

In comes William Randolph Hearst. History buffs may remember him as the media mogul who controlled the era’s news. Film nerds know him as the unofficial subject of “Citizen Kane.” He was also a fierce opponent of FDR and the New Deal.

Hearst began spreading a rumor about how the Social Security Act would label all workers with tags and probe them for all of their personal information. In reality, only one was ever created as a prototype in the massive brainstorm of ideas and was shot down early in favor of the cards we use today.

As troops adopted the SSN into their tags, it was further proof Hearst needed that FDR wanted to destroy America. The fear mongering of “you’re treated like dogs! Your personal information will be taken away! The government will own you!” continued. Soldiers, sailors, and Marines would read the papers by Hearst with indifference, gave a collective “Meh, we know,” and rolled with it.