Combined Insurance: Who Else Wants A Great Career? 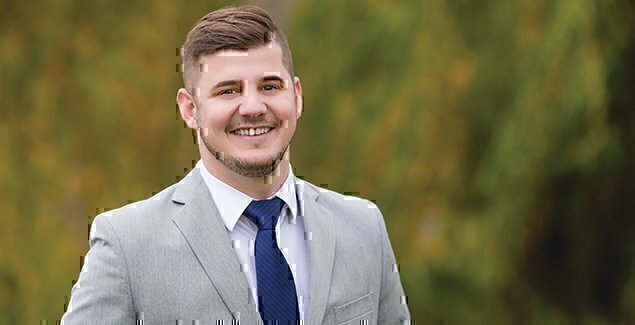 Sgt. Spencer Miller leads a team of 10 sales agents for a Fortune 500 company, even though he’s only 26 years old and has no college degree. How’s that possible? It’s possible because the company, Combined Insurance, recruits its leaders from the ranks of the military.  Combined Insurance is one of the most aggressive companies that hire veterans.

“We believe the experience a veteran gained while in the military is just as valuable as what an individual can learn in a classroom,” says Joseph Pennington, 36, who is the national military program manager for Combined Insurance and a former Navy Seabee. “That is why Combined Insurance has a devoted military hiring initiative that focuses on bringing in our country’s finest to fill these roles.”

Makes a lot of sense. Since launching its formal military recruiting initiative in 2010, Combined Insurance has hired more than 2,500 veterans and those with a military background, and plans to hire 2,800 more over the next two years. In 2015, Combined Insurance, which sells supplemental accident, disability, health and life insurance products and is an ACE Group company, launched an initiative to build all-veteran “Military Market” teams to operate in areas highly populated by veterans like San Antonio, San Diego, Fort Hood, Texas and Fort Bragg, N.C. What better place to find experienced leaders to staff and lead these teams than the military?

Like all of the companies named to the 2016 Military Friendly® Employers list, Combined Insurance goes way beyond just hiring veterans. The company has honed its training, onboarding and mentoring programs to give the veterans it hires the tools they need to succeed. For its efforts, Combined Insurance was ranked at the top of the 2016 Top 100 Military Friendly® Employers list for the second consecutive year.

“Veterans have been an integral part of Combined’s business model for a long time,” says Navy veteran Chris Hale, chairman of Victory Media, which publishes G.I. Jobs. “So while many companies are new to the concept of ‘why hire military,’ companies like Combined have refined the ‘how’ part of that. Congratulations on achieving the No. 1 ranking for a second consecutive year.”

Only two other employers have ranked No. 1 on the Top 100 Military Friendly® Employers list two consecutive years: Union Pacific and USAA. Like a hockey team that wins back-to-back Stanley Cup championships, repeating is not easy. And it’s no accident.

“This is a team effort, and we are extremely proud to be named as the No. 1 Military Friendly® Employer by G.I. Jobs for a second consecutive year,” says Art Kandarian, senior vice president of business development for Combined Insurance and a retired Army colonel. “This is truly an honor and a great source of pride for our whole company.”

The recipe for veteran success at Combined is simple, really. The company takes a holistic approach to tapping the talent, training and experience of America’s veterans. Recruiting and hiring is the first ingredient. The team devoted to recruiting veterans attends about 100 hiring fairs each year, many of them on military installations.

A generous dash of onboarding is the second ingredient. New veteran hires attend the company’s weeklong training program in Glenview, Ill., where they learn about Combined Insurance products. The program is built around the book, “The Success System That Never Fails,” penned by the company’s founder, W. Clement Stone. Once the training is completed, each new veteran employee continues their training in the field with a trainer or manager.

That’s where the Military Market teams come in. The all-veteran teams mean many new veteran hires can work for a manager who is prior military. “Military markets allow transitioning service members to report to a style of leadership they are familiar with,” Pennington says. “We also believe it gives the veterans a comfortable environment to grow their career in a new civilian workplace. Through this year, we have found a very high retention and a strong production rate in our Military Markets.”

So far Combined has 17 territories and two markets led by veterans. The company plans to grow this number based on their success. For that, they’ll be recruiting more leaders from the military. “Military veterans have their leadership skills tested in some of the most pressure-filled situations imaginable, so we believe we can take those qualities, teach them our business, and provide them with successful, long-term careers,” Pennington says.

Spencer Miller is a territory manager in eastern Iowa. Still serving in the Iowa National Guard, he leads a team of 10 sales agents, tracking and maintaining their productivity. He mentors his team as well, helping them achieve personal and professional growth. Miller also prospects for new customers, works with current customers and recruits new sales agents.

The sales agent position is an ideal role for many veterans, Pennington says. While a college degree is not required, agents must be able to accomplish a mission – selling supplemental insurance to individuals and small businesses – with very little supervision. It’s a position that requires hard work, motivation, a positive attitude and integrity. After three to four months in the field, agents can be considered for management positions.

Miller says veterans interested in a career in insurance should be prepared to work hard, learn new skills and adapt to an ever-changing environment. They should also expect to be rewarded based on merit. “That’s why I’m here,” he says. “I’m not paid based on my military service – I’m paid based on how good I am.”

If this sounds good to you, there’s plenty of opportunity on the horizon. Kandarian says Combined Insurance will intensify its efforts to recruit from the military. “We plan to build upon our success by continuing to seek talented military veterans to build and lead sales teams, expanding our military market structure in areas of the country with large military installations and large military veteran populations, and continually aiming to create a positive employment experience for our veterans through ongoing development, career opportunities, recognition and rewards, mentoring and strong leadership,” he says.

If insurance isn’t your niche, there are 222 other Military Friendly® Employers to consider. Included in each profile are the top jobs each employer is hiring veterans for, as well as the top hiring regions in 2016. Happy holidays, and happy hunting!