How Not to Buy a House Before Military Separation 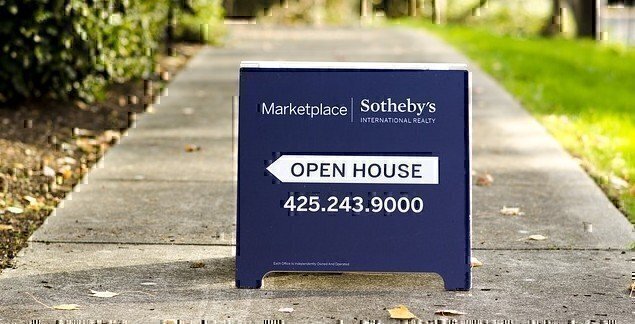 If you’re separating from military service, buying a house after getting out of the military can be tricky. Actually, buying a home can be tricky at any time. Doing it while readjusting to civilian life, in the midst of a career change, possibly from the other side of the planet can be downright terrifying.

Trust me, I’ve been there.

A house is likely the biggest purchase you’ll ever make, so not screwing it up is probably the right call. It’s not the call I made, but it wasn’t for lack of trying. Having royally screwed it up, the best advice I could give is to do your homework, consult experts, and take your time to make the smartest, most practical choice you can.  Need a Realtor? Read  “How To Choose A Realtor For A Military Move”

The second best advice I could give is listen to what I did and don’t do that.

It took almost a year of crushing anxiety to move our family 4,500 miles across the planet and into a home of our own. In the end, it worked out, but not before the experience robbed me of untold amounts of time, energy, and hair.

About six months after I separated from active duty and six months before the end of my wife’s enlistment, we decided it would be a good idea to buy a home in advance of moving back to the mainland. We had a one-year-old at the time, and another baby on the way, so it was obvious that the move was going to be tough. We thought if we took the trip out to Pennsylvania a few months early, we’d already have a house waiting for us.

In preparation, we upped our monthly saving goals, researched towns, school systems, and real estate agents. We applied for and received a loan pre-approval that was far in excess of anything we’d ever use. Obviously, everything worked out perfectly.

Just kidding, it was a disaster!

Remember how I mentioned it was six months until my wife separated? Evidently that’s a pretty important number when it comes to bank loans. We didn’t know enough to ask in advance, but it turned out that banks consider active-duty to be the same as unemployed if you have less than six months on your enlistment and no job offer in hand. Unknown to us, we crossed that six-month threshold while we were looking at houses and we had no job offer since our financial plan revolved around a combination of savings and Post-9/11 GI Bill benefits.

By the time we realized the problem, it was too late. Our bank loan was rejected, and we were left with nothing to show for the trip other than the bills for an expensive week-long Pennsylvania vacation. Hey, PA is nice, but it’s not “three-thousand-dollar vacation from Hawaii” nice.

The worst part was that we needed only a tiny loan to make the deal work. We could have nearly bought the place outright. Just a few thousand dollars would have made it work. We were financially sound, but the bank said they had rules; rules that could not be broken no matter how unbelievably silly they were. GI Bill stipends could not be counted as income. Cash on hand could not be counted as income. A promise to get a part-time job at the video store to pay the tiny mortgage was rejected. We had the choice to reenlist or lose the house.

We lost the house.

We found ourselves back in Hawaii. There wouldn’t be enough time to return before the baby was born, and after that it would be just a few months until my wife’s EAOS. The sellers blamed us for the collapse of the deal, and held onto the good-faith money we put up to secure the deal. Besides that, everything was fine.

When we returned to Pennsylvania a few months later, it was as nomads with a toddler and a newborn in tow. It was… not fun. It was stressful. We had to significantly lower our expectations without a loan. Even when we eventually found a tiny place just off campus from our future school, we had the fun experience of having our household goods being delayed for three months. As an aside, always double-check the rules for household goods delivery. If they tell you they can deliver to anyplace closer than your stated destination and you believe them, you’re going to have a bad time.

Keep in mind that your circumstances are almost certainly different than mine. Rules can change over time, and might not apply to you as they did to me. The point isn’t to simply avoid one particular roadblock. The point is to always double check on everything. Buying a home is hard. Buying a home in transition is harder. Buying a home while trying to deal with a squalling newborn and a toddler that eats everything will make you wish you were back in boot camp.

If there’s anything my story can teach, aside from “don’t do what this fool did,” it’s to keep your head on a swivel. Finding the right house, in the right town, at the right price is important, but if the finances are even a little bit screwy, you’re going to experience the wonderful world of hotel living (or couch surfing, if you’re lucky). Seek out experts and friends who’ve done it before.

And seriously, whatever you do, don’t trust the shipping clerks to get your household goods right. My back is still recovering from sleeping on a futon for three months.  If you are in need of a VA loan, we recently published Veterans Affairs Home Loans just Got Better, which would be a great additional read!

READ NEXT: Purchasing a Home During Your Transition: What to Expect