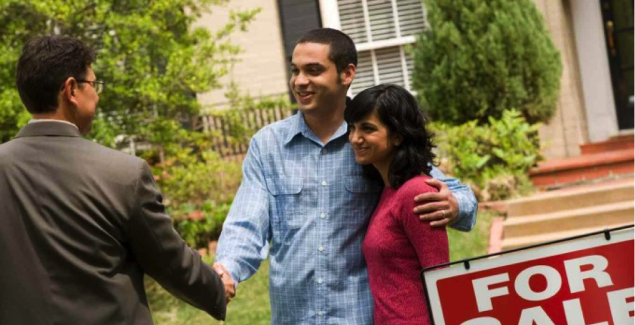 Whenever Duan Rockette meets a prospective client, the St. Louis real estate agent asks a simple question: Did you serve?

That isn’t a question many real estate and mortgage professionals asked just a few years ago. But Veterans Affairs home loans, which require 0% down, have boomed since the housing crash, driven by a combination of tight credit and sputtering incomes.

Lenders funded an all-time record $39.6 billion in VA loans in the second quarter of 2015, according to Inside Mortgage Finance. This program, which is part of the original GI Bill, was on pace to have its second-biggest year ever.

As Veterans Affairs home loans have had a reputation for red tape and bureaucracy, Rockette often finds himself explaining that today’s VA loan program is a lot different than some veterans might remember.

Conventional loans remain the gold standard when it comes to swift closings, but the government-backed options have closed the gap. During the past 12 months, the average conventional purchase loan closed in 40.8 days, compared to 41.8 days for VA and 42.3 days for FHA, according to data from mortgage software firm Ellie Mae.

But more automation and efficiency in recent years is helping the 71-year-old VA loan program keep pace with other loan products. And in some key areas, including foreclosure avoidance, Veterans Affairs home loans have become an industry leader.

“The biggest technology my grandfather had when he was interacting with the VA home loan program was a pen and a stamp,” Mike Frueh, the head of the VA loan program, said recently during a conversation at the U.S. Navy Memorial in Washington, D.C. “Technology has come a long way since then. We’ve developed a lot of systems, and we have access to a lot more information than we ever had before.”

New tools have helped the VA increase turnaround times for appraisals, long a sore spot for buyers, agents and lenders alike. The agency has also pushed to add more third-party appraisers to the fold.

“We’ve added technology to make the analysis of the appraisal quicker,” Frueh said. “We know something about almost every parcel of real estate anywhere in the country that a veteran wants to buy, which allows us to get a value from the appraisal much faster than we ever could before.”

Nationally, the VA says its appraisals are coming back in under 10 days on average, although it can take longer in more remote areas. That’s on par with the typical turnaround time of about a week for most home appraisals, according to National Mortgage News.

Improvements in automation are also helping veterans and service members get critical paperwork faster. VA home buyers need to obtain a Certificate of Eligibility to verify they can use this type of loan.

A decade ago, veterans and service members had to fill out and send away forms to their VA regional office. The process could take weeks. Today, nearly 90 percent of Certificate of Eligibility requests from veterans and lenders are fulfilled in seconds using an online portal, Frueh said.

The VA has also invested in technology and personnel to help keep more veterans in their homes. Frueh and his staff get monthly updates on each of the 2.3 million active home loans.

Foreclosure specialists then contact borrowers who get more than 60 days behind on their mortgage. They work with lenders and servicers on behalf of troubled homeowners to find alternatives to foreclosure, such as a loan modification or a repayment plan.

“I’ve had a lot of talk with other federal agencies about what we do, and they say, ‘That’s an outstanding model. We’d like to adopt it,’” Frueh said. “It’s really nice to be part of a federal program that’s actually been in front of the private sector.”

A former journalist and author of “The Book on VA Loans: An Essential Guide to Maximizing Your Home Loan Benefits,” Chris Birk is also content development director for Veterans United.

READ NEXT: New Pilot Program Launched by the VA Will Train Veterans in IT