It’s not bravado, it’s not some Hollywood publicity stunt, and it sure as hell isn’t special effects. Arnold Schwarzenegger not only owns a tank, he knows how to drive it and operate it in every possible way. It wouldn’t have done him much good in the Army if he didn’t know how to use its weapons. But the tank he has is a special one – to him, anyway.

The Terminator’s tank is the same one he used to learn his tank skills while serving in the Austrian Army. 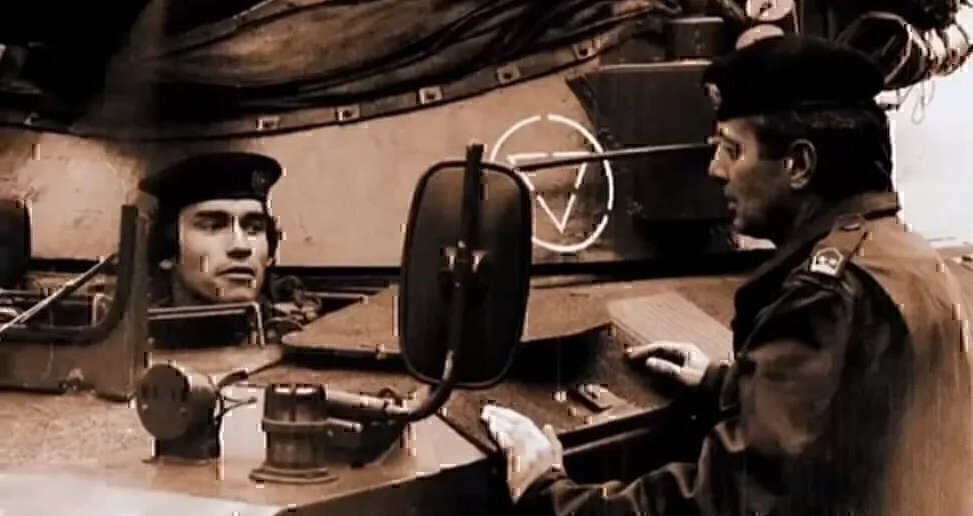 Austria is one of few countries in Europe to have mandatory civil or military service upon graduating from high school at age 18. A young Arnold Schwarzenegger, never one to shirk his duties, did what he had to do. He joined up and became a tanker in the Austrian National Army in 1965. His tank is a 1951 M-47 Patton tank, designed for the U.S. Army and Marine Corps to take the place of the Pershing tank in the early days of the Cold War. The 50-ton behemoth uses a V-12 Chrysler twin turbo gas engine and cranks out 810 horsepower for a max speed of 30 miles per hour and a whopping 2.3 miles per gallon. But Schwarzenegger doesn’t use it to get around the streets of Southern California.

These days, the action star uses the tank to keep kids in school, especially disadvantaged or at-risk students. Students come to Schwarzenegger’s home to check out the tank and have fun with him in a series of after-school programs. The ones who stay in school get to drive the tank. He even put a day in the tank up as an Omaze reward, offering donors to The After-School All-Stars Program the chance to crush stuff “blow sh*t up” with him.

The tank was housed at the Motts Military Museum in Ohio until 2008 when then-Governor of California Arnold Schwarzenegger decided his role would soon include driving over cars to keep kids in school.

Arnold Schwarzenegger has a new mission in Hollywood – We Are … ›