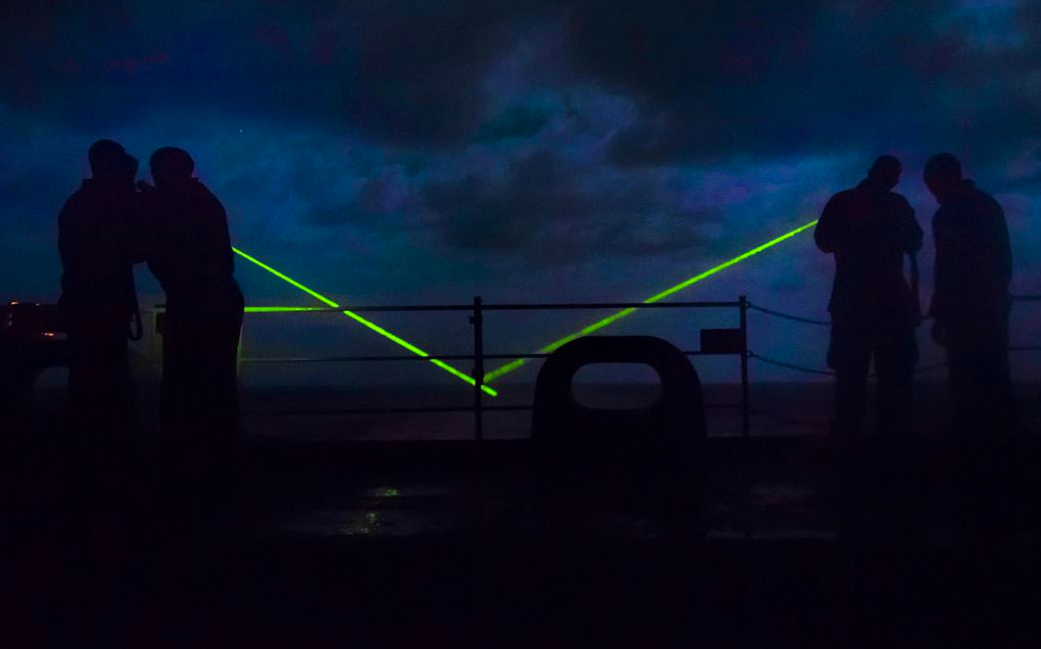 WASHINGTON — Within a decade, if not sooner, leap-ahead technologies like lasers, hypersonic weapons, mobile and secure networks and unmanned/autonomous air and ground vehicles will likely reside in combat formations, said the Army’s secretary.

The secretary provided a glimpse into some of these new capabilities that the Army is developing, in partnership with industry, as part of its six modernization priorities. 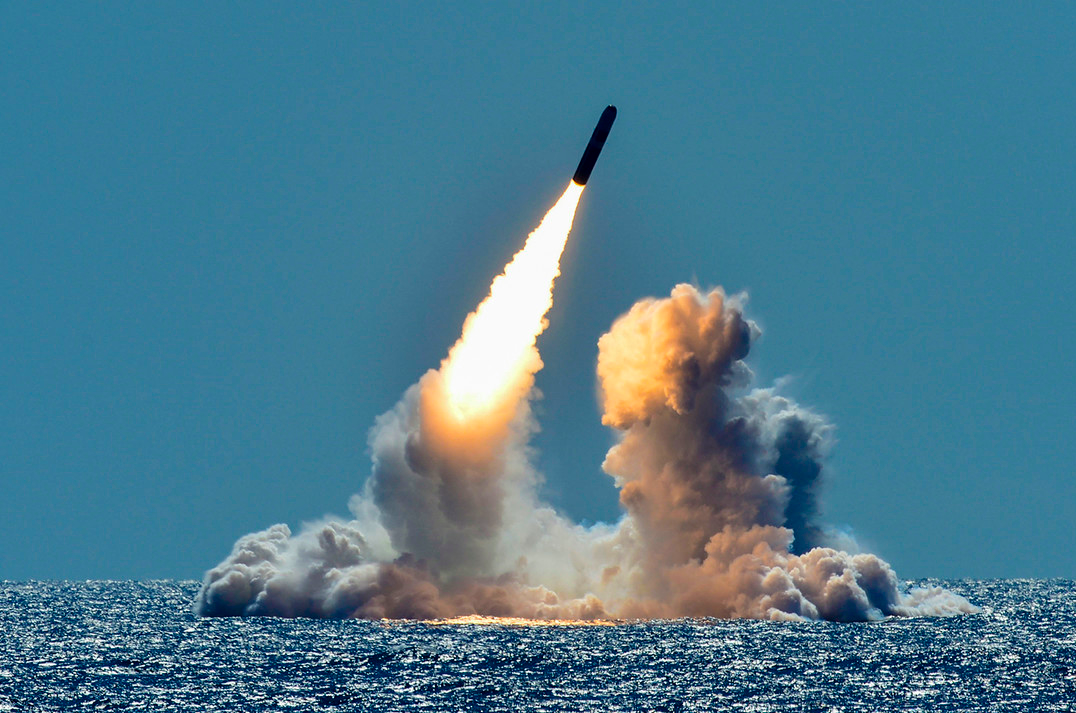 “The Army is looking at hypersonics as game changer in its No. 1 modernization priority: long-range precision fires,” Esper said.

Hypersonic weapons can fire rounds or a projectile hundreds of miles, he said. “That gives us an incredible ability to reach out and hurt an adversary or at least to hold him at bay,” he said. Further, it would buy time for maneuver forces to secure objectives on the battlefield.

Projectiles of hypersonic weapons travel at speeds of Mach 5 or more using a supersonic combustion ramjets. Mach 5 is a speed well above high-performance jets that cruise at Mach 3 or 4 at their fastest. Experts say that cruise missiles or even unmanned aerial systems could eventually be modified to make them hypersonic. 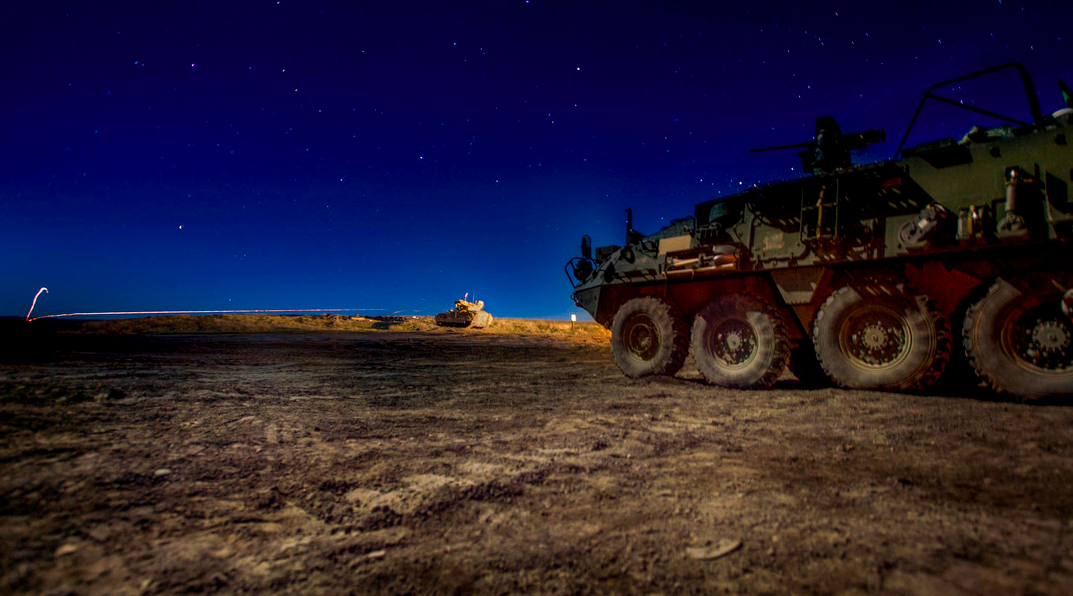 The second modernization priority, a next generation combat vehicle, will replace the aging Bradley Fighting Vehicles, which no longer have the power or space to haul modern communications gear or advanced weaponry, he said.

For development of the NGCV, the Army is not averse to opening the competition up to foreign partners as well as American companies, he added. The Stryker, a highly successful vehicle, wasn’t made in America.

While NGCV is the second priority in modernization, the Army will need to continue to improve upon its current fleets of tactical vehicles until a complete phase-in of NGCV occurs, which will be further down the road.

Right now, some Bradleys have been test-configured in a leader-follower formation, allowing them to run semi-autonomously. Eventually, Bradleys will be able to run completely autonomous. And the NGCV will be designed from the ground up to operate that way, and it will also be able to team with manned vehicles.

The difficulty in doing that is the vehicles will need to avoid obstacles in the terrain, operate without GPS and move while under attack, something current driverless car technology cannot yet accomplish, he pointed out.

But the time will come when that’s possible, aided by such things as artificial intelligence, he said.

Not NGCV specific, but on another vehicle-related matter, the secretary said that a production decision on the Joint Light Tactical Vehicle will be made later this year. JLTV is a replacement for the Humvee. 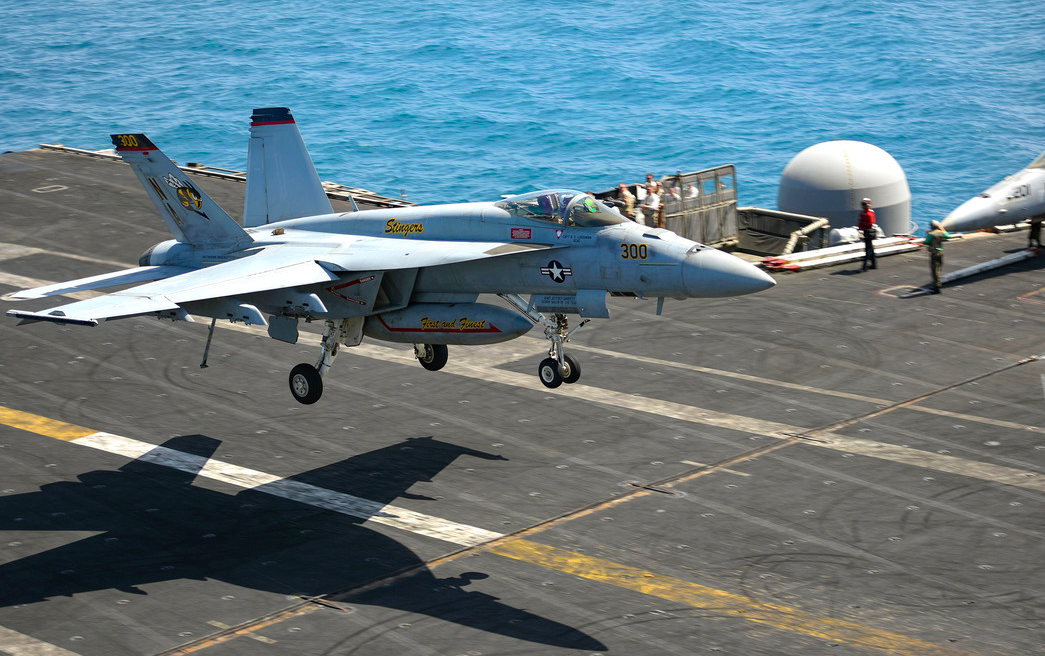 The Army expects to get a future vertical lift prototype, its third modernization priority, in the 2020 timeframe, Esper said.

There are some demonstrators now, with industry shelling out $3 or $4 dollars to every dollar the Army puts up, which is good value for taxpayers, he noted.

READ NEXT: 6 TYPES OF PEOPLE YOU MEET AT THE ARMORY

Having said that, the Army’s current aviation fleet is in good shape and will continue to get upgrades.

The dream of FVL, he said, is to get much more range, lift and speed over what the current rotor fleet can provide. That will enable aviation to provide Soldiers with the lift, surveillance and firepower they will need on battlefields of the future. 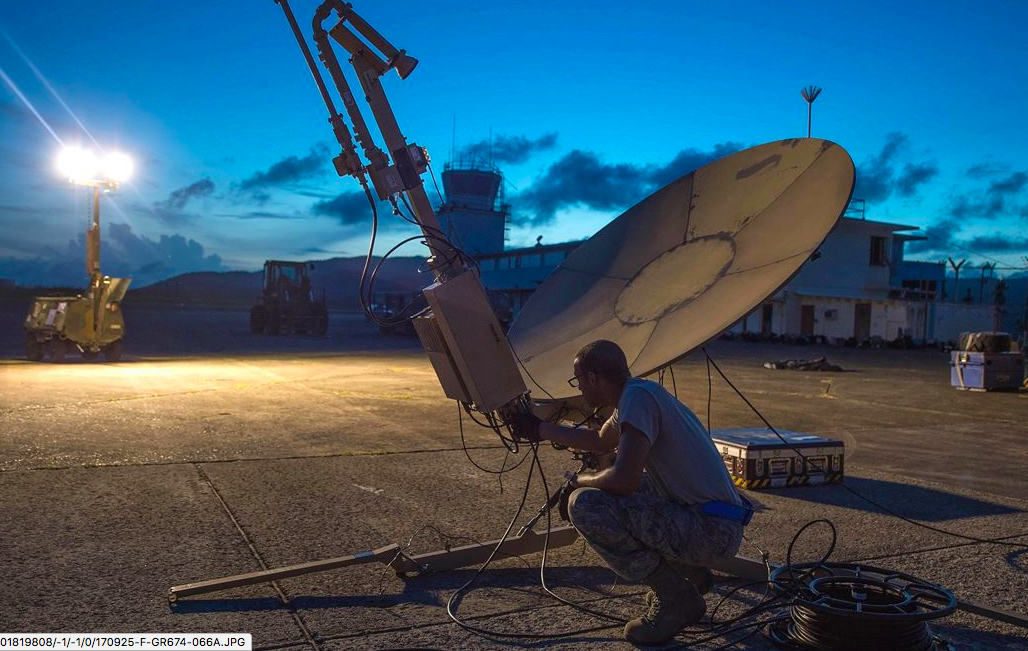 The fourth priority is building a network that can move with the maneuver force and enable secure communications, Esper said.

Soldiers at the combat training centers are now training to operate without GPS or communications. It’s the type of training the Army used to do but had gotten away from, he added. 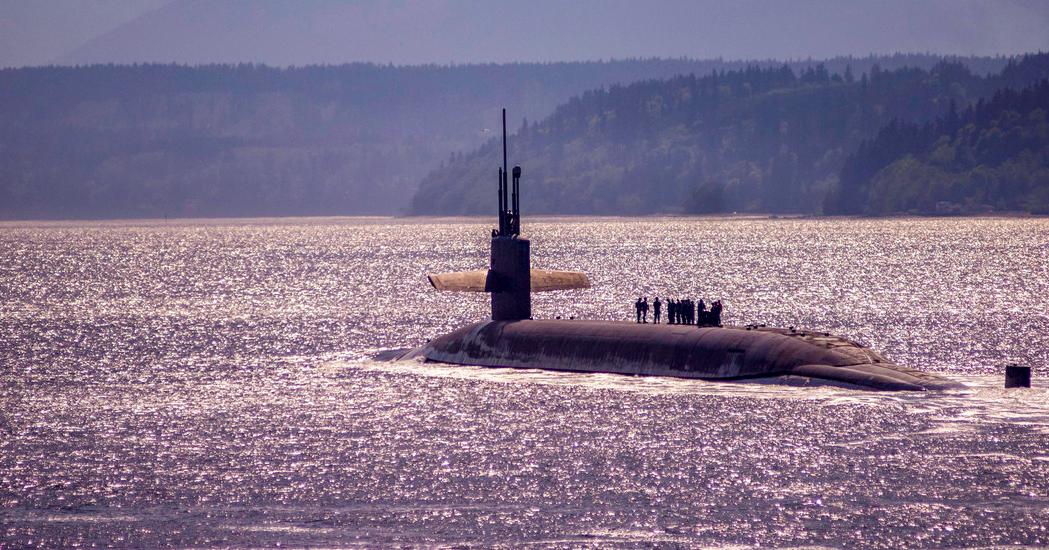 The fifth modernization priority is air and missile defense.

Russian and separatist activities in the Donetsk region of eastern Ukraine was a wakeup call for the need to improve air and missile defense, Esper said. In 2014, drones were used to surveil and target Ukrainian mechanized units with rockets.

Opposition forces at the combat training centers are now employing unmanned aerial systems as part of training, he said.

By 2020, the Army will field a battery of Strykers in Europe that will be fitted with interceptors to shoot down enemy aircraft as well as UAS, he said. But that’s only an interim measure.

The advantage in using directed energy weapons, Esper said, is that they have an unlimited magazine as long as they are being powered, and, “you can’t get caught by the enemy while you’re re-loading missiles on the rails.”

Hypersonic weapons could also be employed in air and missile defense, he added. 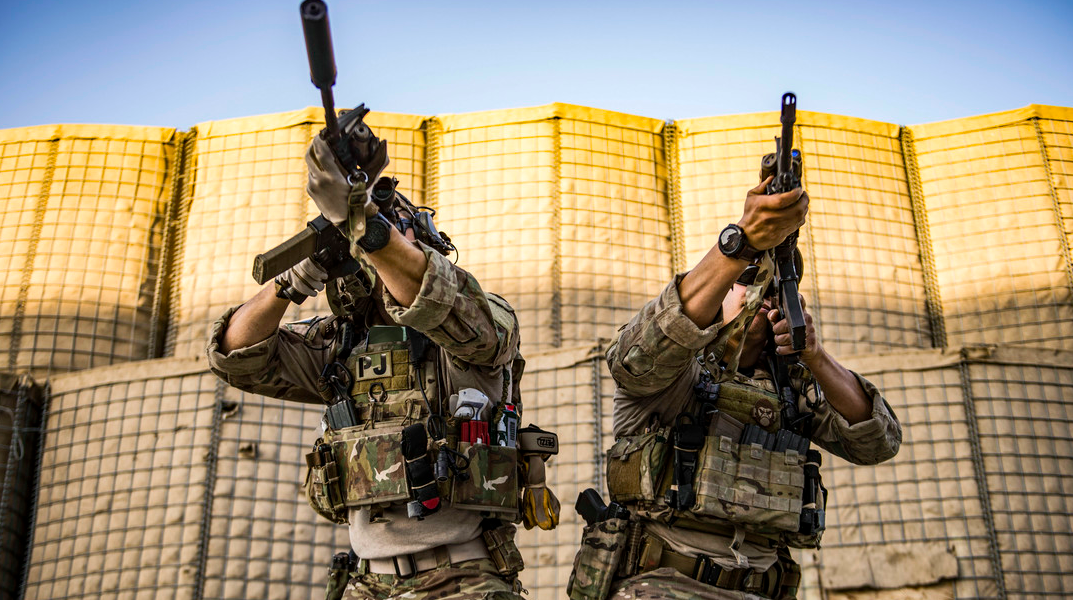 In areas of modernization, there is a lot of research going on with things like improved night vision goggles and synthetic training, Esper said.

However, there are ways in which the Army can make Soldiers much more lethal outside of the scope of research going on in the Soldier Lethality and Synthetic Training Cross Functional Teams, he said.

For instance, Congress has provided the Army with enough funding to increase CTC rotations, he said. In coming years, the Army will be able to do 20 rotations per year, which include four involving the Reserve components.

These rotations involve the high-end, maneuver warfare fight and also asymmetric warfare where, for example, role-players standing in as refugees are scattered on the battlefield. “We don’t want to forget the hard-won lessons of the past,” he said.

The Army will also soon launch its Integrated Pay and Personnel System, which will identify Soldier’s knowledge, skills, attributes and desires. This will allow the Army to place Soldiers in the right jobs and locations, he said, and that will increase readiness.

In another effort to improve readiness, the Army is actively engaged in removing tasks Soldiers do that don’t involve readiness and is not congressionally mandated, like certain training, he said.

“The goal is to get Soldiers away from their computers, out of their offices and into the field,” he said.

Lastly, to improve the fitness of Soldiers, and reduce injuries and non-deployability, “we are planning and budgeting to put into all of our maneuver battalions a nutritionist, a sports trainer and a physical therapist. Some units are doing that already. The game plan is to treat our Soldiers like professional athletes,” he said.

During a recent visit to Fort Drum with the 10th Mountain Division, Esper said he met with leaders who said that after these health professionals were added, injuries went down and fitness levels noticeably increased because of how they adapted their training.

READ NEXT: HERE’S HOW THE NAVY TESTS ITS NEW CARRIER LAUNCH SYSTEM

Article Name
6 Improvements the Army Needs for Future Weapons
Description
The Army released details about what their future weapons and capabilities will require to ensure they remain the most well equipped fighting force in the world.
Author
David Vergun
Publisher Name
Army News Service