What it Means to Be A Mentor — Lessons From Chuck Swannack 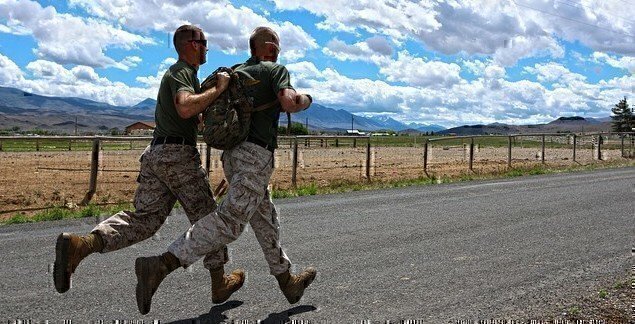 We focus on the importance of mentors day in and day out in our society, but oftentimes it becomes a cliché that loses its significance. There are bosses and leaders, and those whom you have met along the way who leave a strong impression, but mentoring is an entirely different aspect altogether. Mentors are those who take the time to care about your progression and want to see you succeed.

Mentors are there when you do fail, and help you to see the pieces that you need to pick up so you can move forward. They are a listening ear which provides positive influence. Mentors are part of the building blocks of life that make you successful as a career professional, an athlete, and absolutely as a military member. Without a doubt, a mentor is something you should incorporate into your life and career trajectory.

Recently, I had the privilege of interviewing retired Army Maj. Gen. Chuck Swannack regarding mentorship. As he was a mentor to many himself, it was stimulating to hear his take on the concepts.

Swannack graduated from the U.S. Military Academy at West Point in 1971. During his long career, Swannack commanded the 2nd battalion (2/9) of the 9th Infantry Regiment garrisoned at Fort Ord, Calif. The unit deployed as part of the 7th Infantry Division (Light) for Operation Just Cause in Panama. He also commanded the 82nd Airborne Division. In Iraq, Fallujah insurgents attacked a convoy that was carrying Swannack, firing on the vehicles from rooftops with RPGs.

Swannack’s last assignment was Deputy Commanding General of the 18th Airborne Corps and Fort Bragg. He is now the Executive Director of Speedway Children Charities.

Why did you enter the service?

I entered primarily to attend West Point assuming since we were at war in Vietnam that I would serve my country during five years payback.

Did you have a mentor who helped you to decide whether or not you would enter? If so, who was it?

Did you have a mentor while in the service? If so, who and how did that play into your career track?

I had several mentors during my 34 years in the Army. My first was when I was a major through lieutenant colonel who shaped my philosophical approach to infantry leadership and warfighting.  I had a second mentor when I was a colonel who shaped my understanding of creating conditions for battalion and below commanders to succeed. My last mentor was when I was selected to general officer who shaped my understanding of inside and outside the Washington beltway and getting the work of the Army done by contacting fellow general officers.

Why do you think it is important for service members to find mentors?

Mentors are important to validate through experience the areas junior officers are taught or learn, and contemplate their feelings, yet never solidify conceptually. Mentors are an invaluable resource to help ground officers in the many troubling areas of military service which books and/or training left unanswered.

What does the word ‘mentor’ mean to you?

A senior officer (could be warrant or non-commissioned officer) who takes the time and energy to shape the junior officer’s abilities.

READ NEXT: What Gen. Petraeus Wants You To Know About Transitioning Out Of The Military