What Gen. Petraeus Wants You To Know About Transitioning Out Of The Military 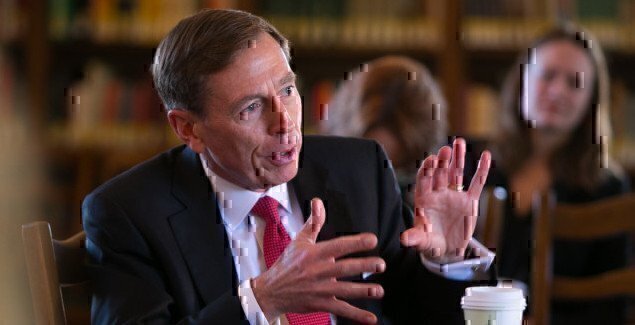 I tend to mention that I am “often fascinated by people, but rarely impressed.” My expectations of others to be well-rounded motivators frequently leaves me feeling disappointed and uninspired at the end of the day.

Perhaps this is a reflection of my own internal critic, but when I look for someone who deserves my respect and admiration, my prerequisite is that the person is inspirational to others and encourages them to be better people in more than just one aspect of life. Bottom line is that it takes a great deal for me to truly respect and admire someone as a leader, but retired Gen. David Petraeus is someone whom I have held in the highest esteem for as long as I can remember. When I reached out to the general to ask if I could interview him in regard to the concepts of transition for our military service members, his response was that he was honored, further affirming my beliefs of him as an iconic and influential inspiration.

With 37 years of stellar service in the Army, Petraeus served as the commanding general for the surge in Iraq, then commanded Central Command. He served as commander of the International Security Assistance Force in Afghanistan before moving on to become the director of the CIA. Petraeus proved to the men and women in the military that you could climb the ranks of success while still keeping up with the other checks and balances of life — one may have to make sacrifices, but self-respect was not one of those elements. The same applies to the civilian world.

The following are the responses from the general to nine pointed questions that I receive on a regular basis from men and women serving who are seeking advice on career transition. Here the general, who now serves as partner and chairman for Kohlberg, Kravis Roberts (KKR), provides us his opinion with candor.

1. As you grew in rank, was there a point that you started to think about the transition to civilian life? If so, when, and what were your biggest fears?

Petraeus: I did not spend much time thinking about transition to civilian life over the years. Periodically, I thought that one pursuit or another might be intellectually stimulating and rewarding; however, I did not do any serious thinking about what I might actually do in civilian life until after I left government. I then undertook a five-month process to determine what opportunities existed, to evaluate each of the opportunities, and to negotiate the specifics of those opportunities I ultimately decided to pursue. In fact, I have been very fortunate to develop a wonderful portfolio of business, academics, speaking and veterans-support endeavors, and I have enjoyed the new pursuits enormously.

2. How do you feel the military prepares members for their exit to the civilian world? If you could aid in assisting the programs, what would you change?

Petraeus: I think that the military is doing a better job of helping its members prepare for the transition to civilian life, having expanded the transition course and pursued other initiatives to ease the move to “civvy street.” Having said that, there is undoubtedly more that could be done, including getting those preparing for transition thinking farther ahead and not waiting until their final weeks to explore the opportunities that might be available to them. Just helping those in uniform take advantage of the various online sites that help make job opportunities known, that help mentor new veterans, and that offer various elements of advice would be helpful, too. Those are the initiatives I would pursue if still in uniform.

3. What words of wisdom would you give to a member to better help him/her be set up for success come transition? What would you say to lessen THEIR fears?

Petraeus: My words of wisdom are actually statements of the obvious, I’m afraid! The key, of course, is to think ahead – and also to recognize that the best opportunities will be those where it is clear the firm will invest in the education and development of the new veteran. In that regard, we veterans need to have a degree of humility about what might be needed for us to become value-add in pursuits that might be fairly technical and, at the least, very different in the expertise required from what we have done in uniform. That’s OK; it is reality. And, with time, the attributes, experiences and qualities we bring from our time in uniform will make themselves felt. But development, education, mentoring and assistance will be essential if we are to succeed in many civilian endeavors.

4. What jobs or assignments prepared you best for civilian life?

Petraeus: Various positions in the military prepare us in different ways for jobs in the civilian world. Some develop or reinforce leadership skills, others provide directly transferable technical capabilities. It is likely, however, that many in uniform will perform tasks in the military (e.g. tank crewmen, machine gunner, etc.) that are not directly transferable to jobs in civilian life – though many of the tasks performed required in those fields require the ability to master various skills – and that ability will help in civilian life, too. So the idea is to develop in a general sense – and to capitalize on those general skills, attributes and abilities when pursuing what likely will be considerably different jobs in civilian life. In my view, in fact, military service provides a wonderful foundation on which to build for the rest of one’s life.

5. What are your views on experience versus education? For some it is almost a badge of honor to not “need it.”

Petraeus: I think both education and experience are needed. One without the other seldom is sufficient, at least if one hopes to progress in a particular field.

6. How do internal military politics differ from civilian politics?

Petraeus: I don’t know that it is “politics” that are the dynamic; rather, it is all about relationships and understanding the responsibility one has to be forthright and capable of speaking truth to power in a way that is not “in your face” – i.e., that is constructive and respectful and positive in tone, rather than confrontational, disrespectful and negative.

7. What do you think about “the grass is greener” concept of civilian life to military work life? Do you think one is necessarily easier than the other?

Petraeus: The reality is that one has to truly commit fully to succeed in uniform and also to succeed in civilian pursuits. Life is a competitive endeavor, whether that life is in uniform or in the civilian world.

8. What words would you say to employers who are questioning why they should hire military members? Why SHOULD they hire them, and what should they do to retain them?

9. Any other words you want existing members to know to motivate them in their transition out?

Petraeus: There is no greater privilege than serving a cause larger than self in uniform – and doing it with others who feel the same way. Having said that, there are innumerable pursuits in the civilian world that are incredibly rewarding, stimulating and important to our country. Indeed, our nation’s economy is the foundation of our national power, and those in the civilian world obviously are the ones who construct that foundation! Veterans engaged in such efforts take great pride in thus having contributed to the security that makes our economic endeavors possible – and then contributing to the country’s economic growth, especially at a time when our economic growth has been so impressive and is poised for further expansion.

The reality is that military members are given advice day-in and day-out about what they should or should not do as they ready for their transition, but rarely do they receive the advice from someone who has succeeded so well on both the military and civilian side. Gen. Petraeus has seen members come and go throughout his career and has been involved at the highest level of America’s government. His tips and humble transparency are words that hopefully will instill both confidence and trajectory as they make their way forward. Gen. Petraeus’ legacy of mentorship will last a lifetime.

READ NEXT: Getting Started on Transition: What to Do While Still in Service