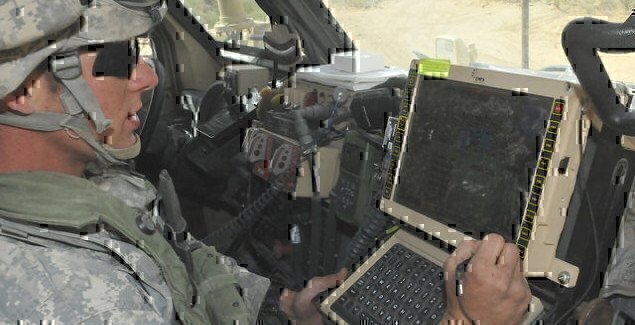 Every year, a quarter-million American service members leave the military and transition back into the civilian world, each with a varying level of technical ability. Service members in nontechnical fields and older veterans who served before the widespread adoption of computers, often find the civilian workforce difficult to navigate without computer skills. At G.I. Jobs, we created a military-to-civilian transition center to help you through the process.

A new pilot program by the Department of Veterans Affairs also aims to ease that difficulty and retrain veterans to become the next wave of IT professionals.

Accelerated Learning Programs (ALP), first announced in August, are aimed at veterans interested in gaining basic IT skills and enhancing existing skills with advanced knowledge and certifications. The seven courses offered for the initial iteration of the program range from entry-level IT skills to web development, cybersecurity, and training for specialized certification such as Network+ and CCNA.

*SPONSORED: Technology companies like Microsoft are looking to hire veterans!

The courses, which will be offered online and in locations across the country, are taught by private learning providers. The classes are accelerated, and completion times range between four weeks and four months.

Importantly for veterans, ALP courses are funded directly by the VA and will not count against GI Bill benefits. According to the VA, the program is available both for veterans and transitioning service members.

This Department of Veterans Affairs program for veterans, announced along with a network of Learning Hubs that will provide training to veterans in 27 cities, is part of the VA’s Veteran Economic Communities Initiative (VECI), which has a stated goal of “promot(ing) education and employment opportunities for veterans at the community level.”

In announcing the program, VA Secretary Bob McDonald stressed a desire for the program to exist as a bridge into a meaningful career, saying “President Obama challenged VA last August to help veterans and families at the local level, help them integrate with communities. He challenged us to help veterans find meaningful jobs that can lead to economic success. We accepted that challenge.”

The focus on finding IT employment for veterans is reflected in the provisions of the program itself. The VA promises job referral and support services to all veterans who complete the program, and several of the courses tout integrated employment opportunities, including interviews with corporate and government recruiters and hiring managers.

The Department of Veterans Affairs program for veterans was limited in scope and will provide a baseline to evaluate and modify future ALP courses. Presently, the pilot program is longer accepting applications. Although no dates or further information has been released about future programs or enrollment periods, if this initial program is a success, we will likely see more education opportunities like this from the VA.

G.I. Jobs also has one of the leading jobs for veterans job board that connects Military Friendly Employers with transitioning veterans. We have thousands of IT Jobs available right now.