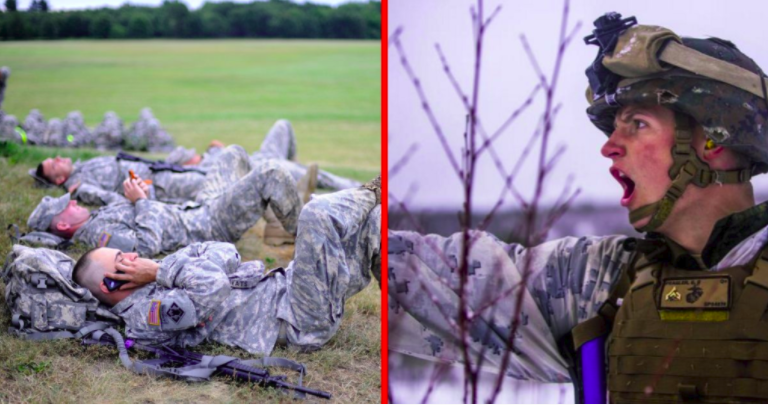 No matter what branch you serve in, there will always be a solid line between enlisted personnel and officers — they rarely understand each other.

Enlisted troops do some crazy sh*t, which causes officers to get in a bad mood — and vice versa.

Most officers want their troops to abide by all the rules and regulations while the members of the E-4 mafia just want to get through their day and go home.

Related: 5 reasons why military personnel give civilians a hard time

6. Taking orders from an officer we don’t trust

Yes, we understand we swore an oath to obey the orders of those appointed over us — but holy sh*t have we taken some lousy orders from officers.

It’s no secret that when a commanding officer wants to lead morning PT, morale lowers until the session is over. In a grunt platoon, we like to sh*t talk one another as motivation to gain that extra push-up or pull-up.

But, once the “brass” is on deck, the verbiage changes and the enlisted just want to finish up the mandatory run so they can go eat chow and play Call of Duty in their barracks.

4. When a boot officer wants to be included in every single detail

Newbie officers typically want to learn every aspect of their job — which is a good thing. But, something this means they want to be involved in every meeting and a double check everyone’swork.

Active duty enlisted troops don’t truly want to cheer for a cadet or a midshipman who they could have to potentially have to answer to one day.

You know at least one of them expects you to call the room… (U.S. Navy photo by Mass Communication Specialist 1st Class Chad Runge/Released)

2. Having their sh*t pre-staged for them

At times, enlisted troops become personnel assistants even though it’s not in their job description. When grunts head out to the field, some officers require their tents and other amenities be set up prior to their arrival — and guess who is called upon to set that sh*t up?

Taking bets on who built this gym in Afghanistan.

Also Read: 6 reasons why Marines hate on the Air Force

Typically, officers aren’t the ones cleaning the grounds or the office spaces. .

Just when enlisted personnel think it’s going to be an easy day — think again — because there’s always something that needs to be cleaned and a “party” of troops will need to do it. For some reason.