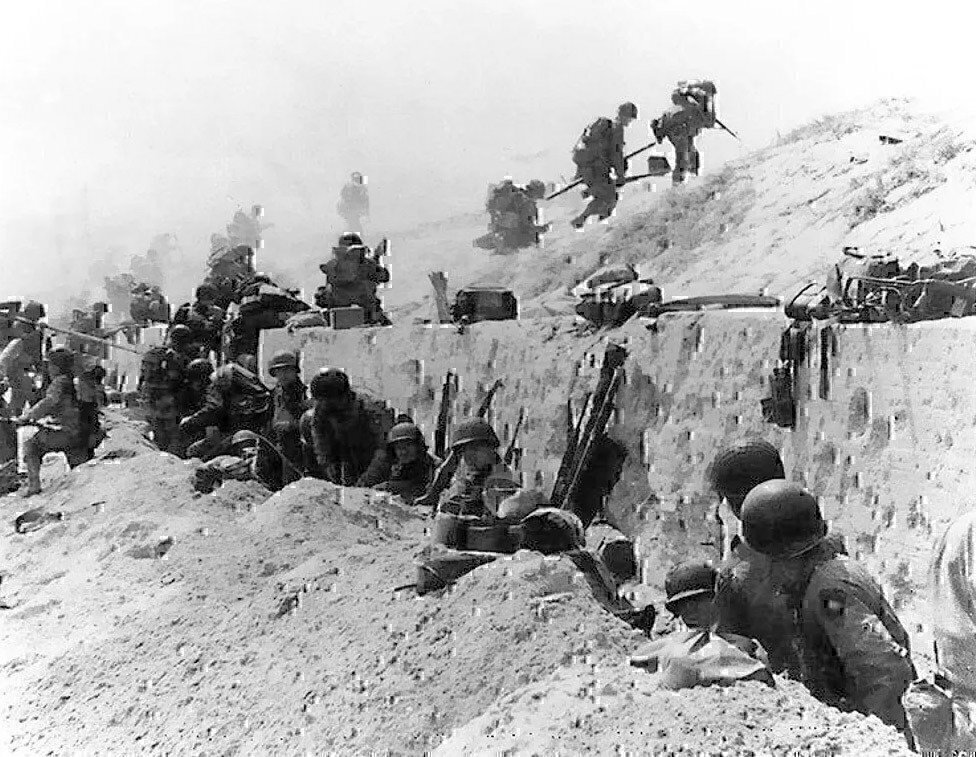 U.S. Soldiers of the 8th Infantry Regiment, 4th Infantry Division, move out over the seawall on Utah Beach after coming ashore. Other troops are resting behind the concrete wall. (Army Signal Corps photo)

Elsewhere, Robert Niland had landed outside of Ste. Mere-Eglise with the rest of the 505th as part of Mission Boston. After the 3rd Battalion was able to capture the town early in the morning, the 2nd Battalion linked up with it to establish a defensive perimeter.

When a strong German counter-attack came from the south, Robert Niland and the rest of D Company’s 3rd platoon were left to guard the northern approaches to the town in a small village called Neuville.

When two companies of Germans came at their position, they fought tenaciously to hold them off to buy time for their comrades to the south. When the position became untenable, Robert Niland, along with two other paratroopers, volunteered to stay behind and cover the platoon’s retreat toward Ste. Mere-Eglise.

While manning a machine gun in the face of the German onslaught, Robert Niland was killed in action. 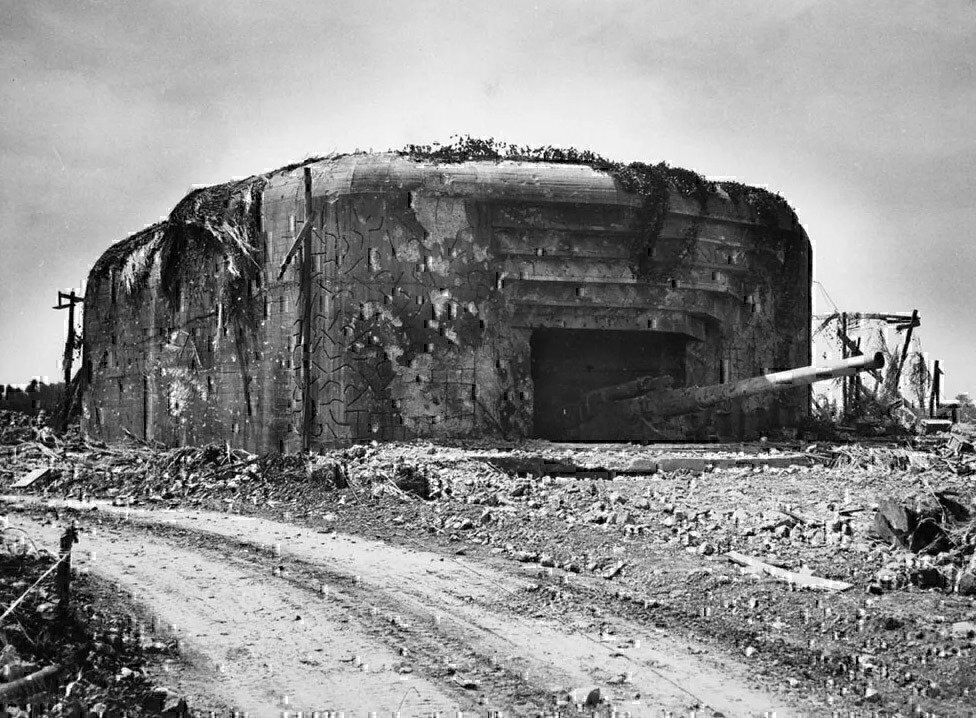 One on the 210mm gun of the German Crisbecq Battery in Normandy, not far away from Utah Beach. (U.S. Army photo)

That very same morning, Lt. Preston Niland led his men onto the shores of Utah beach as part of the seaborne invasion of Normandy. Though casualties were relatively light for the men of the 4th Infantry Division on Utah beach, the battles beyond would be much tougher.

Despite having made if off the beaches, the men of the 4th Infantry Division still had numerous gun batteries of Hitler’s Atlantic Wall to clear. The task of capturing the Crisbecq battery, which had already sunk the destroyer USS Corry, fell to Lt. Niland and his men.

On June 7, Niland led his men against the German position. During the heavy fighting Niland fell mortally wounded. The rest of his unit was repulsed. The battery would not fall until several days later to units of the 9th Infantry Division.

The Niland brothers’ parents received all three notifications in a very short amount of time. Their only condolence was a letter from Fritz informing them that “Dad’s Spanish-American War stories are going to have to take a backseat when I get home.”

Fritz was unaware of the fate of his brothers.

Also read: 10 brothers who received the Medal of Honor

When the War Department received word of the tragedy orders were dispatched to return Fritz Niland to the United States. That task fell to the regimental Chaplin, Father Francis Sampson. Sampson located Fritz, who had been searching for his brother in the 82nd and began to paperwork to send him home.

Returning to the United States in 1944, Fritz served for the remainder of the war as an MP in New York. 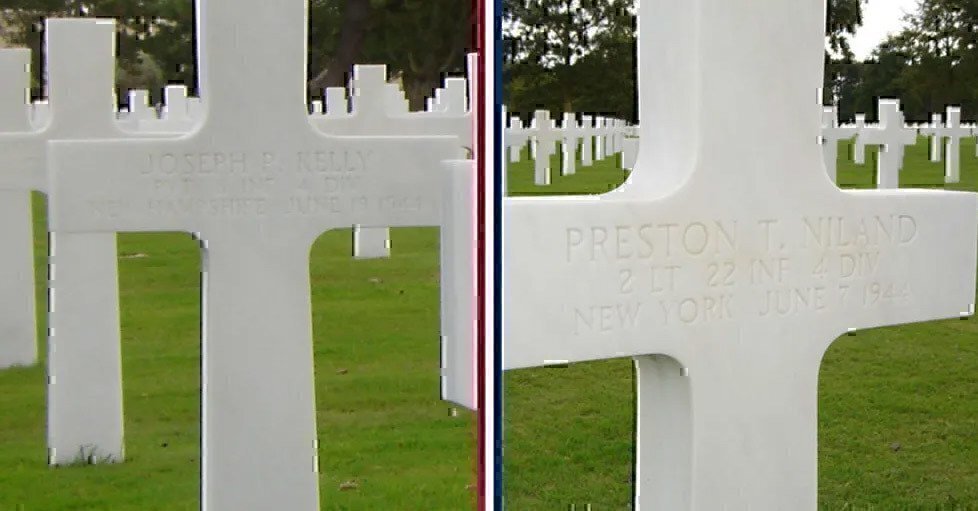 The Preston and Robert Niland rest side by side in Normand American Cemetery. (Photos via Wikipedia user Nilington)

Then, in May 1945, the Nilands received some rather unexpected news. Edward was found alive in a Burmese POW camp when it was liberated by British forces.

He had survived bailing out of his plane, several days in the jungle, and nearly a year as a prisoner of the Japanese. During his captivity he had lost significant weight and returned to New York at a meager 80 pounds.

The other two Niland brothers, Preston and Robert, are buried side-by-side in the American cemetery at Colleville-sur-Mer.