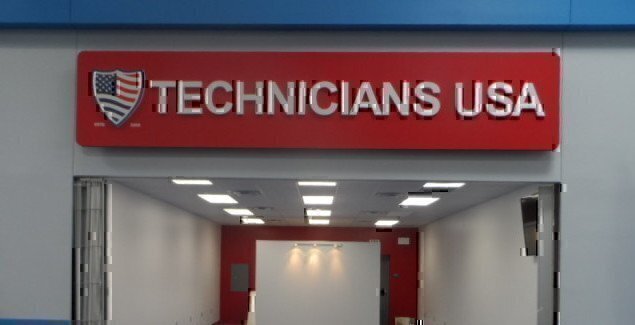 With the military drawdown pushing thousands of service members into the civilian workforce, Technicians USA’s founder David Gallemore is counting on tech-savvy veterans to fuel the company’s aggressive expansion plans.

Gallemore, who served as a signal support system specialist in the Army during Desert Storm/Desert Shield, started Technicians USA in 2004 as a repair, warranty and installation service provider for major manufacturers such as Dell, IBM, Apple, Hewlett-Packard, Frigidaire and Maytag, as well as small businesses and some government contracts. The Atlanta-based company originally was called Jverex Services but changed its name to Technicians USA in 2014 as it further ramped up its efforts to hire veterans.

Technicians USA opened five retail locations this spring and summer in Walmart locations in the Dallas-Fort Worth area. In each Walmart, the company will have an independent front-of-the-store service center to repair, maintain and install smartphones and tablets, computers, electronics and appliances.

Gallemore says his goal is to excel at the initial five locations so they can open Technicians USA storefront’s in more Walmart locations. Since Technicians USA will have technicians skilled in servicing eight categories of products, from smartphones to HVAC systems, in each Walmart, Gallemore plans to hire 20 employees per store, including supervisors and non-technology related positions.

Technicians USA is recruiting veterans from more than 100 MOSs ranging from combat engineer (12B) and small arms/artillery repairer (91D) to Abrams tank system maintainer (91A) and public affairs specialist (46Q).

Gallemore says veterans whose military background and experience are in technology-related fields will be able to transition seamlessly to Technicians USA, while other former service members may bring knowledge about computers or electronics that they gained outside the military. (Read: How to Translate Your Extra Duties to the Civilian World)

“There are MOSs that will require little or no training,” he says. “People with those MOSs will have the experience and training that we need. There are other MOSs that will need training but not a lot. They can look at a video and get it. Some guys may have an MOS that is totally different than what we are looking for but they know how to repair computers or they know how to repair phones. It is totally open.”

In addition to having the technical skills needed to succeed as repair technicians, Gallemore says veterans also bring discipline, a strong work ethic and an understanding of the importance of a proper uniform and appearance.

Gallemore says military spouses also can find work with Technicians USA at Walmart locations or as help desk customer service agents, virtual positions that can be portable jobs for anyone with a home computer and a headset.

Technicians USA is marketing its military ties via its tag line – “Veterans on a new mission to provide technical support & repair services” – and website at www.techniciansusa.com.

“We are trying to make an impact and give veterans an opportunity to be a part of Technicians USA at the very beginning,” Chief Marketing Officer John Fleming says. “We are attempting to build our company and make sure the foundation is built in a very strong way with our military veterans.”

Technicians USA spokesperson and Vice President of Marketing T. Denise Manning, an Army veteran who served in Iraq, says veterans should experience a smooth transition into the company’s veteran-friendly workforce.

“Technicians USA is telling veterans, ‘We need you. We have something for you. Come check us out and see what we have to offer,” Manning says. “Working at Technicians USA is not only something to look forward to but it is an easy transition because we have things in place. We have a creed. We’re designed the same as working with your platoon or your squadron. It will be absolutely familiar.”