Staying Motivated in College After the Military 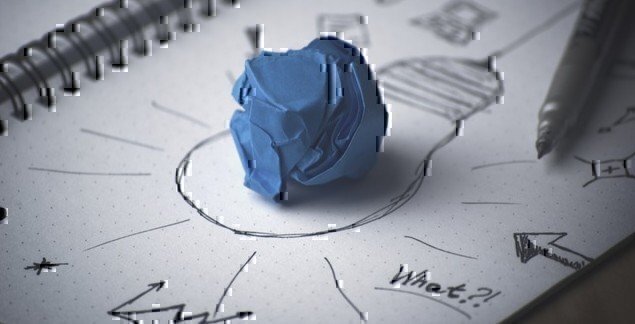 It goes without saying that attending college is different than the military life, and staying motivated in college after the military can be a struggle.

In many ways college is easier. For instance, American colleges don’t generally feature 60-ton armored vehicles rolling around campus, and to my knowledge none of them float around the world for nine months at a time.

The bad news is that while college professors don’t generally express themselves in as forceful a manner as military superiors, they can actually be just as demanding on your performance. In fact, I’ve noticed a distinct similarity between the facial expressions of an English professor looking over a single-spaced essay typed out in comic sans and a boot camp chief petty officer being called “sir.” While the teacher just scribbles an “F” on the paper and the chief utilizes more military-centric corrective techniques which only start with an “F,” the result is the same—your life just got a whole lot worse.

None of this is to say that you’ll have a hard time adjusting. We veterans are motivated and adaptable and willing to do what it takes to get the job done, but sometimes we can get used to receiving and executing specific, timely and exacting orders, with an emphatic reminder when the results don’t live up to expectation.

In college, even though non-attendance often has a direct bearing on your grade, skipping class isn’t going to be noticed in the same way as a no-show for watch. Professors won’t be calling your house (or coming to your house, angrily knocking on the door of your house, kicking in the door of your house, or metaphorically burning down your house) to make sure you’re where you should be. Their job is to give you the information and grade what you spit back at them. Anything beyond that is gravy.

So, it’s sink or swim in the academic world. You’re on your own with staying motivated in college. So, what can we do about it?

I think the best piece of advice is to plan ahead and be honest about the areas where you struggle and plan ahead to mitigate the damage. For me, I knew that if I blew off some classes or some assignments, I’d get used to slacking off and my academic career would quickly start spinning down the toilet. So I decided that it wasn’t acceptable to miss anything. I aimed to show up for every class and get every single point available to me. I live by the motto of “if you ain’t first, you’re last” (the so-called “Ricky Bobby Doctrine”), and it worked. I didn’t fail!

Maybe that’s not you, though. Maybe your issue is understanding the sometimes willy-nilly outlook of the civilian world. Luckily, it’s a staple of higher education to pass out a syllabus, usually with a course outline, on the first day of class.

When I thought I might forget about deadlines, I started to go through every single syllabus on day one, and pulled out all the important dates and put them into a calendar that I looked at every single day. It made it almost impossible to miss deadlines. It also had the added advantage of making me feel like I was getting qualed on a position, which felt amazing. My professors thought it was odd that I demanded a date and initials on every syllabus item, but they got used to it.

There are any number of other veteran-specific problems that might come up, but it’s usually just a matter of re-framing the issue in a way that fits your experience and preference. Sometimes keeping a regimented daily routine can offset an odd course schedule. PT between classes can help keep the blood pumping if you’re not used to sitting all day. If the leadership you’re getting from a professor isn’t what you need, see if you can find a friend or former supervisor who is willing to yell at you. I bet you know someone who’d be willing to take one for the team. Heck, I’ll call you up and yell at you because the bond of fraternity between veterans is strong. Also, I just re-watched Full Metal Jacket and I’ve always wanted to use some of those lines in a real conversation.

College is really nothing like military life. It’s actually kind of the opposite of that, other than being frequently stuck in close quarters with a bunch of angsty post-pubescents who are slowly realizing that they may have made a huge mistake. The important thing is to use those positive traits you gained in the military to your advantage, and try to mitigate any unhelpful habits you picked up along the way. Discipline, hard work and flexibility are the hallmark of a veteran, and by harnessing those traits, I’m confident that you can overcome any challenge the academic world can throw at you.

Now, if you’ll excuse me, I’ll be practicing my Gunnery Sgt. Hartman impression in preparation of your call.