My Military To College Transition: It Walloped Me Right in the Gut! 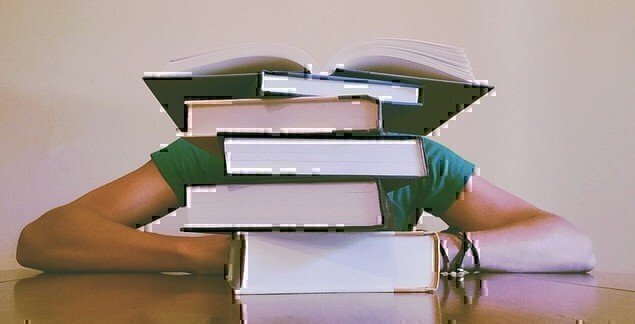 I was screamed off a bus onto Marine Corps Recruit Training Depot in Parris Island, South Carolina. Sometime between 2 and 4 am in February 2008, fatigue mixed with adrenaline to blur everything around me, save for the guttural scream of my first drill instructor.

“Get out!” The voice was like a fist, and it walloped me right in the gut. WHUMPH. I realized my lazy stumble through high school in southern New Hampshire had ended, and it was going to be erased, painfully. I’ve known this feeling twice since: when I walked off a military cargo jet in Kandahar, Afghanistan, in late 2010 and when I arrived at Amherst College, a small liberal arts school in western Massachusetts, in January 2013.

Stowing away the fatigues for Amherst, I learned about pea coats, boat shoes, and micro-aggressions. I was able to anticipate some of the culture shock I was to experience my first semester. For instance, I knew Fox News wouldn’t be playing in an Amherst College lobby, as it always was at Marine Corps Base, Camp Pendleton.

Anticipating the social aspect of my military to college transition, I would learn, wouldn’t be so simple. I spent much of my first semester ensconced in my one-bedroom apartment far from campus, avoiding the awkwardness I, as an older and, well, awkward student, felt being in the small college town of Amherst. Much of these difficulties were ironed out with patience and time, getting acquainted with my new setting, but my first academic assignment was my first test that would let me see how well I fit in here.

No one else could have known what I was experiencing there in my apartment. It was the academic equivalent of stepping off that bus at Parris Island for me, and the act of formulating just a short essay was harrowing.

It was for a lower-level political science class on Leviathan, a work by seventeenth century political-philosopher Thomas Hobbes. Even though I had gone through the rigors of Parris Island and then served in Afghanistan, I was weighed down by self-doubt. “I nearly failed high school,” I thought to myself, “and here I am getting college paid for under the G.I. Bill, at a liberal arts college.”

I felt up against a wall. On one side was me, a 24-year-old Marine Corps combat veteran, wracked with the nervous sweats in an undergraduate class, feeling pathetic and then feeling more pathetic about feeling pathetic. On the other side was a paradise in which I walked hand-in-hand with Hobbes, with the fantastical vision that motivated my application, of the warrior-poet, come true.

I couldn’t scale this academic wall. In my apartment I scratched my head for hours, pivoting between notes and text and then back again. In hindsight, sure, what weighed on me for this first assignment was only a case of writer’s block, dramatized and enhanced by the initial jitters that accompany many transitions from the military to higher education. For five years in the Marines, I got so used to getting military assignments and then executing them with finesse and speed. I just couldn’t do that with this seemingly simple political science paper.

But…the short paper came and went, as they do. I did surprisingly very well. Besides learning about political theory, I learned I’m just another student who, for better or worse, tends to take simple assignments seriously enough for it to border on the unhealthy—just like every other student here.

Joe graduated from Amherst in May 2016 with a Political Science and English double major. After graduating, he will be teaching high school math in Mississippi with Teach for America. Joe is a Service to School Ambassador.