The Science Behind MREs 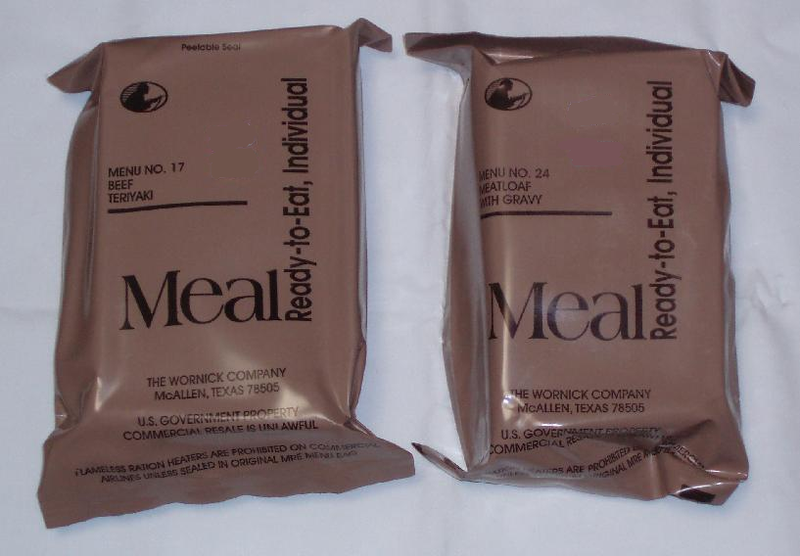 There is an ebb and flow with a troop’s love, hate, and pure apathy toward eating Meals, Ready to Eat.

Either you score the new Chicken Burrito Bowl or you get stuck with a veggie option so foul no amount of salt can help cover the taste. It usually goes from the “Oh cool! MREs!” feeling, to then despising the concept of eating from the same 24 brown bags for months, and finally gets beaten into a state of pure Stockholm Syndrome where you get used to and enjoy them again because it’s technically food.

Whatever your personal experience will be, the minds at Ameriqual, Sopakco, and Wornick have all crafted a very specific meal under very specific guidelines.

Whichever meal you are tossed usually contains an entree, side, cracker or bread, spread, dessert, a beverage, Flameless Ration Heater, and accessories. Every MRE also needs to have a constant 1,250-calorie count, have 13 percent protein, 36 percent fat, and 51 percent carbohydrates, and make up one third of the Military Recommended Daily Allowance of vitamins and minerals.

Finally, each box of MREs must have a shelf life of at least 18 months in above 80°F conditions, three years below. This has been the constant ever since it’s inception in 1975 and standard issue in 1986.

Dr. Rahman receiving the Meritorious Civilian Service Award for developing the MRE. And yes. His last name does sound like the instant noodles. There. That is now a thing you will remember.

One of the more impressive creations in the MRE is the Flameless Ration Heater. Water activated, the pouch quickly reaches heats that can warm up an eight ounce ration within minutes. Simply put the food pouch inside the bag, lean it against a rock or something, and you’re ready to eat.

Heating or cooking your food raises the caloric value of the food you’re eating, giving you more energy.

Whatever you do, do not take two of the heaters, empty a tiny Tabasco sauce into a bottle of water, add the heaters and water to about the half way point, seal it, shake it, then toss it somewhere.

It’s a d*ck move and your squad will call you out for your douchebaggery. This is because the heat and fumes decompress within the bottle to the point of exploding.

There is also the First Strike Ration, a compact, eat-on-the-move ration that is designed to be half the size and a third of the weight while giving troops the nutritional intake of an entire days worth of food.

The Combat Feeding Directorate developed this after they noticed troops would “field strip” their MREs of unwanted and burdensome extra items, like boxes, accessory packs, heaters, and bags. The total calorie count of an FSR comes to 2,900 calories.

The actual menu changes year to year. 2017 changes are no different.

Thankfully, they’re removing “Rib shaped BBQ Pork Patty,” that fried rice thing, chicken pesto pasta, ‘Hooah!’ bars, and the wheat snack bread (which only the power of the Jalapeno Cheese Spread could make edible). The replacements actually sound delicious (like the previously mentioned Chicken Burrito Bowl) and are even more thought out.

(Comic by Maximilian at Terminal Lance)

I can see the successor of the most coveted MRE item: caffeinated teriyaki beef sticks. Julie Smith, senior food technologist at Combat Feeding Directorate of the Natick Soldier, Research, Development and Engineering Center said of the alternative to beef jerky “Typically, when we do evaluations, we get feedback from the war fighter that they want to have more beef jerky varieties. It’s such a high sodium item, however, that we have to be careful in how to include it in the menu.”

There is also the new version of the pound cake. It’s now fortified with Omega-3 fatty acids which research shows is great for muscle recovery and resiliency — all without affecting the taste of one of the better desserts in the MRE.

Far off into the future, Jeremy Whitsitt, the Deputy Director at Combat Feeding, says that one day there will be the ability to monitor an individual’s nutritional needs and -essentially- “print out a bar or a paste specifically designed for that soldier to return them to nutritional status.” He continues: “We’re laying the groundwork now through research and development to get us to that point.”

In the meantime, we can still hold out for the Pizza MRE. No timeline on its release, but it’ll be after they can work out the bread going brown after six months in 100°F.