Here’s How to Rank Your Challenge Coins 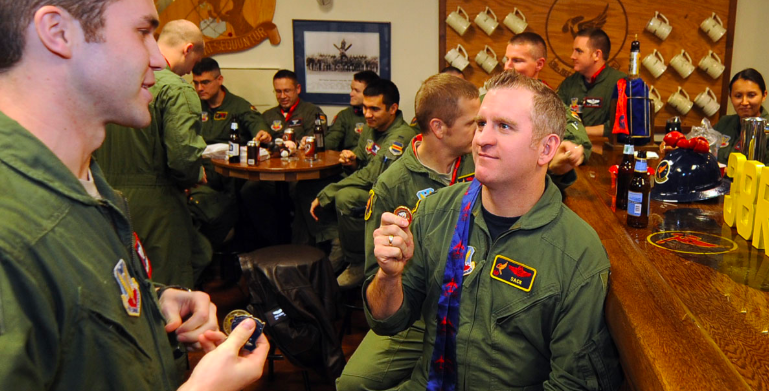 Challenge coins have a special place in the hearts of many. Enlisted troops keep them as souvenirs to commemorate a specific moment while officers display them at every opportunity to build clout. It’s like a hardened war-fighter’s version of collecting trading cards.

But not all challenge coins are created equally. This is especially important when it comes to the military’s drinking game. If two troops or vets are in a bar and someone calls, “coin check,” whoever doesn’t have one must buy the drinks. If you want to take it to the next level (or if everyone pulls a coin), have the person with the worst coin buy while the troop with the best coin chooses what the group is drinking.

There isn’t a clearly defined ranking system, but here’s the generally accepted hierarchy if you want to call someone out.

At the very bottom are the “at-least-I-have-it” coins. There’s no challenge involved in getting these coins. There’s nothing unique about them and they cost a couple of bucks at the Exchange.

They often have just an installation marking, regimental crest, or a generic rank on them. But, hey, they’re better than nothing.

Think of these are having a pair of twos in a game of poker.

An obvious but effective marketing gimmick popular among companies who’ve done their homework is to make a branded military challenge coin. Companies will often give these to troops and vets on a whim and it’s more about spreading brand recognition than displaying individual achievement.

Nonetheless, they’re usually pretty nice and we rank them slightly higher than a store-bought coin because you have to be at the right place at the right time to get one.

It only counts if it was given on a military installation, at any military event, or from a military-related company.

This is the category under which most coins fall. Each unit commander can commission their own coin to be made with the unit insignia alongside the names of the senior enlisted and hand them to deserving troops.

Determining where each coin falls within this level is easy. Battalion coins beat company coins. Brigade coins beat battalion. Divisional coins beat brigade. Branch coins may beat divisional coins if and only ifthey weren’t just bought at a store and were actually given at the Pentagon level.

Some commanders put plenty of thought into their coins. See the exceptions below.

Each general officer has a coin made specifically for them. Fun side note: Officers who have coins made almost always pay out-of-pocket to have something to give to troops. Since generals have a nicer paycheck than captains, their coins are nicer and more prestigious.

To get a general officer coin, you have to do something outstanding enough to warrant a nice coin. This could be in addition to an official military decoration or officers may just feel like handing them out like candy. It depends on the general officer.

Some are generic, some are spectacular — hence why they’re in the middle of the list.

Many military schools also hand a nice challenge coin to each graduate along with their diploma. The troop worked hard to get through it and the diploma will oftentimes end up forgotten in an “I-love-me” book.

School coins rank as high as they do because it takes far more effort to get one than just giving a proper salute to a general.

And a coin from that school’s commandant is higher than just attending that school.

Not all, but many Medal of Honor recipients also have challenge coins that they can give to troops and vets.

Just shaking hands with one of America’s greatest is impressive enough. Getting a coin from one of them means that you will always choose the drink during a coin check.

Impressing the most impressive men in military history at least gets you a beer.

There are also two exceptions to this ranking system that should also be taken into account should there ever be a tie or an appeal. A really cool unit coin can still beat a school coin if everyone in the group can agree that it meets these two criteria – which are also ranked.

If the coin is well-crafted and you can tell that the designer put plenty of heart into making such an outstanding coin, that person gets the boost.

I’m personally a sucker for bottle opener coins, so if I had to pick… you know where my vote is going.(Photo by Staff Sgt. Mike Meares)

Every coin should have a story to tell. If your story is something lame like, “I met this person and they gave me a coin,” you don’t lose points but it certainly doesn’t earn you any.

If the coin has some major significance, then you’re clearly the winner.

Being a soldier in the 101st and receiving a coin from the commanding general is great. Being a Marine and receiving one from him is far more impressive.(Photo by Spc. Rashene Mincy)

READ NEXT: 7 THINGS YOU THOUGHT ABOUT ON WATCH IN A FIGHTING HOLE

Article Name
Here's How to Rank Your Challenge Coins
Description
Challenge coins are an awesome military tradition. But some challenge coins mean more than others. There are many factors, but here's how you can rank your challenge coins.
Author
Eric Milzarski
Publisher Name
We Are The Mighty