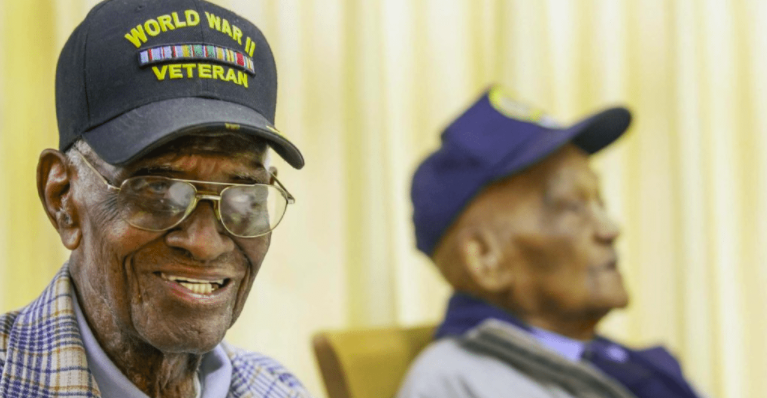 We love our old-school veterans that don’t have a problem speaking their minds. They fought Nazis without the internet — they’re miraculous heroes, every damn one of them.

With that in mind, their generation has some pretty entertaining sayings that we should all know about:

1. “There is no such thing as an atheist in a foxhole.”

If you’re deployed and occupying a foxhole — or fighting hole — chances are you’re freakin’ close to the enemy and sh*t could “pop-off” at any time.

When that intense firefight does break out, it’s common for troops to believe in a higher power suddenly.

U.S. troops positioned in a foxhole in a forest in Germany, 1945. (Source: Pinterest)

2. “Pain is weakness leaving the body.”

This Marine expression is commonly used during a hardcore PT session when it looks like someone is about to fall out — it also happens to be one of the Corps’ many slogans.

Regardless, this epic phrase continues to be a source of motivation far after someone receives their DD-214.

Orders are orders — regardless of how much we don’t believe in them or want to fulfill them.

During regular working hours — or when you’re still in uniform — senior troops don’t like to see their juniors just standing around not doing sh*t.

So, if you’re caught just hanging around, chances are you’re going to be cleaning something very soon.

When you get caught leaning so hard, you have to wear a hard hat to clean up. (Source: DoD)

A term for when someone in uniform looks freaking unsatisfactory. No real clue of how this saying came about, but we’re glad it did.

At least attempt to get it right.

Many service members who had power didn’t seem to mind letting their junior troops know how they felt about them or their complaints. Completing the mission was most important aspect of any task.

Also Read: These veterans may be the future of cannabis-based pharmaceuticals

It’s common when the higher-ups want to modify or replace a piece of equipment regardless of how successful the prior model functioned.

Old school vets tend not to like too much change in their lives when they have something that works for them.