What You Need to Know About Owning a Franchise 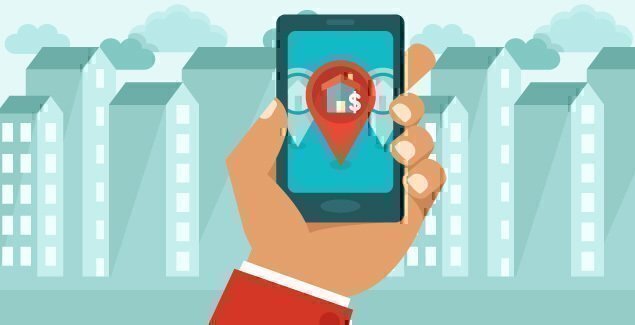 There are many great things about becoming a franchise owner. You get to be your own boss. Your business is low-risk and has a proven method of success. But it’s not all roses and daisies. That’s why transitioning military veterans are ideal candidates to be franchisees. But before you rush out and invest, you must realize what owning a franchise entails.

Owning A Franchise Is Hard Work

Six-day work weeks are the norm for Air Force veteran Adrian Cardona, who owns four Rapid Realty franchises in New York City that specialize in apartment rentals. “No one is going to scream at you or make you run drills if you don’t do your job – you just won’t get a paycheck, so you have to keep yourself disciplined,” the 34-year-old former senior airman explains.

You need to Have Some Seed Money

A healthy bank account is another prerequisite since franchise owners need the financial capital not only to pay the initial franchise fee and startup costs but also to sustain the business while it grows. Assuming your credit is good, bankrolling your dream may be less difficult than you might expect.

The more than 500 franchise systems in the International Franchise Association (IFA) VetfFan network voluntarily offer financial incentives to veterans seeking to become small business owners. Marine Corps veteran Kevin Blanchard, the coordinator of IFA’s VetFran program, says, “In many cases, you don’t have to have training in any particular field to run the business.”

He says discounts can range from a 10-percent reduction in a franchise fee to a full fee waiver. In addition, VetFran works with the Small Business Administration to qualify veterans for the Patriot Express loan program that links former military with approved lenders or directs them to other low-interest loan programs for veterans.

Fresh Coat Painters, one of the country’s top residential painting companies, for example, offers veterans a franchise fee discount and financing assistance. According to the IFA, this home-based business requires a total investment of $54,000 to $77,000, but veterans can get their foot in the door at the lower half of that range.

“For a price of a Lexus, you can get in business, usually in about six weeks,” says Bernie Brozek, president of Fresh Coat Painters. “If you are in one of the three states that require you to be licensed – California, Arizona and Florida – it may take you a little longer.”

You Need to Do Your Homework Before You Buy A Franchise

Once you’re sold on the idea that franchising is for you, the next step is discovering your niche in the industry, namely the type of business you would be passionate about running.

“I truly believe if you get up in the morning, you have to do something you love to do or really want to do,” says James Hop, assistant professor and chairman of Franchising Management at Northwood University. “If you do that, you’ll have a better chance of being successful and you are going to be happier. If you look at opportunities strictly from a financial standpoint and don’t have a passion for it, I think you are missing the boat.”

The Franchise Disclosure Document, which follows a standard 23-item format, provides many of the nitty-gritty details of a franchisor’s relationship with a potential franchisee, from restrictions on the suppliers a franchisee may use to information on what current franchises are earning.

Since initial fees and start-up costs can range from less than $10,000 for a virtual home-based business such as CruiseOne to millions of dollars for a name-brand hotel, doing due diligence requires more than simply reviewing Franchise Disclosure Documents.

“Speak to everyone you can in each company, review the Franchise Disclosure Document,” he says. “You can compare them item-by-item. Look at the pros and cons by brands, by industry. You want to call existing franchises. You want to call franchises that left the network. Choose companies that have been in business a long period of time, that have a low failure rate and are financially stable.”

Benjamin Litalien, who teaches a Franchise Venture Planning course for wounded warriors, their caregivers and surviving spouses at Georgetown University in Washington, D.C., offers advice on evaluating a potential franchise’s investment value. Litalien says veterans should calculate return-on-investment solely on the initial term of the franchise agreement, which often is for five to 10 years, since the cost of renewal may be steep.

“The franchisor typically requires the franchisee to bring the system up to the current standard,” Litalien explains. “You might have to replace your signs, furniture, equipment. You may in essence almost have to start over at renewal.”

While a military background is a “very good foundation for being in a franchise system,” Litalien says, that “doesn’t mean every franchise is well-suited to somebody coming out of the military.”

“Think about not what you are being sold, but the underlying long-term value in this relationship,” he says. “What are my upfront costs, what is my initial investment, but more importantly what are the ongoing commitments on both sides of the equation?”

Consider these 7 steps to own a franchise when you’re making your decision.