Life in the military is fantastic, but being a lifer isn’t for everyone. One of the greatest pieces of legislative success for the veteran community was the creation of the GI Bill. It opened the door for countless veterans to finally spread their wings and get a leg up in the civilian marketplace, rewarding their service with a launchpad.

Because of the GI Bill, many civilians who went straight to college from high school have their first interactions with a veteran. And it’s a good thing. You’re both in school, so there’s some common ground — thus helping bridge the ever-growing civilian-military divide. However, not all civilians approach veterans with the best opening lines.

The following are questions and comments that make veterans grit their teeth almost immediately.

1. “You’re a vet. What’s your opinion on the war/politics/the latest hot-button issue?”

In a smaller, more intimate setting, it’s fine to ask us about our opinions on things. Hell, we’re kind of known for making 30-minute-long rant videos from the front seats of our trucks.

But putting us on the spot in the middle of a classroom discussion is not cool. If the conversation is clearly leaning to one side, you’re setting the veteran up to be the enemy for standing up for anything military related. Ask this question and you’re either going to get an extremely heated debate or a completely zoned-out vet. 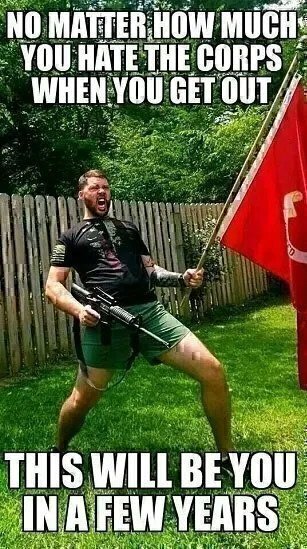 These dumb-ass discussions are made even better when no one but the veteran understands that they’re f*cking with everyone just to watch their reactions.

2. “Why are you going for X degree and not something in security?”

The great thing about the GI Bill is that it can be applied for any college degree course. If the veteran wants to get out and follow their childhood dream of becoming a veterinarian, an artist, or whatever — more power to them. They earned that right by serving their country.

Bringing up the fact that they’re going to be making far less money by doing what they love as opposed to doing what they did in the military all over again isn’t going to make that realization any easier. 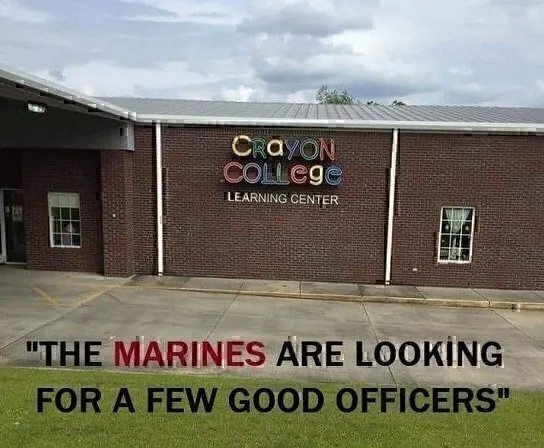 Not everyone can get their dream job — but vets with the GI Bill are given a chance, and you’re damn right they’re going to try.

Ranger Up hit this one on the head perfectly. No veteran wants to talk about that kind of thing with some random stranger they just met. Either they didn’t and harbor some guilt over the fact that they didn’t share the same burden as many of their brothers, they’re dealing with very real, resulting stress in a highly personal manner, or they’re going to overload the curious civilian with the grim details they actually don’t want.

After months of friendship, a veteran might be willing to open up about what happened out there — probably over a beer or seven — but never when it’s said in a half-joking manner. 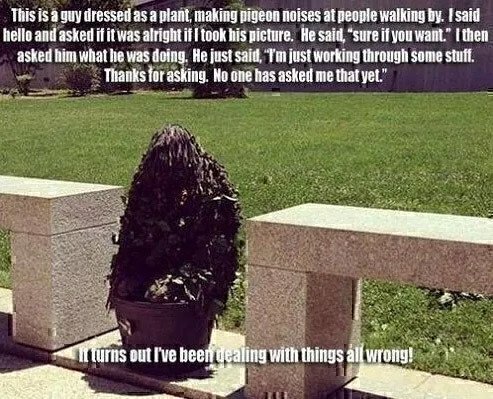 The sad truth is that most veterans will keep their demons to themselves. Some random d*ckhead isn’t going to sudden change that.

Offensive? Overly polite? Loud? Reserved? Drunk? This one is a catchall for the wide spectrum of awkward questions that lump veterans into a single box.

Veterans come from literally all walks of life, from every place in the United States (and abroad), and are made up of the same folks that make up the rest of the population. Pretty much the only unifying thread that can be accurately applied to every single veteran is that we’re comfortable in bad situations. 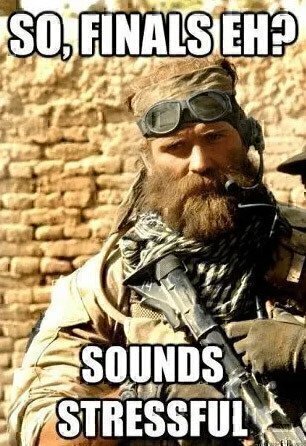 College life may be stressful, but have you ever had someone in your company lose a pair of NVGs in a porta-john? I thought so.