Post-Traumatic Stress is called an invisible wound for a reason. Vets who live with the pain of what happened back in the day won’t easily show it and walk around wearing a happy mask around people they don’t know.

Just because that veteran made it back alright doesn’t mean that their buddy did, too. Even if that veteran wasn’t anywhere near the front line, saying something so ignorant trivializes the experiences of troops who didn’t have the same luxury. 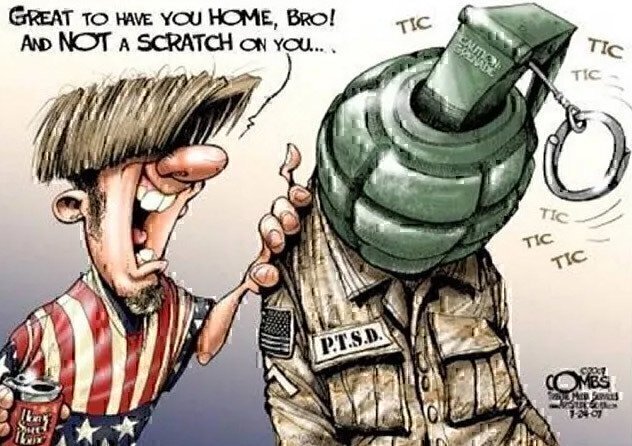 6. “You’re not one of those crazy vets who’ll snap at any moment, right?”

Here’s a piece of news for you: If you compare the veteran population average to the civilian average in terms of homicides and other violent crimes, veterans are actually less likely to commit such acts.

In fact, veterans with combat experience who have been diagnosed with post-traumatic stress are, once again, far less likely to commit violent crime than the average civilian. So, no, I’m not going to snap — are you? 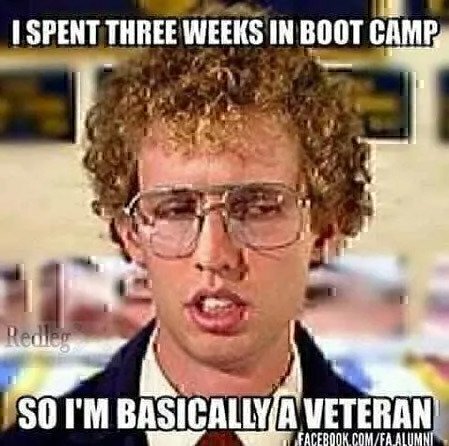 Also, if you really want to get specific, a large percentage of the prolific killers who were in the service were kicked out before even serving a single enlistment. So…

7. “I would have joined, but I came here instead”

The veteran you’re talking to signed up and now they’re in the exact same boat as you! Except instead of having student-loan debt, they’ve got a few more years of life experience on you.

The reason this statement bothers veterans is that there’s an underlying assumption here that veterans are uneducated or that they wouldn’t have been able to get into college without Uncle Sam’s help. Oh boy, is that wrong. Fun fact: The ASVAB, the test required by all troops to qualify them into military service, is actually much more difficult than the college SAT or ACT.

The absolute lowest ASVAB score that will allow you to enlist is 31, which means you must be in the 69th percentile of scores among the general population. When SATs were graded out of 1600, the 69th percentile was roughly a 950 — which gets you into about 2/3rds of all universities and colleges around the country. 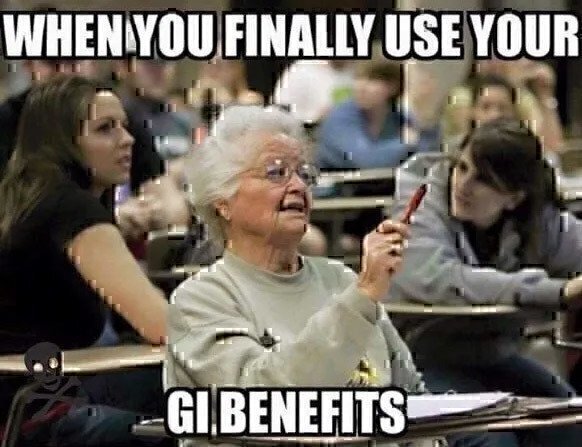 We may have taken a detour, but we’ll get there.

Just like the “lumping all veterans in one box” comment, this one implies that there’s this singular build for all troops. Well, there are skinny troops, there are fat troops, and there are muscular troops. There are troops of every race, religion, and creed. It’s the uniform and hair-cut standards that make us all alike.

But as bad is this one is for most troops, it’s almost always flung at our sisters-in-arms. Even though women make up 17 percent of the U.S. Armed Forces, male civilians tend to act shocked when they learn that a female served. It’s belittling. 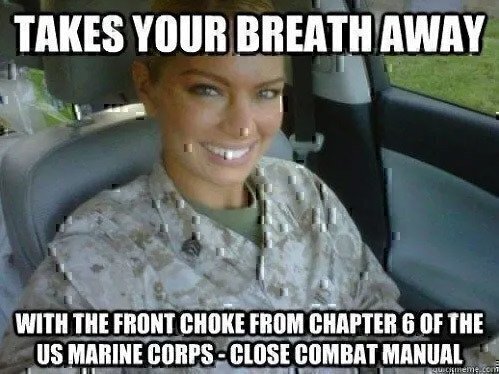 Just keep in mind that if you mess with one of our sisters, she was trained to shoot at targets at a max effective range of 300 meters.

Wrong. And f*ck you. That’s not how it works. Luck had nothing to do with all the hard work it took to serve in the military the minimum of three years required to get 100% access to the GI Bill. Luck, in my opinion, is being born into a family where mommy and daddy can pay for everything — but that’s none of my business.

If you want to be technical, a lot of veterans still take out student loans to help make ends meet. The GI Bill pays for a lot, but it doesn’t pay for everything. 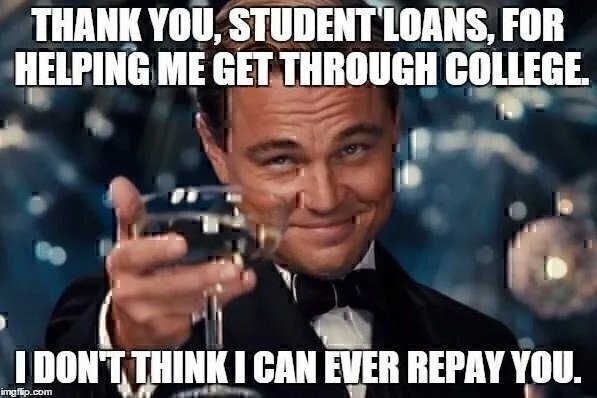 The Marine Corps Tested a Skateboard Unit in the 1990s