The Holiday Habits of Civilian Companies 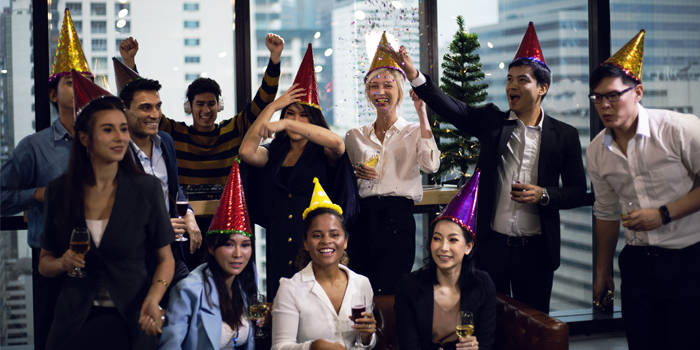 In general, most civilian companies in the U.S. recognize six major holidays: New Year’s Day, Memorial Day, Independence Day, Labor Day, Thanksgiving and Christmas day. Since state and federal agencies, as well as public schools, are closed, these holidays are typically taken by everyone.

With the exception of businesses in the hospitality industry such as restaurants and convenience stores, and health care and law enforcement, almost all other companies shut down during these days. Many companies also offer floating holidays to their employees that can be used in addition to regular paid vacation days with no penalties. The only difference between a floating holiday and a paid vacation day is that companies can, if they so choose, revoke a floating holiday.  Regular vacation days are accrued and earned by the employee and cannot be revoked or denied, but they can be rescheduled depending on the needs of the business.

Civilian employees tend to pay particular attention to their company’s holiday schedule. This is because civilian companies must remain open for business even during the holiday season. Unlike the military, civilian companies only grant vacation to the entire company on one of its approved company holidays. Military commanders can grant a 72-hour pass to the entire unit; however, no such passes exist in the civilian world. Civilian employees who want to work a three- or four-day weekend in conjunction with a holiday must be one of the first employees to get it scheduled. Managers typically grant vacation to employees based on seniority.

For a military member who is used to being able to spend an extended holiday with their family every year, this may be difficult to adjust to. As the low man on the totem pole, gaining seniority can take time. Civilian companies may go to a skeleton crew during the holidays but still remain open for business. Some employees may collaborate during the holidays, swapping one holiday for another, i.e. “I’ll work Christmas for you if you will work New Year’s for me”. Such arrangements are common but should always be made with the approval of management to help ensure that both parties honor the agreement.

Many civilian companies do the majority of their business during holidays and the work routine leading up to Christmas can be quite stressful for some employees. Retail companies like Target and Walmart will have a dramatic increase in their business during the holidays, and taking vacation any time between Thanksgiving and Christmas may only be granted for emergencies. Software or Internet technology companies like Microsoft, Google and CenturyLink will have varying holiday routines depending on what department within the company you are applying for. Customer service will remain constant, with an increased tempo during the holidays, whereas administrative departments like accounting may have more of a traditional holiday routine.

Some smaller privately owned businesses may close down entirely during the holiday season and offer an unpaid leave of absence for their employees. This is great for employees who would like to spend more holiday time at home. However, not collecting a paycheck for a week or more can have a serious impact on your finances. Before you accept any offer of employment, it is important to know just what the yearly calendar looks like and what the holiday routine is for the company you plan on working for.

Do you know what to expect at a holiday party at a civilian company? Did you know there’s a way to use these social gatherings as a way to enhance your career within the company?
Find Out These Tips Now!