This shirt speaks for itself on this glorious day!

Okay… so the Army vs Navy game is today…

We all know it is a big day, and everyone has a team. But how committed to your team are you?!?! Sweat2Beat has designed a shirt to show some support for this special day! 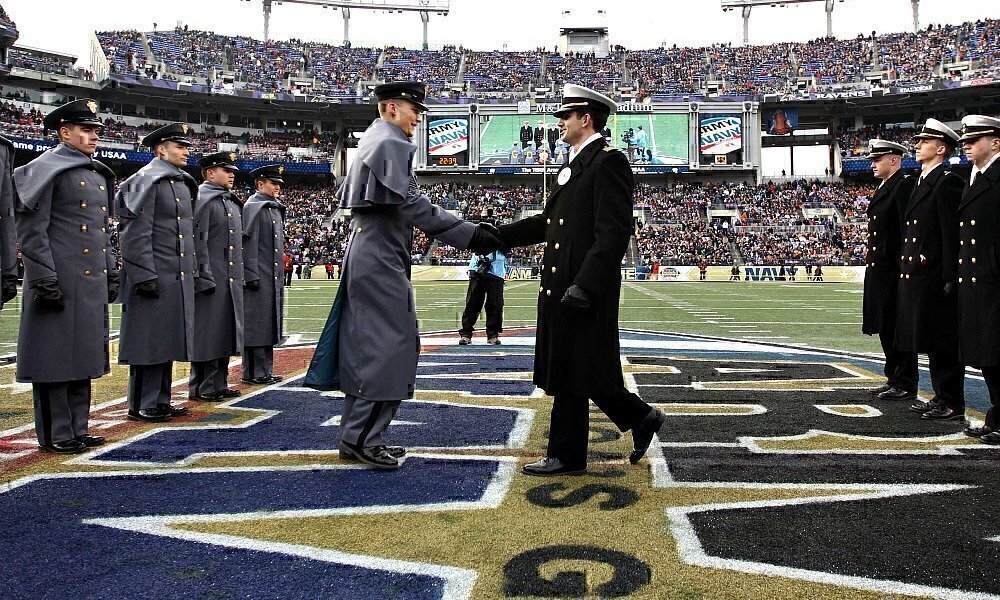 Some Army vs Navy Game Facts

The rivalry kicked off 128 years ago when Cadet Dennis Mahan Michie accepted a “challenge” from the Naval Academy and the two squads faced off on The Plain at West Point on November 29, 1890 (Navy had been playing organized football since 1879, and came out on top of the newly-established Army squad). Ever since, through those many years of intense cheers, unforgettable plays and climactic moments, the Army-Navy rivalry has been etched into the minds of countless fans and followers. All it takes is a visit to West Point or Annapolis, where everything (from the finely manicured hedges to the chant following grace-before-meals) proclaims “Beat Navy” or “Beat Army,” to understand how deeply ingrained this rivalry actually is.

Today, we see the game at its peak in popularity with many videos and promotional pieces like the one created by the US Army Rangers poking fun at the infamous Navy SEALS (as seen above). But the rivalry is nothing short of a contest to see which school really has the biggest fans.

A veteran owned brand Sweat2Beat has released a shirt that supports the Army today! With some new and innovative shirt technology, they created a sweat ink shirt that appears to show the school spirit when you workout and work hard for it. This sweat technology allows for a team to come alive at the gym with a variety of colors and styles.  And some of the cadets are taking this in full stride…

The First Captain and the Brigade CSM show off some new spirit gear for Army Navy!

Get your shirt HERE TODAY if you want one by Christmas, and enjoy the game no matter what team you are rooting for!