Game of Thrones: Perception vs Reality

In the murky realm of Westeros, things aren’t always what they seem. The reality of this fictional land is that few characters can be taken at face value. Sometimes a hero isn’t one. Other times a villain is, well, still a villain but one with some hidden good qualities.

And then there is Tyrion. When it comes to perception versus reality, he serves as a poster child. 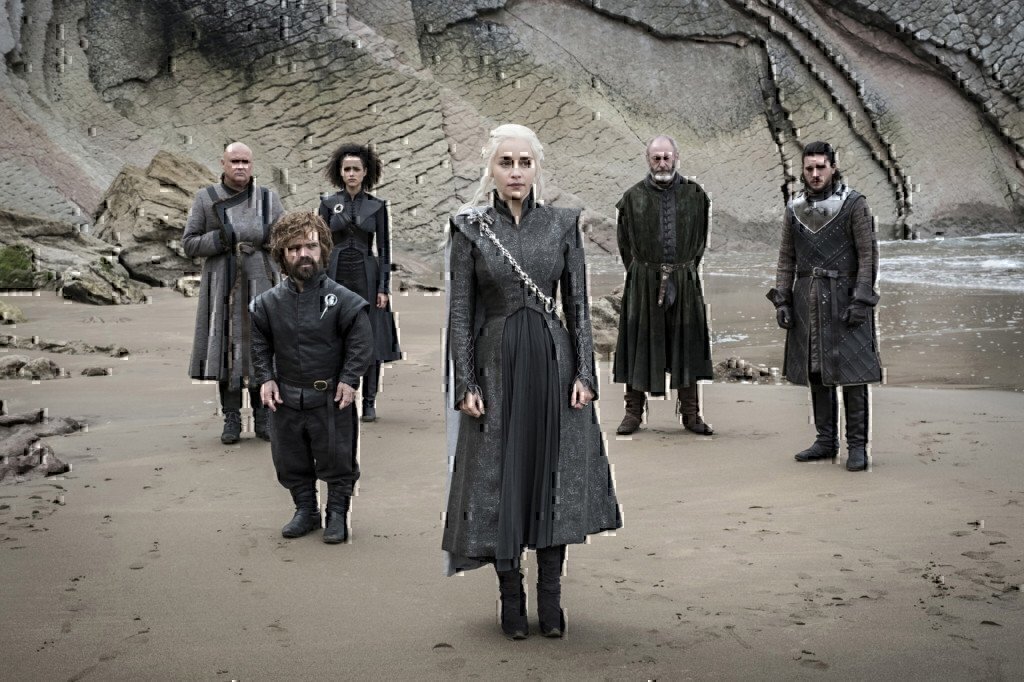 Tyrion Vs the World

“Guilty of being a dwarf,” Tyrion is judged before he’s ever spoken to. As servicemembers, many times we are faced with a similar situation. We are seen only as a uniform, not as the person we are inside of it.

Due to his diminutive size, this son of Lord Tywin Lannister has been underestimated since his birth. This same birth which killed his mother Joanna, thus doubly cursing poor Tyrion. And yet he is a man. Rather than complain about his lot in life, embraces it and fights back with sarcasm and mischief. As he puts it, “Never forget what you are, the rest of the world will not. Wear it like armor and it can never be used to hurt you.”

Here, too, servicemembers can relate…at least about the part of coping with the hardships which our chosen profession casts us under. What might crush the will of others simply becomes part of the daily grind of those in the military, because we’ve been trained to be resilient and grown used to coping with stressful situations? It’s all about building up a tolerance.

Tyrion’s wealthy background is something we cannot all relate to, though. His father was the wealthiest man within the Seven Kingdoms. Yet Lord Lannister despised his own youngest boy, just as did Tyrion’s sister Cersei. Tyrion became accustomed to these things and displayed his tolerance through a nonchalant indifference (not to mention a fair amount of drinking and engaging in other, ahem, revelries). This is where we can come back to drawing some parallels, for many troops, having returned from the challenges of a long deployment, find themselves anxious to avoid reality and engage in thrill-seeking activities as a means to decompress.

Veterans who have served in places like Afghanistan and Iraq or prior conflicts around the globe are very aware of the image they often project. Sometimes we are stereotyped, for better or worse. Tyrion, too, is fully aware of how others see him and he no longer cares, instead of using their ignorance to his advantage. For despite being less adept with a sword than his Kingslayer brother Jaime, he has honed his intellect to a razor’s edge and wields it to work his way out of all manner of predicaments.

Dedication at a Cost

Despite his poor treatment, or perhaps because of it, Tyrion hides a sympathetic heart…and bravery much larger than his stature. Troops who have dedicated years of their lives to the service of our country are also generally compassionate people who want to make the world a better place, maybe because of things they experienced in their past or simply because they also have a big heart and want to be a part of an organization designed to protect and defend others.

Sometimes this dedication comes with a high cost. Even for those who have not been in a combat situation, life in the service is challenging. But for those who have been involved in a life and death situation, it can leave physical and emotional wounds. And it is the emotional ones which others do not always understand because they don’t see them. Their perception is, perhaps, that we have “changed” but they cannot understand or relate to the reasons why, because they never experienced the reality of deployment.

It doesn’t take a combat experience to leave a mark. Many military members carry around burdens of things they witnessed or endured outside the range of actual engagement with hostile forces. Tyrion himself is not one to usually seek out combat, yet he’s scarred from the battle at Blackwater Bay nonetheless. 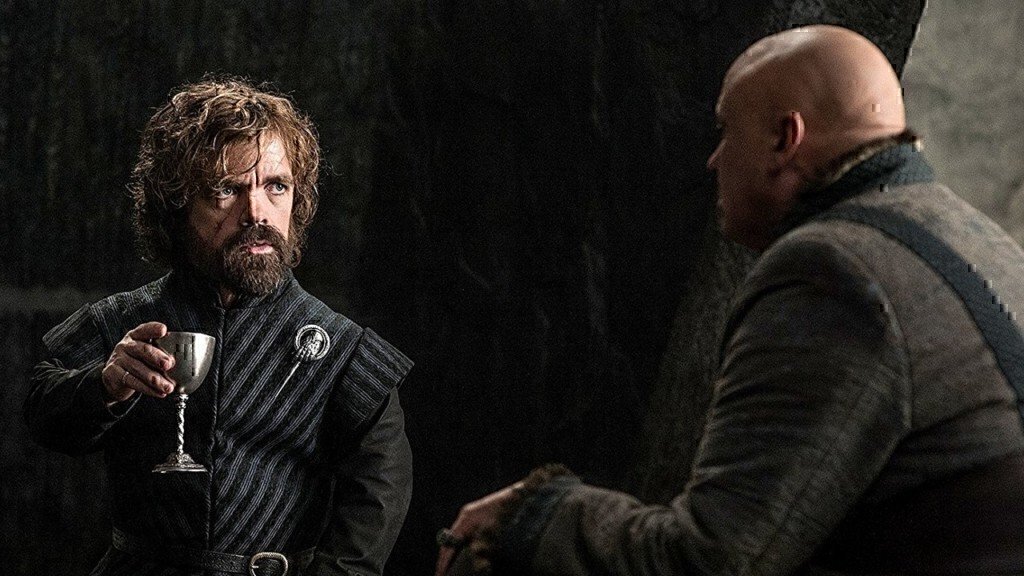 But as with most veterans, Tyrion relies more on his wits than on any weapon. It is a too-common stereotype that many civilians make. Underestimating the high degree to which we rely on our minds. On critical thinking and problem-solving skills. And lastly, on methodical analysis and extrapolation of information in real time to find solutions…often while under stress.

Once more, we see a parallel with Tyrion. He uses his cunning and skills for manipulating others, while enduring neverending taunts and cruelty. Even his own father proclaimed, “You are no son of mine.” It was surely a line Tyrion remembered the night he killed his father, whom he found with his lover Shae. But despite his guilt in these crimes, it was actually a crime he never committed which landed him in jail–the murder of young King Joffrey himself. Nothing like being accused of something you didn’t do, yet such is Tyrion’s lot!

In prior wars, veterans faced something similar. Coming back home after months in Vietnam, many troops were horribly labeled and treated very poorly by their fellow countrymen. The perception that these veterans had committed unethical deeds overseas led to many of them feeling like outcasts. All they wanted was to come back from a war they didn’t ask to go to in the first place. 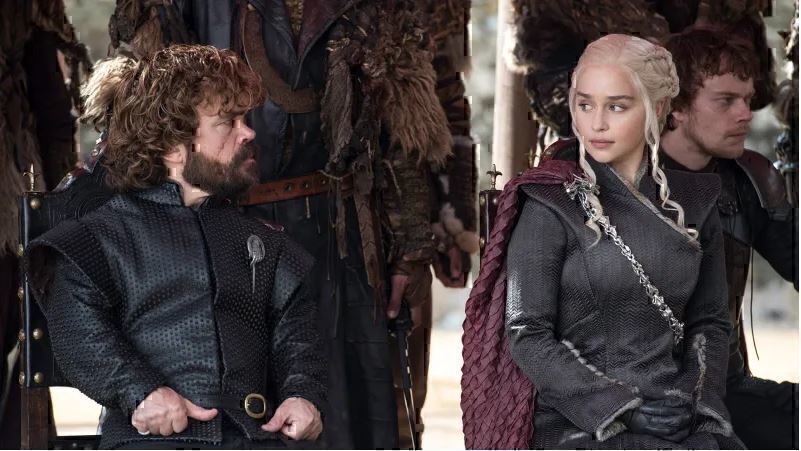 Tyrion was lucky. He found a means to flee from Westeros and make his way through Old Valyria. There he discovers Daenerys, and his rise to become the mighty “Hand of the Queen.” Together the unlikely duo set sail to confront Tyrion’s unpleasant sister and lay challenge to the Iron Throne.

Veterans from prior wars had no place to flee to. Many tragically escaped via substance abuse or suffered mental health issues. Today, fortunately, our men and women of the Armed Forces have better support groups in place and a far better public perception of the troops. There may not be an Iron Throne waiting for us when we transition out of the service and back into civilian life…but then again, who knows? Vets have a way of forging their own successes in the game of life.

In The Spotlight Veteran Highlight with Warrior Flask