Finding My Identity After Leaving the Military 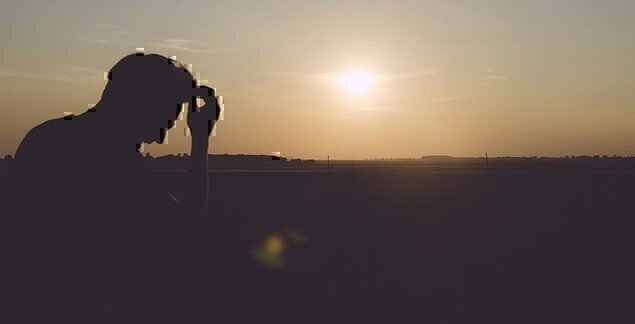 Transitioning from military life can be difficult. From finding a job to figuring out where you will live, it can be a maze of emotions to navigate. Transitioning veterans have so many things to focus on and think about that we rarely take the time out to think about ourselves and who it is that we want to be when we transition.

February 5, 2004. I remember stepping off the bus, dreary-eyed and still half asleep from a day-long ordeal of getting to basic training. I was so excited. That is until the light popped on and that iconic ‘Brown Round’ stepped on the bus. What had I gotten myself into?! Soon we’d begin the transition from civilian to military life in a process that would take nine weeks. The haircut, the uniforms, the paperwork, the physical fitness and the discipline.

It was all a part of the new me. We often forget how emotional that experience was because we weren’t really authorized to be emotional. Even if we were, where would you find the time? And if it took that long to turn you into a soldier, a Marine, an airman, a sailor or a Coastie, why would the process back to civilian life be any quicker or easier?

Fast forward to present day, and I am crossing back over the threshold of transition back to civilian life. How could I not expect this to be just as emotional, if not more than before? After 12 years of service, I’ve become accustomed to many different names. As an NCO in the United States Army, I took pride in my name both in and out of the uniform: Sergeant Wheaton.

My voicemail even reiterated the fact that that was the name I would be called. My soldiers called me “Sarnt” (a term we use in the Army that really just means sergeant). My superiors called me Wheaton most of the time, except when I was simply known as ‘You.’ My chevrons defined who I was. Whether in front of a formation or in line at the airport, I was Sergeant Wheaton, United States Army, one each. Now all of a sudden, after crossing back over the threshold, I find myself struggling to know who I am.

Re-branding for a New Me

I remember taking a transition class about Branding Yourself for a 2nd Career. It covered many of the things that can be difficult for transitioning veterans, such as not wearing a uniform every day or adjusting to differences in work life. I remember thinking that I wouldn’t have those problems. I knew they were there, but I decided I would able to master transition. I soon realized that the same principles I was learning to apply in rebranding myself for a career after the military I would need to apply to rebranding myself as a whole.

I began to explore things like how I felt about people using my first name. Jamaal..? J? Maal? Jam? Hmmm, probably best to stick with Jamaal for now. Then I started to think about the type of clothes that Jamaal likes to wear. What does he wear to work? What movies does he like? Does he enjoy relaxing in his off time? It felt a bit silly to be rethinking so many things that felt like they wouldn’t change, but in all reality, my entire world was changing and there was no overlooking that fact.

Finding Purpose in My New Life

Maybe it’s just me, but when I am in uniform, I walk with a different swagger. I hold my head a little higher and carry a different confidence knowing that this uniform is what makes this country great. Although you do not expect it, it is an amazing feeling to have someone reach out, look you in the eye and shake your hand to thank you for what you do. That doesn’t happen when you walk into Starbucks in a suit.

READ NEXT: 6 THINGS EVERY VETERAN WISHES THEY KNEW BEFORE RETIREMENT

Did my uniform really define my purpose in life that much? It was a sobering reality to think about. The fact that I felt like I was struggling to find purpose outside of my uniform meant that I needed to find a new purpose in life.

I can still volunteer at a school without being “the Army guy who volunteers at the school.” I can still help my neighbor carry a bag of groceries to their apartment without needing to be “that nice Army guy that helps everyone out.” I guess my point is that I am realizing that my actions still have value, even though they aren’t done in a uniform. They have even more value because it isn’t “the Army” doing it anymore, its Jamaal.

Life after the military doesn’t have to be a shadow of the life you lived in the military. It just has to be what you want it to be. While it is difficult, finding my identity after leaving the military is one of the most rewarding and enlightening things I have ever had to do. I’m getting the chance to get to know myself again.

Jamaal Wheaton is an Army veteran with more than 12 years of active duty service. He is founder and owner of The Wheaton Group, a public relations firm that specializes in being a voice for veteran and military-related issues. Jamaal shares his personal experience of transition with the hopes of helping others navigate through their own transition.

READ NEXT: HOW THESE VETS SUCCEEDED IN FEDERAL JOBS, AND HOW YOU CAN TOO