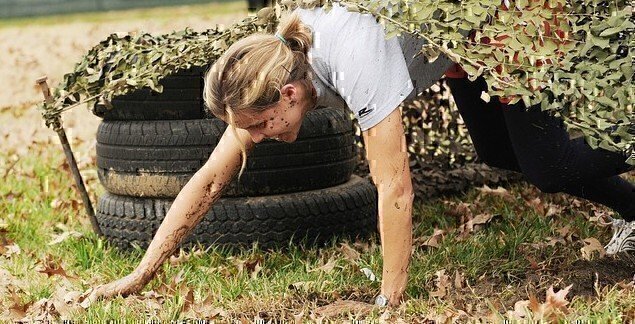 Women Veterans: Your opinion should matter and you should be taken seriously in and out of the military.

Recently, I have had more female veterans reaching out for assistance in their career search. Come transition, they are finding that their voices are not heard or understood as much as they assumed they would be. Female veterans returning home find themselves lessening their standards in order to “fit in,” which is exactly the wrong message corporate should be sending to these ladies and the rest of their organization. I am extremely hard on women who come from the service because I feel like they should have respect for themselves and not ever settle for less.

Sheryl Sandberg’s book “Lean in” is extremely applicable for female military who transition into the civilian work force. Due to media scrutiny in this day and age, military women often come from an environment where their voice did matter, and suddenly they are finding that it isn’t valued in corporate as much as it was within the military walls. Women should hold their ground and not lose the aspects that have made them leaders. The corporate world is fortunate to have them NOT because they are a female who fits a hiring check mark, but because they have had to work that much harder in the service to perfect their skills in communication, efficiency and tact. Military officers and enlisted alike should use their innate and trained skills as a catalyst to improve their experience in the civilian work environment. Civilian employers should respect those skills.

All the work it has taken to allow women into the service has actually created a safer environment, to a degree, within the military walls than outside in corporate. The repercussions for not following an order or listening to mission suggestions could mean someone’s life is on the line. The rules and regulations and equal playing fields have made it so a woman’s voice is either heard/held in equal weight or the mission may not be accomplished. Due to the physical nature, women will not ever be able to fully accomplish what male members can in the service, but I will say that personally, I have felt that I have had to prove myself more on the outside than I did in the service. In the service, once I earned my respect in one situation, I used that to help me navigate future leadership issues and practice how to programatically prove why I needed to execute on the mission at hand. It was challenging to be taken seriously as a young female officer who liked to smile, but by the time I was 22 with 120 fuels men underneath me I was tested to the utmost on how to be ME as a female but be a leader (who wasn’t afraid to get her hands dirty) that the men listened to. Once I left the service, I had to prove myself all over again due to the lack of understanding in the civilian world where I came from. I was proving myself as a professional and having to explain/justify what I went through in the service to shape me as a leader. I didn’t push papers for a living!

I find myself often offering words of mentorship or wisdom to female military members/veterans on how to properly hold themselves in a professional nature (in interviews, in the workplace, in day-to-day life). Someone is always watching! I tell them to live by the mantra of “no excuses” for anything less than poise, sophistication and being taken seriously.  Having a distinctive personality is encouraged, but keeping tact and integrity is extremely important if one ever desires to be viewed in a professional nature. There should not be a negative stereotype of a “military female” any longer.

Female military members should hold themselves to a higher standard than others: they are leaders of this nation who are resilient, intelligent and have experiences that merit a voice to be heard. They should know how to work WITH people, FOR People and to LEAD people.