How to Explain Your Weaknesses During a Job Interview

Job interviews are stressful enough without having a curve ball thrown at you. But like it or not, you’re going to have press through if you want to get hired. Interviewers run candidates through a gauntlet of predetermined questions, and one timeless classic query is: “Can you tell us about one of our weaknesses?”

Such an innocent-sounding question! So innocent, in fact, that you suspect it could be a set-up. Perhaps that’s the veteran in you coming out, always weary of a situation, and maybe over analyzing things because you want to get it right.

But many candidates end up trying to disguise one of their strengths as a weakness (“My weakness is that I try too hard to turn in perfect work!”), or they try to tell the interviewer(s) what they think the other person wants to hear (“I don’t really have any weaknesses, because I found and eliminated them all”).

Sure, those are common—and all too obvious—ways to go about answering the question, but there are other ways, too!

You wouldn’t fly off for a deployment without being thoroughly ready, would you? No, there’s too much at stake! So why would you want to drive to an interview for a job you really want, without being thoroughly prepared? And how do you prepare? For starters, know what to expect! This includes researching the potential questions you’ll receive, and at least having a rough outline memorized of how you want to answer. Never go in with a plan to just “wing it.”

So, think about it right now. What’s are some work-related weaknesses you’re willing to own up to? Jot them down.

(Did you do it? If not, maybe procrastination is one of your weaknesses!) 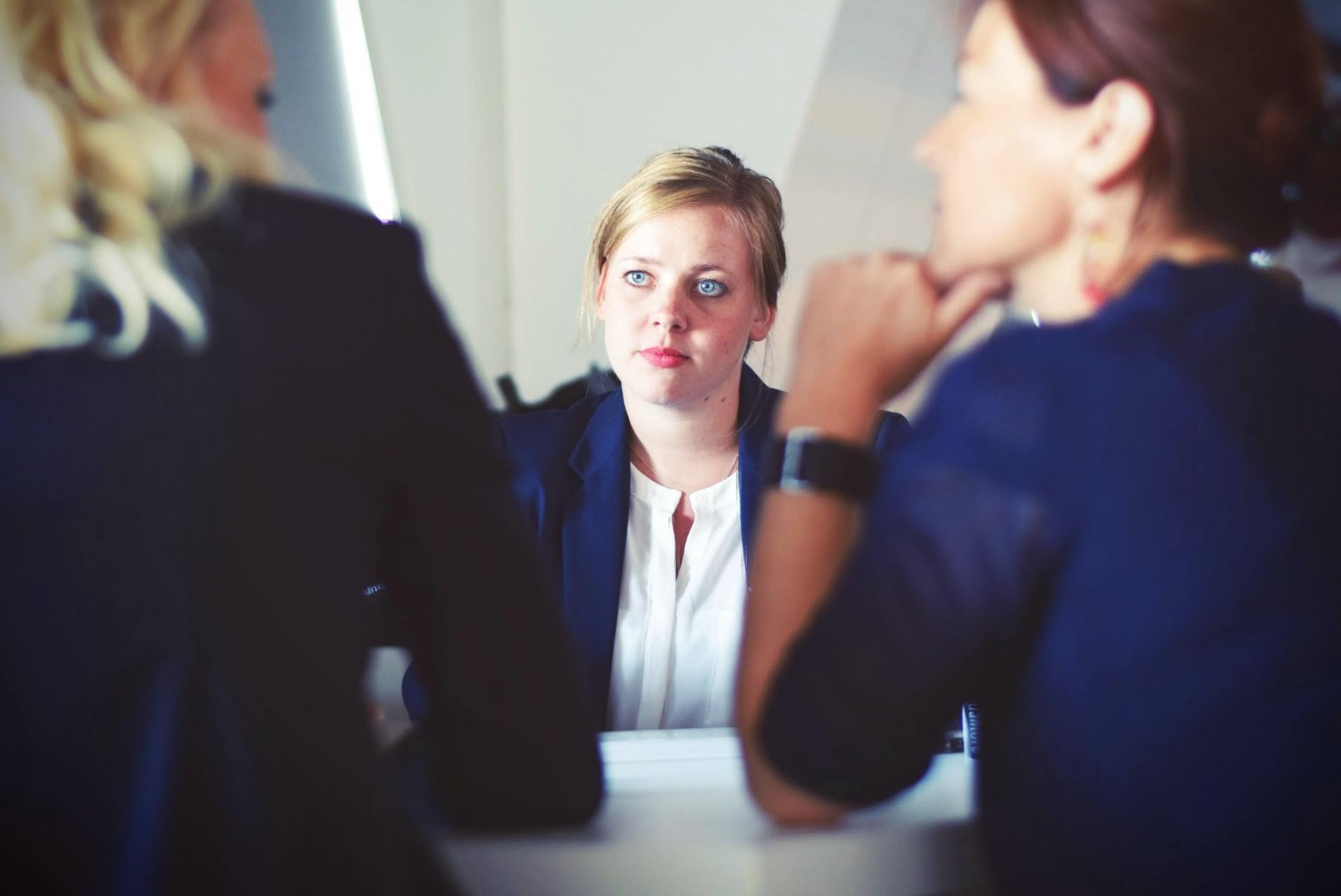 On the cover of The Hitchhiker’s Guide to the Galaxy is the catchphrase, “Don’t Panic.”

Former service members have been through such a wide range of worldly experiences that panic usually isn’t an option. But then again, the unknown is always formidable, and transitioning into civilian life can certainly be intimidating.

Just keep your military bearing as you traverse through the experience of a civilian job interview, and when they ask you an open question such as, “tell us about your weaknesses,” stay calm and collected. Show them you’re in control.

Whatever you choose to offer as your weakness, give the interviewer a concrete example of it. But don’t just leave it at that. Next, explain how you have either overcome that weakness or leveraged it to work for you.

This is not necessarily the same as turning a weakness into a strength, but rather showing the interviewer two crucial things:

2) that you have taken positive steps to either mitigate it or adapt and repurpose it.

READ NEXT: WHY YOU SHOULD CONSIDER AN APPRENTICESHIP

If, for example, you have a tendency to ramble on about a topic, you could cite it as a weakness, but explain the reasoning for it is because you like to be thorough and ensure the listener completely understands your meaning. In other words, maybe you talk too much, but at least you do a good job of explaining things!

Some “weaknesses” could be personality traits, or work behaviors. But you might also want to think outside the box about this. To use a very famous example (and I don’t recommend this for the interview, per se), but Bill Gates has been quoted as saying, “I will always choose a lazy person to do a difficult job because a lazy person will find an easy way to do it.”

Laziness is typically viewed as a weakness, and yet the second richest man on Earth has found a way to make it sound like a positive…at least in this context! So again, while we wouldn’t recommend using “laziness” as your weakness, it is worth considering ideas that an interviewer may not expect to hear. Give them something original, and you’ll stand out from the pack!

Don’t Pretend to Be Perfect!

Nobody wants to work with a conceited individual. People, even hiring managers, understand and appreciate the fact that nobody is perfect. So don’t try to convey yourself as such during an interview. Most likely, they have seen and heard it all. That includes candidates trying to avoid tough questions by either offering fluff answers or by trying to “misdirect” the question by answering it in a way that doesn’t actually answer it at all.

This isn’t a political press conference, where you can dodge the hardballs. Step up with integrity and courage, and take your lumps like a proud veteran!

Speak About Your Intentions

Answer their questions directly and truthfully, but always accentuate the positive and end on a high note.

If you aren’t an expert on a system that their job posting mentioned, let them know that is a weakness, but that you fully intend to learn it and have a plan to become an expert as soon as possible, through self-study, courses, or working side-by-side with whoever is present to train you. Talk about your background and about other systems or tasks you had to learn from scratch.

As a prior military member, you have already proven that you’re highly trainable and flexible, thanks to your experiences in the service! But make sure they understand that, too.

Honestly, “tell us about your weaknesses” does come off as a bit of a trick question. In the military, one would obviously never divulge their weaknesses to an adversary. But this is a job interview, not combat. A company’s hiring manager or HR rep called you in because your resume impressed them enough that they want to learn more…the good, the bad, and the ugly!

They want to hear you speak about your experiences and skills, and how those match up to the needs of their open position. That said, yes, they’re also evaluating your responses, your behavior and demeanor. At least a part of that is determining how honestly you respond to their questions.

READ NEXT: TIPS FOR NEGOTIATING YOUR NEW SALARY

Article Name
How to Explain Your Weaknesses During a Job Interview
Description
Job interviews can be very intimidating and challenging. One of the hardest questions an interviewer can ask is "Tell us about one of your weaknesses." Here's how to explain your weaknesses in an interview.
Author
Matt Cates
Publisher Name
G.I. Jobs
Publisher Logo