What to Expect During the Hiring Process 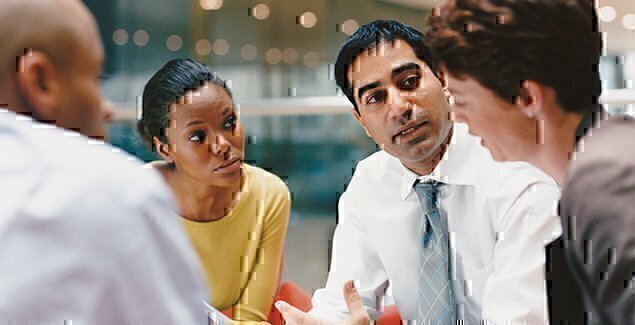 As a military member, you’ve come to expect things to happen in a certain way. When you’re on a military installation there is “Reveille” in the morning and “Retreat” each evening, and in a movie theater on base you expect to hear the national anthem before the movie begins. Wouldn’t it be nice if your job search was just as routine? Unfortunately, that’s rarely the case, especially when it comes to job interviews. It would be great if you were simply called to schedule an interview, interviewed and offered the position. However, that’s almost never how it happens. Two recent interview experiences, one federal and one with a civilian engineering firm, illustrate just how challenging the interview process can be.

Cheryl just accepted an offer from a civilian engineering firm, and she is excited to start her new job! However, securing her new position has taken about nine months, and along the way she learned a valuable lesson: never stop accepting interview requests no matter how secure the current interview process seems.

In the fall of 2015, she began interviewing with a different engineering firm. Before that process was over, she had participated in four separate interviews with 10 interviewers. In spite of the multiple interviews, she was confident in the process. “I thought they would give me an offer because the feedback was all positive, so I stopped looking for other positions,” she says. Ultimately, she was not offered a position with that firm, and in the meantime her job search had stalled. “I then needed to get re-energized and begin again.” Cheryl believes she was not offered a position because the firm wanted to hire her for a specific project, but didn’t win the contract.

There can be similar concerns for military members who seek positions with Defense Contract companies, but that shouldn’t stop you from considering positions with these firms because they are often a great fit for your experience and skills.

To see if you might be a good fit for a position with a defense contractor, read “Defense Contractor Jobs For Veterans – You’re A Perfect Fit!”

Robert is still waiting to hear from his most recent interview in April. A senior naval officer, he has been chasing his ideal federal position for more than seven months. He applied for the senior General Service (GS) position early in the fall of 2015 and was finally “referred” in December. Being referred for a federal position means that his resume was reviewed by human resources personnel, he was found potentially qualified, and his resume was forwarded to the hiring manager for the position for further action. He anxiously began waiting for the potential interview call. There was only “radio silence.”

In January, Robert took the initiative to call the agency to inquire about the status of the position. This is always a proactive strategy that you can use. Sometimes you will receive useful information and sometimes you’ll hear the famed, “Don’t call us. We’ll call you.” Robert was lucky. The point of contact at the agency (which is usually listed on a federal vacancy announcement) was helpful and explained that a panel of employees at the agency was going to meet to review applications, but it hadn’t happened yet. It was scheduled for February. More “radio silence” and more waiting!

In March, Robert still had heard nothing new, so he again called the agency point of contact. This time she explained that they were scheduling interviews, but offered no additional information as to whether or not Robert would be interviewed. Robert waited anxiously by the phone for the next week, hoping an interview would be scheduled. No call came. By the end of March, Robert had all but given up. Like Cheryl, he had let the prospect of this job stall his other efforts, so he re-focused his attention and began searching and applying for good target positions again.

And then the email came requesting an interview in the middle of April. Robert completed an extensive panel interview via video teleconference. The perfect ending to the story would be that Robert received a job offer. Unfortunately, he’s still waiting.

As these two examples illustrate, you really should expect the unexpected when it comes to the job interview process. It is very likely that it will differ from organization to organization and from position to position. It is important to stay focused and continue to apply for other positions and seek out opportunities for interviews, even when you think you have a “sure thing.” Along the way develop strategies that help minimize the stress of waiting and decide when you’ll take a proactive approach and contact the company or the agency directly. The interview process is a two-way street that should give both you and the potential employer a sense of what the other can offer.

To get started, read “6 Proactive Steps to Take When You Don’t Hear Back from an Interview”

Read next,  What to Do After the Interview