The Difference Between Army Corporals and Specialists 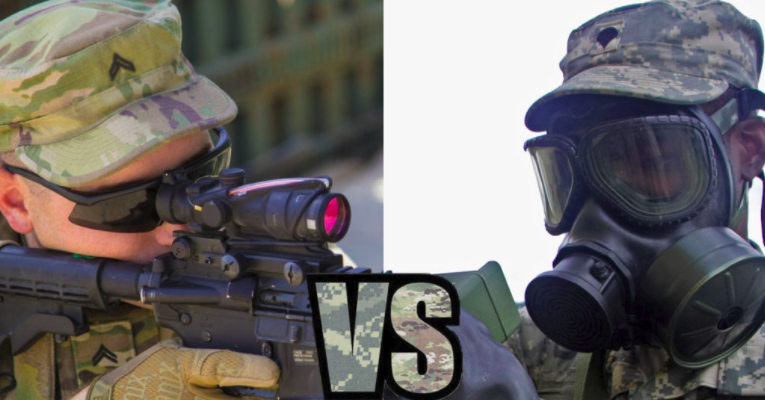 There aren’t many ranks throughout the U.S. Armed Forces that have a lateral promotion between two separate ranks at the same pay grade. The difference between Master Sergeants and First Sergeants is nearly the same as Sergeants Major and Command Sergeants Major. One is a command position and the other  isn’t.

And then there is the anomaly that only exists within the Army’s E-4 pay grade system: having both a non-commissioned officer rank, Corporal, and the senior lower enlisted rank, Specialist.

Originally, the U.S. Army rank went from Private First Class directly into the leadership position of a Corporal — similar to the way it works in the Marine Corps. They would take their first steps into the wider world of leadership. In the past (and still to this day), they serve more as assistant leaders to their Sergeant, generally as an assistant squad leader or fire-team leader.

Today, Corporals are often rare in the U.S. Army outside of combat arms units. While a Corporal is by all definitions an NCO, they aren’t often privy to the niceties of Sergeants and above. It’s very common to hear phrases like: “We need all E-4’s and below for this duty” — that includes the Corporal. The other side of the coin is when an ass chewing comes down on the NCOs of a unit: “We need all NCOs in the training room, now” — that, too, includes the Corporal.

Corporals are the most likely to end up doing all of the paperwork no one else wants to do. (Photo by Staff Sgt. Dalton Smith)

A specialist exists as a mid-century relic where a separate rank system was established to differentiate someone who was a “Specialist” in their MOS but not necessarily an NCO. This would mostly apply to, for example, a member of the Army band member outside of D.C or West Point. From 1959 to 1968, this went up from E-4 (Spec/4) to E-9 (Spec/9) but it slowly tapered off until 1985 when it became just an E-4 rank.

This is more or less the concept of the modern Specialist. The idea is that a Specialist would focus on their MOS instead of leading troops. In practice, a specialist is given the responsibilities of being a buffer zone between Privates and Sergeants. In execution, they often shrug off physical duties to the lower ranks and any leadership duties to the higher ranks. This is called the “sham shield of the E-4 Mafia.”

The E-4 Mafia is basically the Specialist’s “f*ck it” mentality. (Image via USAWTFM)

A Specialist is definitely the easier rank. Think of a big fish in a little pond versus the little fish in the big pond. The Privates are required to show respect to their senior ranks, so they treat both the Specialist and the Corporal as a higher-up. But often times the Senior Enlisted ignore Specialists but toss things like paperwork onto the Corporal. Sergeants tend to treat Specialists with more leniency. If they mess up something small, it’s fine. If a Corporal messes up at all, they get an ass chewing like the big kids.

The Corporal will more than likely get in before the Specialist.