Why You Should Consider a Federal Job 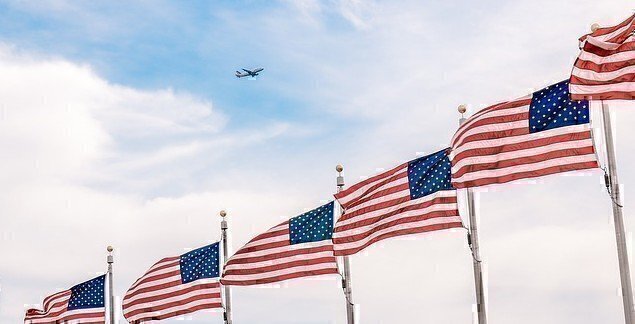 Many service members in the midst of transition are nervous about entering the civilian job market. The uncertainty of whether or not you’ll get a job combined with a complete departure from military culture makes transition pretty scary. But an often overlooked source of jobs, as well as a possible intermediary between military life and going full civilian, is the federal service. Here’s why you should look at federal jobs and how to get started.

Federal jobs have competitive pay and benefits. The salaries of federal jobs are often a little better than your total take-home pay, including military allowances for housing, subsistence and special duty. In fact, federal pay and benefits are competitive with the private sector in order to draw good people to federal service. Also, if you already have a Thrift Savings Plan (TSP) account, you can take advantage of federal matching and boost your retirement plan!

Federal jobs are available. Whatever your politics or opinions, the fact is that the current administration has expanded the federal government. Also, up to 25 percent of current federal employees are eligible for retirement and will exit federal service over the next several years. They will need to be replaced – and if you get in the game early, you might have an opportunity to rise quickly as positions at/near the top of federal organizations go empty.

Federal jobs offer veterans preference. There’s not much to be said about this fact. It’s an actual advantage you have over civilian applicants. Take advantage of it!

Federal jobs are easy to find. It’s daunting to start a civilian job search if you’re used to the restricted options of a military career. But federal agencies are required to post all their job openings on www.USAjobs.gov, which is searchable by location, desired salary, profession and more. But while you can apply through the USAJobs website, federal agencies also post the jobs on their own websites, so if you find one that’s interesting follow it to the source as best you can. Also, speaking of websites, you can check out the resources of the Partnership for Public Service and find out what it’s like working for a particular agency, or get specialized advice on how to apply to a particular federal job.

You can network into federal jobs. There is a well-worn path from the military into public service. This is, in part, because the kinds of people who join the military are service-minded, so they’re more likely to consider entering the public service. The result of this is that many public servants are veterans, and that makes many federal agencies very military-friendly (beyond even the legal requirement to offer veterans preference). If you’re interested in one federal job or another, ask your military friends and colleagues if they know anyone currently in the federal service that you can meet. Also, build a LinkedIn profile, and you’ll find many contacts in the federal service through your military network.

If you’re nervous about asking for “help” or “charity,” remember there’s nothing wrong with the question, “So what’s it like working in X agency? How would I try to get a job there?” A message via LinkedIn can accomplish the same thing, especially if you write it professionally and respectfully. A question like that invites the other person to talk about him or herself, which people in general love to do. And you know how much military personnel and veterans love mentoring. Finally, always take the chance of calling in after submitting a job application in case you can strike up a bond with a recruiter.

Federal “lingo” is closer to military jargon than civilian-speak. There’s no question that the military is separated from the civilian sector by its particular language. But there’s some crossover into the federal service, so the culture shock won’t be as severe. However, you still want to de-militarize your resume and make sure you tailor each application you submit to the job posting. Federal services may not be military, but each agency has its own “lingo” and you want to apply in its own language.

Finally, applying to federal service requires patience. Federal agencies are legally required to post their jobs for a certain period of time and the hiring bureaucracy must parse all the applications. So there’s a big lag between your submission and any calls coming your way. Federal agencies strive for 80 days; their average in 2014 was 105 days. For those of you counting, that’s two to three months. So be patient when you apply.

The federal service may not be the first thing that comes up on a transitioning veteran’s radar. It is, however, a viable civilian job opportunity which provides some major advantages to veterans – preference, similar benefits and a more familiar culture than many civilian jobs. Take a look and see what’s out there! You may be pleasantly surprised.