7 Civilian Misconceptions About the Army 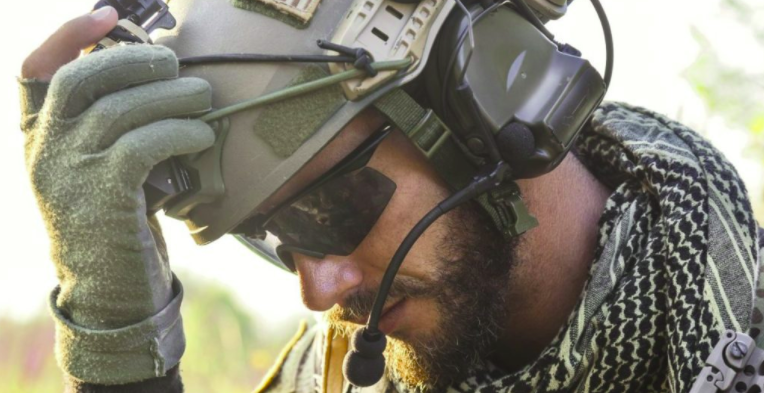 Whenever soldiers go on leave, it always plays out exactly the same:

“O! You’re in the Army? My friend from work’s brother is in the Navy, so I know allllllll about it…”

This is followed by a in-depth one-sided discussion about what people think they know about the Army, usually followed by some uncomfortable questions.

Here’s a list of assumptions we get that leave us sitting there thinking, “No, dude. Not even close.”

6. “You’re exactly like the other branches of the Armed Forces.”

It’s not that it’s entirely wrong. There is plenty of overlap between soldiers and other branches. But we still have our own mission and they still have theirs. .

So stop calling a Marine “a soldier.” On a related note, don’t type “marine.” Ask your Marine friend why.

The best analogy you can use is like the relationship between EMT, nurse, and doctor. They all have a very similar purpose in life, but they each have a different part to play in the grander scheme of things.

5. “You’re all hard ass SOBs with who can ‘John Wick’ someone with a pencil.”

No matter what a soldier did while serving, when they get out they probably won’t correct someone if they hear, “You don’t want to upset him man, he was in the Army! He could snap you in half!”

Many soldiers are required to go to Combatives Level 1 and eventually Level 2 (depending on their unit.) And yes, physical training is a thing everyone does in the morning, and many soldiers also enjoy going to the gym after work ends.

While it’s definitely frowned upon, we still have soldiers that look like they should have cheeseburgers slapped out of their hand to make height and weight regulations. Even on the other end of the spectrum, there are also plenty of scrawny soldiers in the Army as well.

Will someone please give Private Rogers that dude’s cheeseburger so he stops looking like he belongs in a Sarah McLachlancommercial.

4. “You’re all wounded and fragile shells of who you once were.”

War is hell. There’s no denying that. But very rarely are soldiers as truly broken as the civilian world thinks we are.

I don’t know what his problem is, he’s not even looking at the war.

When civilians think about soldiers and PTSD, the worst-case-scenario comes to mind. While there are veterans who suffer from acute PTSD symptoms, most service members have the tools to treat their service-related conditions, and nearly all are still functional members of society.

3. “You’re free to make decisions like where you want to live.”

Back to the lighter and funnier side of things, it is always hilarious whenever people say things like, “Why can’t you just call in sick?” or “You’ll be able to take this day off, right?”

Sure, you have the occasional “Army of One” jerk who thinks he can get away with skating. But no. We don’t choose whether or not we want to go to work. We don’t choose days off without a long drawn-out process. And even if you reenlist for a new duty station, chances are, you won’t get to decide where you live in the world.

That’s just the way things are and soldiers get used to it.

“Oh, you reenlisted for an opportunity to be stationed in Italy? Have fun in Fort Drum, sucka.”

2. “You’re a master of foreign affairs and know what the military is doing constantly.”

The Army is just way too big and way too diverse, even within itself. When civilians start throwing our opinions into it we’ll either stare blankly or make something smart up.

Also, we don’t like talking about work during leave.

“My feelings? I, uh, I know what the Atropians are doing is bad. And uh. Things need to be better. Yes.”

Nothing blows a civilian’s mind quite like the fact that there actually is down time in the military and that we do more than just shoot weapons and practice kicking in doors.

Want to hear what 75% of a lower-enlisted’s day looks like?

Wake up to work out with the platoon at the weakest guy’s level. Pretend to check our equipment that hasn’t been touched since the last time we pretended to check on it. Quick hip-pocket training by a sergeant that was just reminded that they’re a sergeant (“How to check that equipment you just checked,” or “Why DUIs are bad”.)

Then wait that for same sergeant to get out of a meeting where they’re told that nothing happened but they should watch out for their Joes getting in trouble. Finally go back to the barracks to do all the things their sergeant was warned about.