This Civilian Sh*t is Hard

I couldn’t see it then, but I was totally sabotaging my civilian transition.

I took a long pull on my cigar and gazed up at the endless expanse of stars. Around me stood my brothers- and sisters-in-arms. Together, underway in the Arabian Gulf, we’d just completed one of the largest mine warfare exercises in U.S. Fifth Fleet history.

It was profoundly satisfying.  I’d left active duty eight years before, but had remained in the Navy Reserve. And, thanks to the reserves, I had enjoyed this brief sabbatical at sea, which was about to end. As I stood there on the signal bridge of USS Ponce and contemplated my impending return to the “real” world, I took one, last, longing look around.

Why? I thought. Why can’t I find this in the private sector?

Because this doesn’t exist. And you shouldn’t waste a nanosecond of your time looking for it.

According to the Harvard Business Review, “Military organizations are idiosyncratic and special. Their primary ‘output’ is lethal force, controlled in ways that compel people to do what they don’t want to do. No legitimate firm does anything remotely comparable.”

That was a real problem for me.  Ever since I’d left active duty, I’d been lamenting the lack of this in my day job. Nothing measured up to my military experience. As a result, I had a lousy attitude, was a marginal performer, and had numerous doors to other, more interesting opportunities shut in my face. And it was entirely my fault.

Why? My expectations were totally out of whack.

Don’t let yours be. Consider these three tips as you navigate your civilian transition.

1.) Draw a very distinct line between your military and civilian experiences.

I’m not suggesting you should take one of those Men in Black mind erasers to your military years, nor that you should suddenly stop being the person you were in the military once you leave. But you absolutely should not attempt to recreate your familiar, comfortable military world in the private sector. That’s a sure path to disappointment.

The most successful transitioning veterans I know employ a healthy, forward-looking mindset. Consider Joe, who left the Navy after six years of commissioned service. He never intended to make the military a career, although he wasn’t entirely closed to the possibility, either. Joe was admitted to a top-tier MBA program, went on to become a junior partner at a leading management consultant firm, and, today, is next in line to succeed the CEO of a publicly traded company. What explains his success? Importantly, Joe never attempted to project his military experience onto his civilian life. He understood the two were fundamentally different worlds, each with its own unique joys and frustrations, which he endeavored to take in stride. He maintained a positive, future-oriented outlook and refused to indulge in thoughts of back in the Navy . . .

Be like Joe. Set yourself up for success by making your civilian transition a true transition.

2.) Don’t expect too much from a civilian job.

The military provides a convenient, one-stop shop for every human need along Maslow’s hierarchy. From food to community, from shelter to self-actualization, life in the service offers a very complete existence.

Some civilian jobs may check some of the boxes, but certainly not all. To derive the meaning and satisfaction you enjoyed in the military, you may need a hobby. You may need to do charity work. Or make new friends. Or become a volunteer firefighter. Or join the Guard or reserves. Whatever.

Just remember, when you transition to the civilian world, you need to create an entirely new life. The job is only one part. If you expect it to carry more than its fair share of the load, you’ll be in for a let-down.

Nine years after leaving active duty I finally landed in a civilian leadership role. Nine years. And I realized almost immediately that much of what I missed about my military experience was the opportunity to lead. Why did I wait so long to do so in the private sector?

Don’t! Do not take a job as an individual contributor, unless you seek to gain some specific skill or experience. Most separating veterans have enough leadership experience to qualify as a front-line supervisor somewhere. And if you apply even the most basic leadership principles you learned as a recruit to the civilian workplace, you will be amazed at how positively people will respond.

Always look ahead. Don’t expect too much from your civilian job. And lead on! If you do those three things, you will greatly improve your chances for a successful civilian transition. 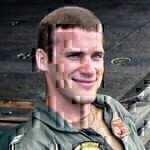 Dan Bozung is a former Navy helicopter pilot. After numerous false starts and years of disappointment, he finally got it together, and today leads a midsize manufacturing business outside Kansas City, Missouri. He is the author of the forthcoming book, This Civilian Sh*t Is Hard: Misadventures and Lessons Learned from the Military Life that Made Me and the Civilian Experience that Nearly Ruined Me. Learn more at danbozung.com.