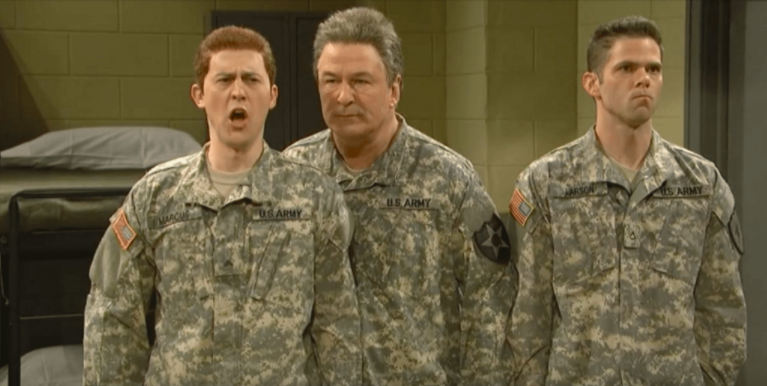 In the military, we’re notorious for having a really dark sense of humor. We laugh at crazy sh*t ranging from getting shot at to being awoken by having hot sauce poured into our wide-open mouths.

We told you it was dark.

We also think it’s funny when professional comedians attempt to spoof us and our unique culture. Veterans are a tough crowd to please, but we typically forgive comedy sketches that try to portray what it’s like serving.

Let’s face it, we never expect any civilian comedian to get it right, but it’s funny as hell to watch them try.

So, check out six of the funniest comedic military sketches ranked.

Just when you think you’re out, the military attempts to pull you back in.

Well, that’s what one military specialist (Peele) thought when he’s unexpectedly approached by an Army General (Key). However, the general is there just to ask for a simple recommendation for another operative. When the military specialist learns of that fact, the real comedy begins.

A drill sergeant (Ferrell) with a sensitive side orders his troops to give him advice about his love life and relationships.

4. “The worst catfish ever” — College Humor

When troops deploy, they leave their spouses and loved ones behind. When you’re thousands of miles from home, it’s not uncommon for service members to claim to have long distance relationships to look cool in front of their peers.

The comedy duo does it again as they portray World War II soldiers hearing a story about one of history’s worst humans.

As tough as military training can be, imagine being in a command where your father is in charge — and all you want is to look cool in front of your boys.

1. “Would rather be elsewhere” — Monty Python

We’re not setting this clip up. Just watch it and you’ll see why we put it number one.