8 Civilian Behaviors That Make You Weird in the Military 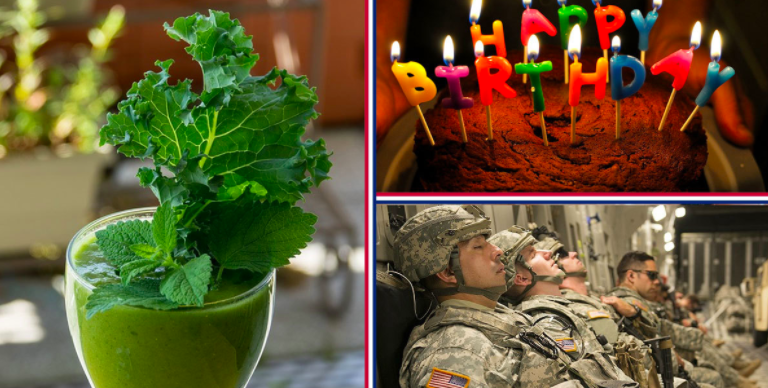 The military is its own beast. Many of the things we do while enlisted would seem weird to civilians. Well, the door swings both ways.

The following things seem perfectly normal before you join up, but might net you a few odd looks when you join the service.

Related: 7 military things that somehow get you fired in the civilian world

8. Not embracing the silly

Deployments quickly turn into the movie Groundhog Day. You see the same people, do the same missions, and eat the same chow. You’ve got nowhere to go and nothing to do. As you might imagine, things get real weird real fast.

At about month six, you’ll see things like troops singing Disney songs to each other or guys starting fights with traffic cones as arms. If you don’t join in, you’d better be filming it.

Our deployment videos always kill on YouTube because people think we’re super serious all the time.

One unexpected advantage of Big Military cramming as many troops into as small of a space as possible is that we get close to one another. There’s nowhere to go, especially on a deployment, so you might as well get to know everyone who shares your space.

Civilians might be surprised at the level of closeness between troops in a platoon, especially when it’s snowing outside and everyone is wearing summer PTs. 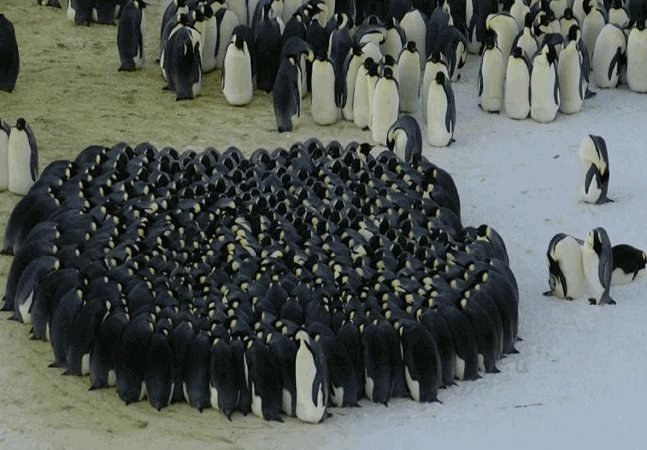 “Here, we see a bunch of soldiers waiting for morning PT…” (Screengrab via BBC’s Planet Earth)

For better or worse, hazing is highly frowned upon in the military. Any type of initiation or harassment directed toward fellow troops is a major offense under the Uniform Code of Military Justice. No commander would dare allow their troops to partake in any form of hazing — unless it’s someone’s birthday, of course!

If the unit finds out on their own, you’re in for a terrible surprise. If you’re the idiot who brings it up, don’t expect cake and ice cream from the guys. 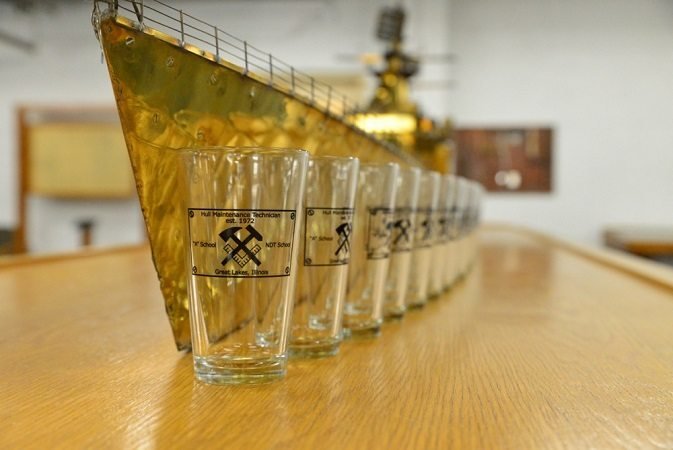 “Your present is to buy everyone else a shot!” (Photo by Brian Walsh)

To the normal person, this would contradict the earlier rules of “embrace silliness” and “forget personal space,” but this is different in its own weird way.

We tell ourselves that we’re hardened, ass-kicking, life-taking, warfighting machines. The truth is, we just don’t have the time or desire for little things, like talking about our feelings or establishing emotional safe spaces. If you just really need a hug, you’ll have to either disguise it as a joke or go and see the chaplain — and even they probably won’t give you a hug, wimp. 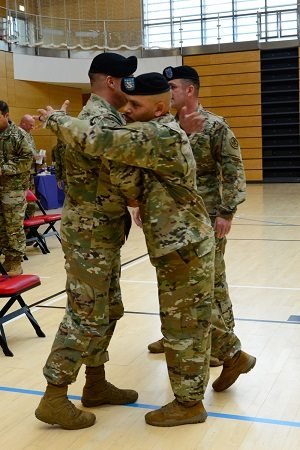 Anything outside of the “two-pat bro hug” greeting is pushing it. (Photo by Spc. Emily Houdershieldt)

Normal people would try to figure out the little things, like “why are we doing this exact same, mundane task for the ninth time this month?” Troops, on the other hand, just give up hope after a while and do it.

This is so ingrained that when someone does ask a question, it’s treated like a joke. 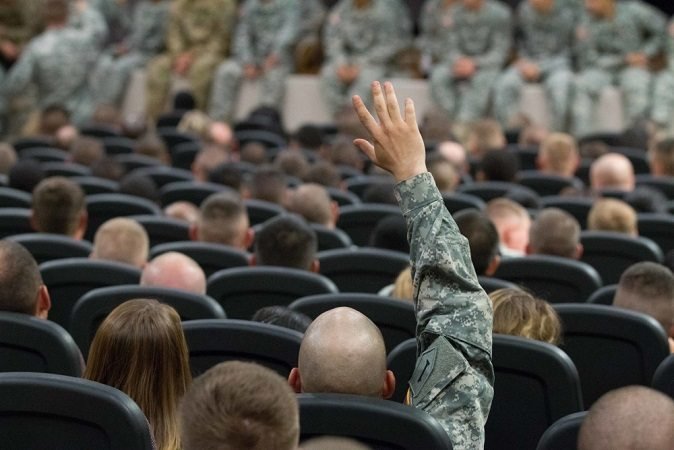 And don’t you dare ask a question in a group setting. You’ll get death glares. (Photo by Amanda Kim Stairrett)

3. Taking care of your body

Troops work out constantly. Once for morning PT and probably again when they go to the gym.

All that effort totally negates all of the coffee, energy drinks, beer, pounds of bacon, burgers, pizza, and cartons of cigarettes that an average troop goes through… right? 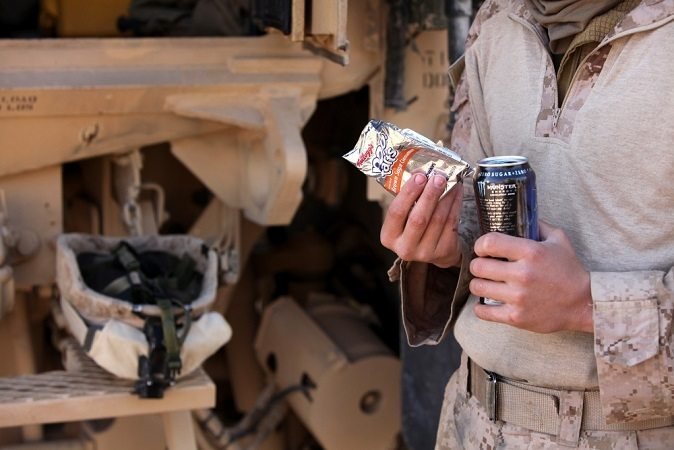 It’s the breakfast of champions! (Photo by Sgt. Anthony Ortiz)

2. Turning down a chance to do dumb things

If a troop gets a call and the person on the other end says, “we need you out here quick. Don’t let Sergeant Jones find out about it,” context doesn’t matter. They’re there and are probably three beers in before anyone can explain what’s happening.

Best case scenario: It’s an epic night. Worst case: It ends up being a “no sh*t, there I was…” story. 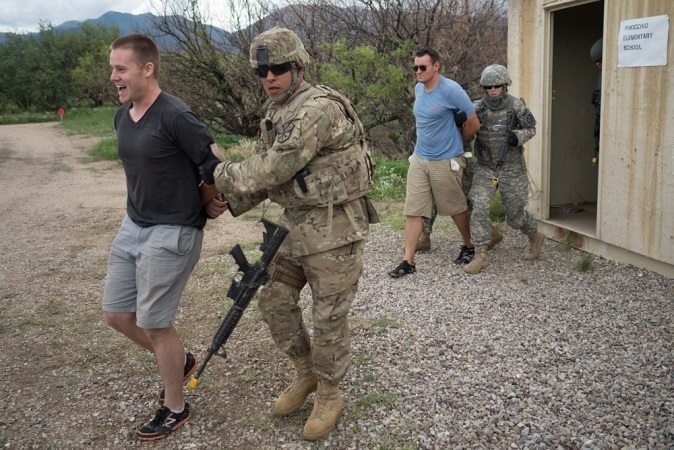 Don’t worry if you don’t go. Everyone who was there will share the story at least three times that week. (Photo by Staff Sgt. Brian Barbour)

1. Showering without flip-flops on

Only two types of people clean off in a community shower without “shower shoes:” Idiots and people trying to catch gangrene.

You have no idea what the person before you did in that shower nor how often that shower has been cleaned. Why on Earth would you dare put your feet on that same spot? 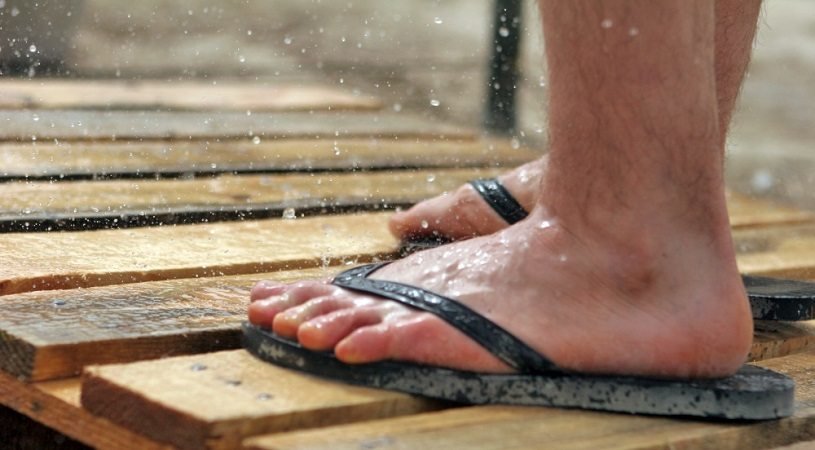 That and you don’t want to walk between the shower and your hut without them. (Photo by Sgt. Randall Clinton)

Summary
Article Name
8 Civilian Behaviors That Will Make You Weird in the Military
Description
The military will train you to act a certain way, and there is a reason for that. But if you try and take certain civilian behaviors with you, you'll just be weird.
Author
Eric Milzarski
Publisher Name
We Are The Mighty