7 Things Young Troops Do Before Their First Deployment 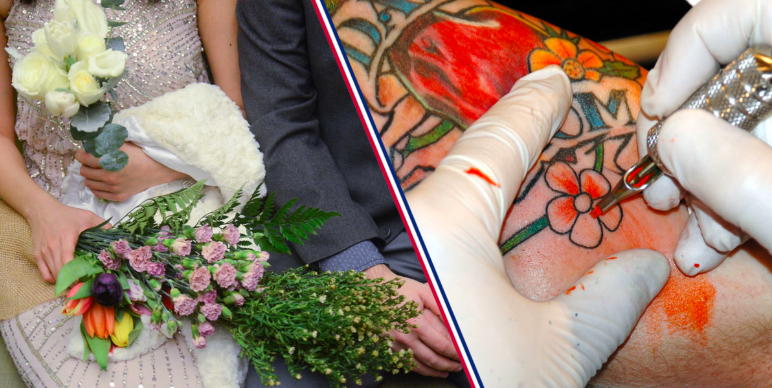 Deployments are hard on everyone. But no one feels the sting of a deployment like the troops. The more senior troops who spout the phrase “not my first rodeo” like they came up with it really are used to the lifestyle change of deployments. They’ll kiss their family goodbye and tell them that they’ll see them in a few months.

Younger troops who’ve never deployed often have no frame of reference for what’s about to happen. They’ve been preparing their entire career for this moment but they are lost. Since their leadership is often more focused on getting the missed holidays out of the way early — the Joes will fall into these same traps.

Related: 7 dumb things troops do the first week home after a deployment

7. Forget about all of the actual pre-deployment checklists the CO put out

The commander thinks they’ve set up a nice plan for all of their troops to successfully get ready for a deployment. They probably even tasked a high-speed platoon leader with detailing it all out in a nice PowerPoint presentation to show all of the eager troops two weeks out.

Too bad no one is going to follow those plans. Troops won’t even follow the stupid simple recommendations like “unplug your car battery” or even “leave your car somewhere secure.” That’s just the light stuff. You can be certain that there’s a handful of people who never got their will finalized or a special power of attorney written.

If your way of disseminating important information is through something that you KNOW puts people to sleep, don’t expect anyone to listen.

The last few days of being stateside is usually filled with plenty of alcohol. From day drinking to barracks parties to bar hopping, younger troops will always have a glass or can in their hand.

To be fair, there isn’t much change in a younger troop’s drinking habits from a regular pay day to the day they find out that they’re deploying. They now just have an excuse to indulge (and a sympathy-earning reason for smelling like a brewery the following morning).

NCOs might join in. But their excuse is to “watch out for them doing dumb stuff.” At least that’s what they tell their spouse.

5. Go on one last night on the town

To put this as politely as possible for our more family-friendly audience, younger troops are trying have a good time with the person that they’re interested in. They often have a secondary goal while out barhopping: to find that last bit of companionship before going on a twelve month drought.

Whether they’re in the search of the “right one” or “the one right now” depends on the troop. But you can be sure that they’ll use the “I’m an American GI about to deploy” as a pickup line. This often leads directly into the next box on their checklist.

It’s just a part of military culture that troops often jump headfirst into a marriage that they aren’t prepared to be in. The promise to get out of the barracks isn’t much of a concern but if they’ve already found the one that they’re in love with (or occasionally “in love” with), they’ll tie the knot right away.

There is a financial benefit that troops keep in mind. The joke about troops and their soon-to-be spouse just after the BAH and Tricare has some grounding in reality. So why not nosedive into a presumably life long commitment for an extra bit of cash every month?

But then again, I’m a romantic who likes to believe love isn’t dead in this world.

3. Get plenty of new tattoos

Tattoos and troops also go hand in hand. Since they won’t be getting any new ink (or at least access to a clean and healthy environment) for a while, they’ll try to get that last idea that they had in mind done before stepping foot on that plane.

Plenty of troops also forget the logistics behind huge tattoos. Back pieces or intricate artwork like sleeves take a lot of time to ink and even more time to heal up before the artist could finish their work. So it’s not uncommon for troops to deploy with just the line work done and have to wait until they’re back to finish coloring it in.

Unless it’s something small or quick, don’t expect it to heal up before deploying either.

2. Buy all sorts of tacticool crap they probably won’t use

There’s kind of a misconception spread by video games that troops can just attach whatever they want onto their weapon or that they can use whatever tacticool stuff they want for their deployment. The actual truth is that if it wasn’t issued out (or sold at the Exchange), it can’t be used.

It’s their money so they can spend it how they like. But no platoon sergeant will ever let their private go outside the wire wearing some gear that looks operator AF but is really just cheap and painted black. Same goes for any kind of modification to their assigned weapon.

Cool points downrange aren’t given for looks — they’re given for actions.

1. Blow all of their money

There are benefits to deploying while being young, single, and debt-free. Troops can blow every single cent in their bank account and not have to worry about making ends meet for the next few months.

There are at least three meals a day and a bunk to sleep on until they get back and blow all that money they saved.

Oh the joys of life without responsibilities. ​

READ NEXT: THIS PILOT SHOT DOWN AN ENEMY AT PEARL HARBOR IN HIS PAJAMAS

Article Name
7 Things Young Troops Do Before Their First Deployment
Description
Leaving on your first deployment can be a scary and exciting time, to compensate for that you may choose to do some pretty dumb (and awesome) things beforehand.
Author
Eric Milzarski
Publisher Name
We Are The Mighty